A race defined by 54 gruelling kilometres over the roughest cobbled roads in Northern France, Paris-Roubaix takes place on Sunday. The Hell of the North is one of the most anticipated races on the calendar and delivers drama year after year. Its unique character makes it one of the hardest races to predict. After Alberto Bettiol (EF Education First) soloed to his first professional victory at the Tour of Flanders last weekend, there’s a number of big names who will look to Paris-Roubaix as their last chance to salvage something from the 2019 cobbled Classics. While there is inexplicably no women’s Paris-Roubaix, here are the men we think have a shot on Sunday. 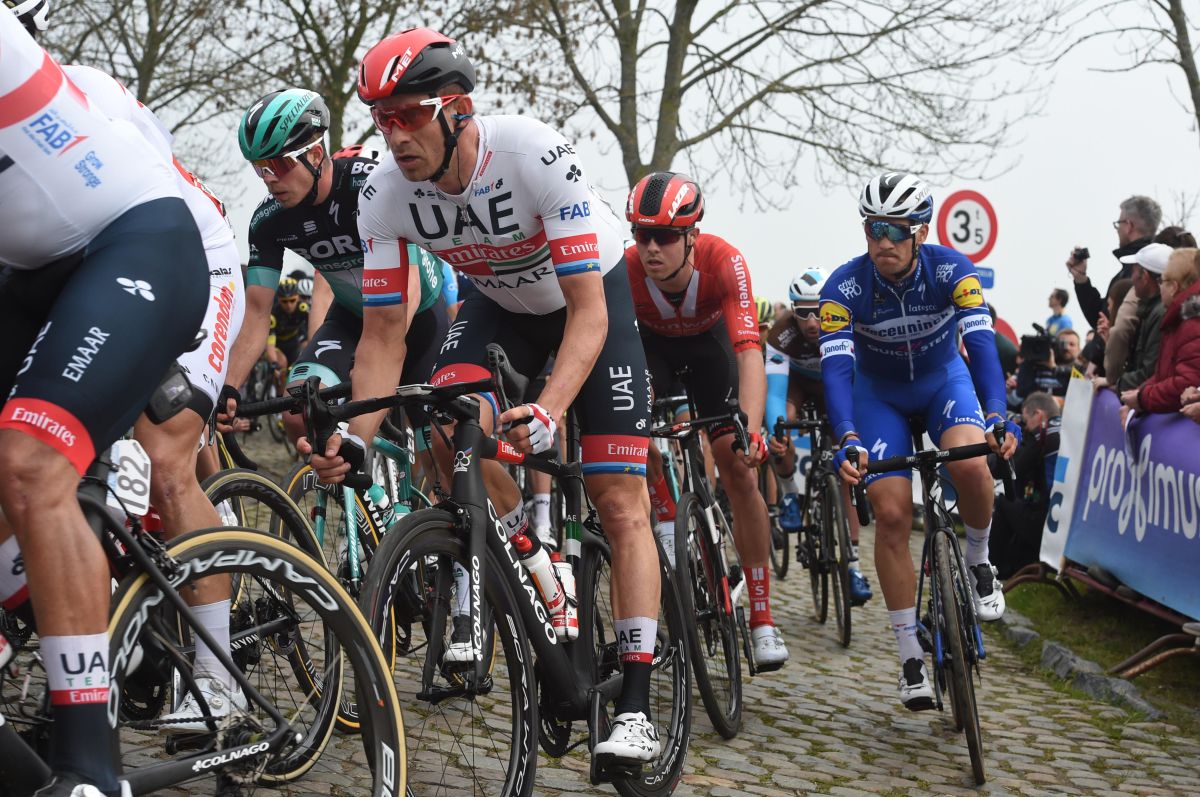 The more races I watch this season, the more I fancy Alexander Kristoff to win the big events. The Norwegian has handled UAE-Team Emirates bringing in another sprinter, Fernando Gaviria, this year with class, taking his first win in early February. His Gent-Wevelgem victory was well deserved, and I liked the way he asserted himself to earn a podium spot on Sunday’s Tour of Flanders. He’ll make the selection on Trouée d’Arenberg, stay out of crash and mechanical trouble, and then withstand attempts to shed him on Mons-en-Pévèle and Le Carrefour de l’Arbre. It’s time he added a third Monument to his palmares, the 2019 Hell of the North added to the 2014 Milan-San Remo and 2015 Tour of Flanders.

Which race best suits a 6’3″, 80 kg powerhouse with only one pro win on his palmares? Why, that would have to be Paris-Roubaix. Nils Politt (Katusha-Alpecin) has been developing over the past couple of years into a very capable Classics contender as his fifth at the Tour of Flanders and sixth at the E3 BinkBank Classic this year demonstrate. In an unpredictable race where strong legs and good luck count for a lot, I’m tipping the 25-year-old German to take the biggest win of his career. Politt delivered a fine ITT at Paris-Nice finishing only behind a flying Simon Yates showing he can sustain big watts over tough terrain. With some fast contenders lining up in Compiègne, I think a brave solo move over the cobbles by Politt will win the day. He’s shown a good sense in the past to make it into late-race moves and even packs a respectable turn of speed if it comes down to a reduced bunch sprint. He won the sprint for seventh last year in the Roubaix velodrome. 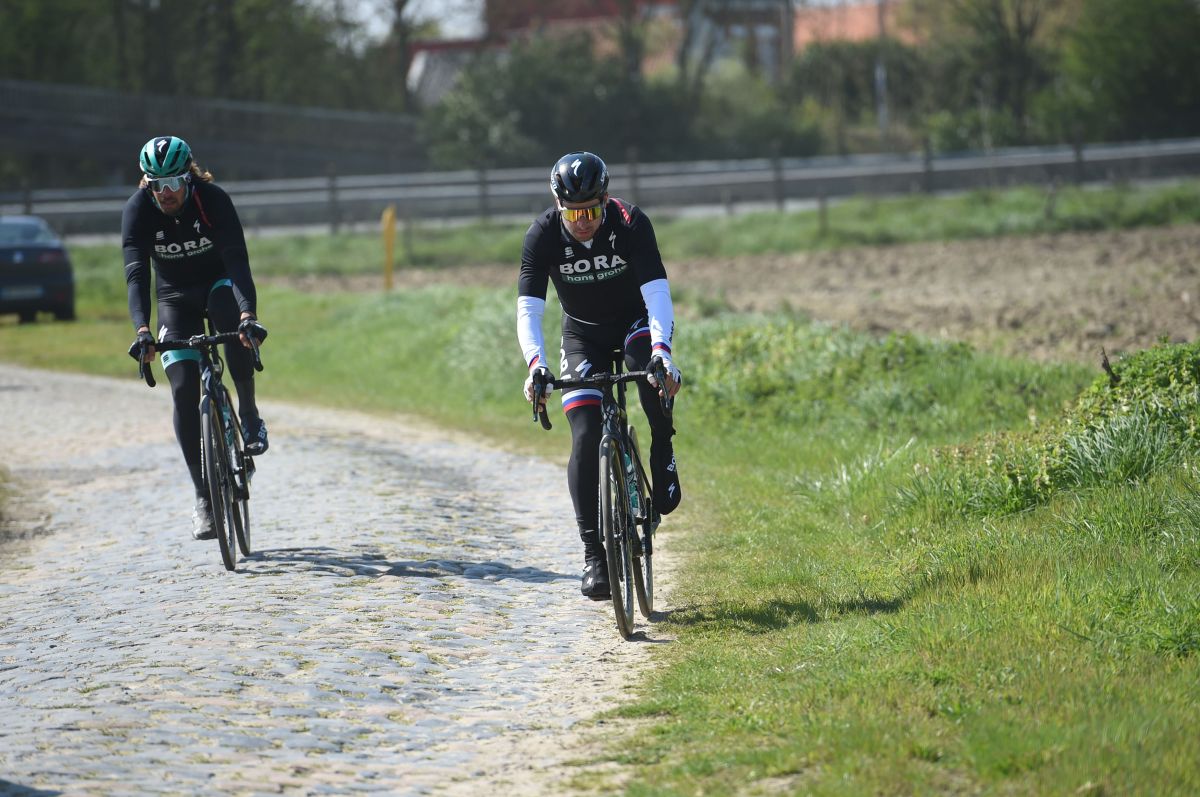 I said last week that if Peter Sagan didn’t win in Flanders, he’d repeat at Paris-Roubaix. He wasn’t even close at Flanders, so I guess I’m locked into backing the entertaining Slovakian again this weekend. It’s not looking great, and even the three-time world champ has admitted he’s not where he’d like to be. Maybe he’s just trying to deflect attention, as we’ve seen Sagan do so successfully in the past. He wasn’t supposed to win when I picked him last year, then put down one of the best Paris-Roubaix finishes in a while. It’s not likely, but there are worse choices and at least Mathieu van der Poel won’t be there.

Roubaix is often thought of as a bit of a lottery, with serious contenders falling to misfortune every year. But the Hell of the North is less mercurial than it appears, the winner’s role is filled with far more big names than the likes of Johan Vansummeren or Matthew Hayman, journeyman winners who stick out in memory precisely because they are the exception to the rule. And given that Flanders already sprang a surprise winner on the peloton, any would be escapee will be on an even shorter leash. On current form, Alexander Kristoff looks the best of the likely favourites to me. The big Norwegian won Gent-Wevelgem this spring, and handily took the sprint for third at Flanders, signalling that he has rediscovered the form that won him De Ronde in 2015. If a small group of heavyweights arrive in the velodrome together, I am betting Kristoff will be there, ready to unleash his sprint. 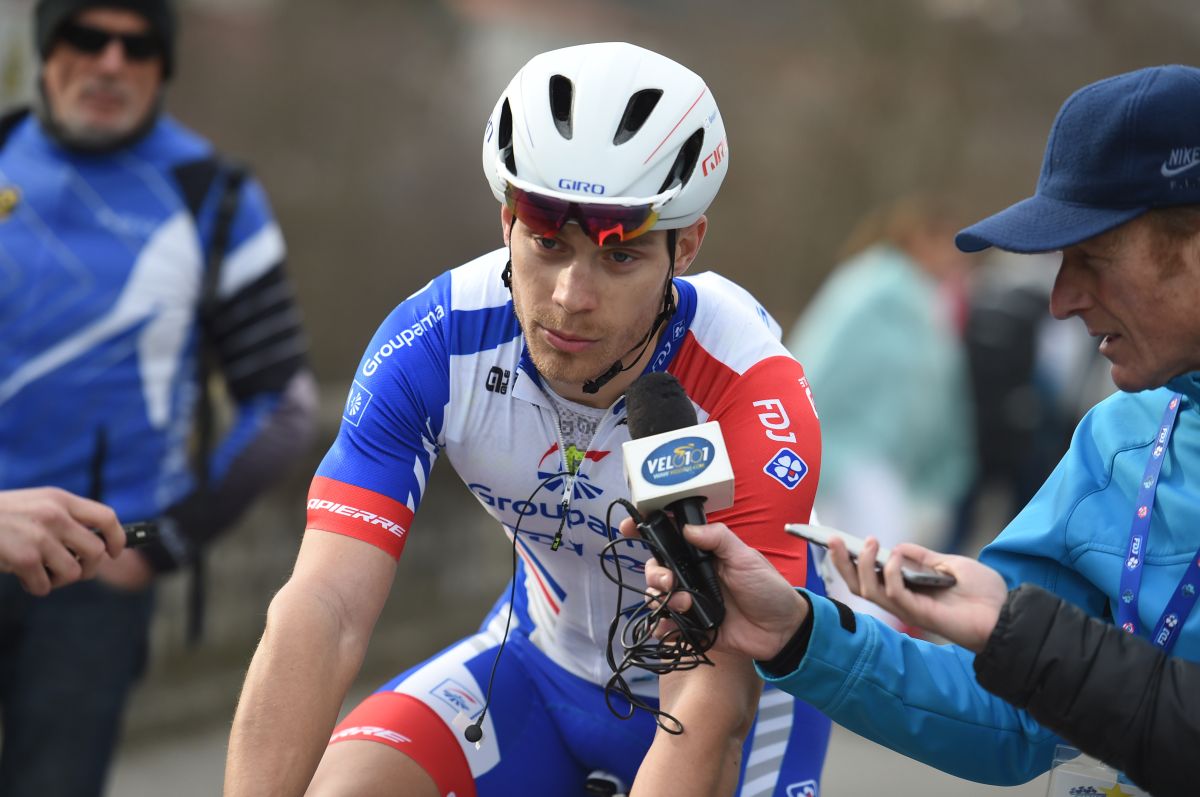 While l love watching Paris-Roubaix and I love how unpredictable it is, I hate picking a favourite to win because, well, it’s so unpredictable. Right now, I’m in the middle of William Fotheringham’s Sunday in Hell, which chronicles the making of Danish director Jorgen Leth’s film on the 1976 edition of Paris-Roubaix. It’s fascinating. Leth focuses on Roger de Vlaeminck, Eddy Merckx, Freddy Maertens and Francesco Moser. The director made some solid bets with that bunch. De Vlaeminck—Monsieur Paris–Roubaix—had won the previous two editions, as well as in 1972. Merckx had won three times. Prior to P-R that year, Maertens won Amstel Gold and Gent-Wevelgem. Moser would go on to win three consecutive Hells of the North. And who won in 1976? Marc Demeyer, that’s who. So, in the spirit of ’76, I’m going to take a bit of flyer: Marc Sarreau. He’s 25 years old, just like Demeyer was. Sarreau has had some strong performances this year, such as his win at Cholet – Pays de la Loire. He may not be a top pick for others, but he’s no slouch, like Demeyer, 43 years ago.