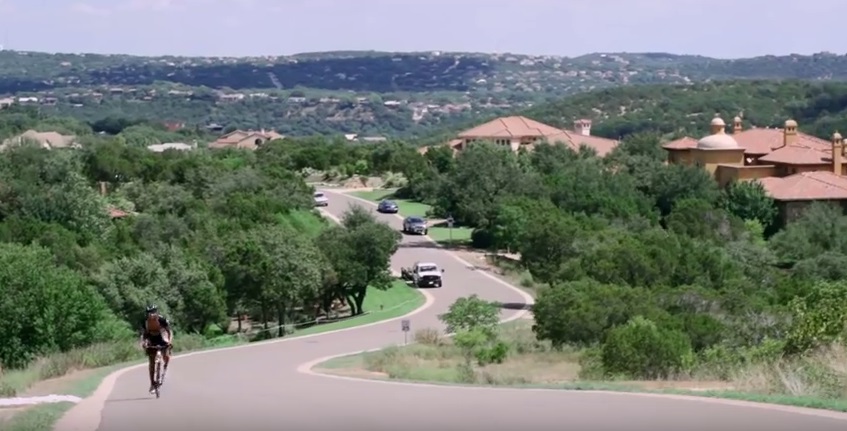 As the Wall Street Journal noted in December, cycling is fast becoming the training discipline of choice for the world’s top football players. The rigors of a hard climb, a fast sprint on the flats and the measured power output of cadence training, to name just a few benefits, amount to two wheels being a solid way of getting ready for game day for those who thrive on the gridiron.

In other words, the NFL is increasingly counting bike nerds among its ranks.

Tonight, the biggest event of the year’s football calendar kicks off—literally—when the Carolina Panthers face the Denver Broncos for Super Bowl 50. Take a look at this video, showcasing how one player, Kellen Winslow II, takes to the saddle to keep himself in top shape. It’s not just about exercise for the former Pro Bowl tight end, though, whose last game was in 2013 with the New York Jets. For the 32-year-old athlete, cycling has become a matter of obsession. He can regularly be seen riding the streets of San Diego, California—his hometown—clocking as much as 30 to 40 kilometres per day. With hopes for a comeback after being out of the game for a while, cycling, he says, is both a means to that end and a love affair in and of itself.

“It helps with explosion, stamina, endurance and it keeps your legs fresh and it helps range of motion. I have to ride to function,” he told the Wall Street Journal. And what are his favourite Tours to watch as a fan? “It’s hard to get all the channels but I have to make sure I get the Tour de France, the Giro d’Italia,” he said.

Here’s how the 10-year NFL veteran found his way into the saddle—and why he stays there.