The UCI WorldTour race calendar is set for an exciting expansion and in a move that will please proponents of women’s cycling, a 10-stage women’s stage is set to debut in Scandinavia in 2021. The Battle of North will match the Giro Rosa in terms of length and travel to Denmark, Sweden and Norway filling a slot on the women’s calendar in August. 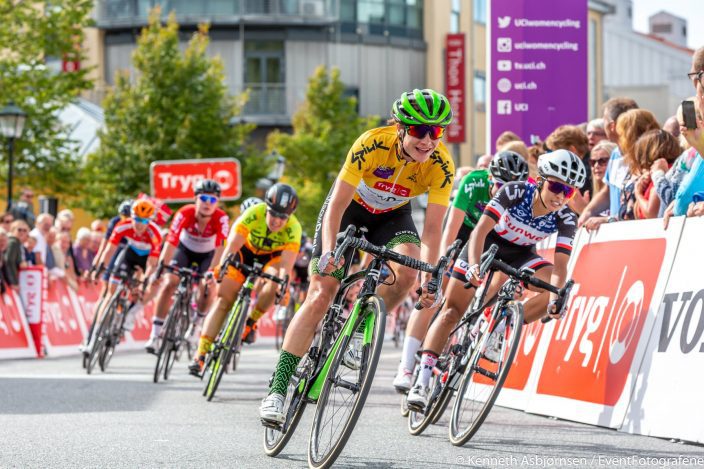 Behind the new race are the organizers of the Ladies Tour of Norway, the WorldTour-race in Vårgårda Sweden and the Danish Cycling Union. The Battle of North is being billed as a Tour de France for women but with only 10 stages over 11 days in Denmark, Sweden and Norway, it’ll lack the arduous length of the men’s Grand Tour.

“It’s a very exciting concept and I’m really looking forward to it,” said Marianne Vos who swept all three stages and the overall at the Ladies Tour of Norway last year.

The race was conceived by the Ladies Tour of Norway organizers and will see three countries cooperate to put on what will become tied for the longest race on the women’s WorldTour calendar.

“We are working with the biggest TV-channels in the three countries and even in this area it’s a unique co-operation between three countries and they find it both interesting and exciting,” said Kjell-Erik Kristiansen responsible for media at the Ladies Tour of Norway.

Currently, the longest race on the women’s UCI WorldTour calendar is the Giro Rosa which takes place in July often overlapping with the Tour de France. Pressure on Tour organizer ASO to hold a more substantial women’s stage race have thus far failed with the one day La Course giving the stage to the women for only a brief moment during the men’s three-week Grand Tour that is the biggest cycling event in the world.

Denmark is set to host the Grande Depart for the 2021 Tour de France.