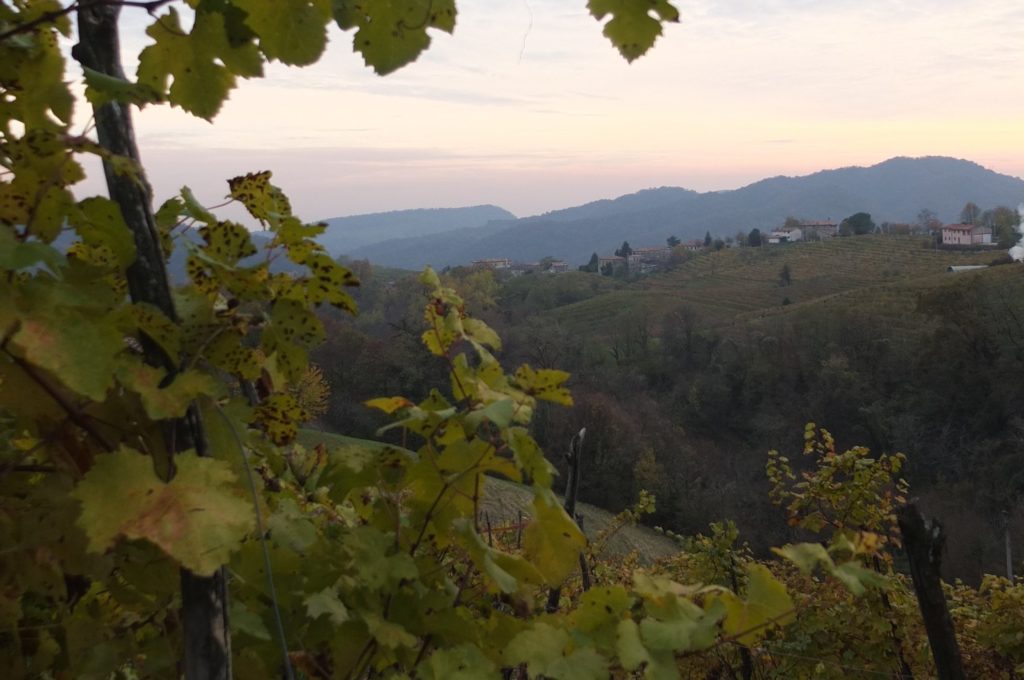 Prosecco vineyards of the Treviso region 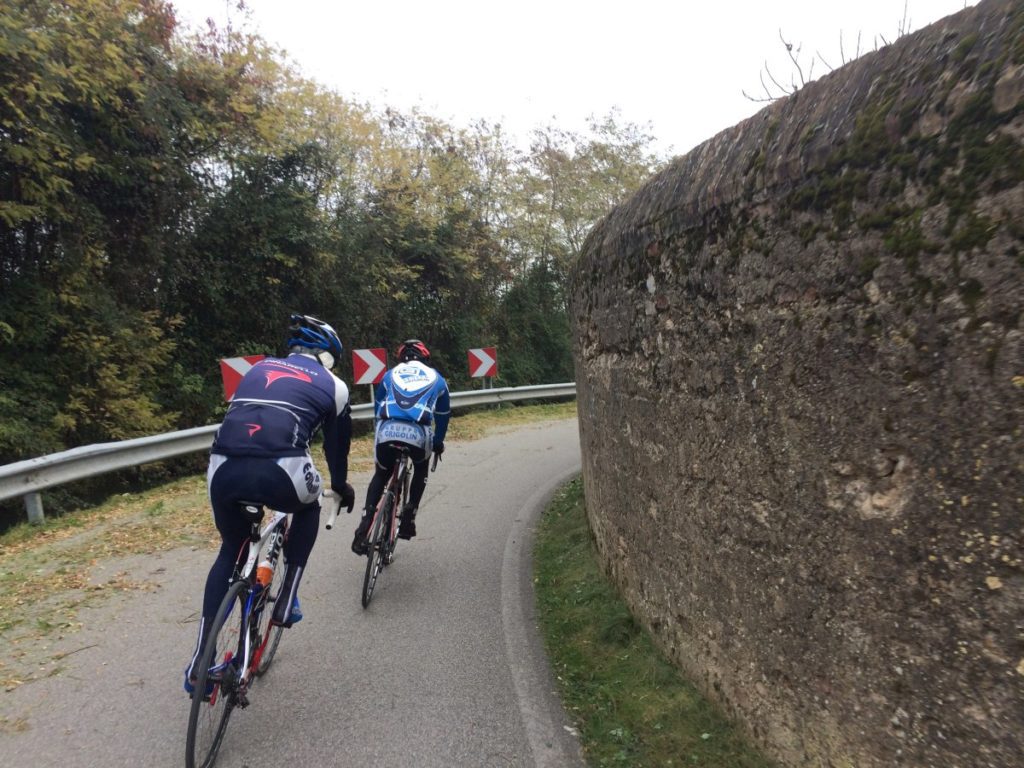 Chasing the locals in the Montello Hill area 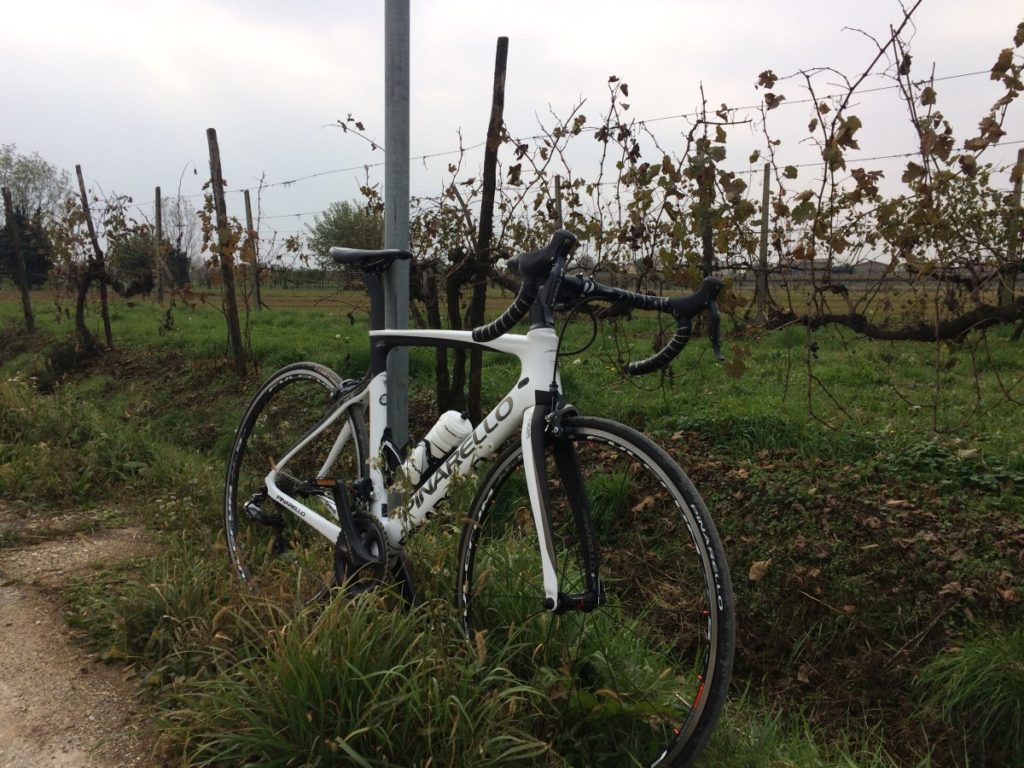 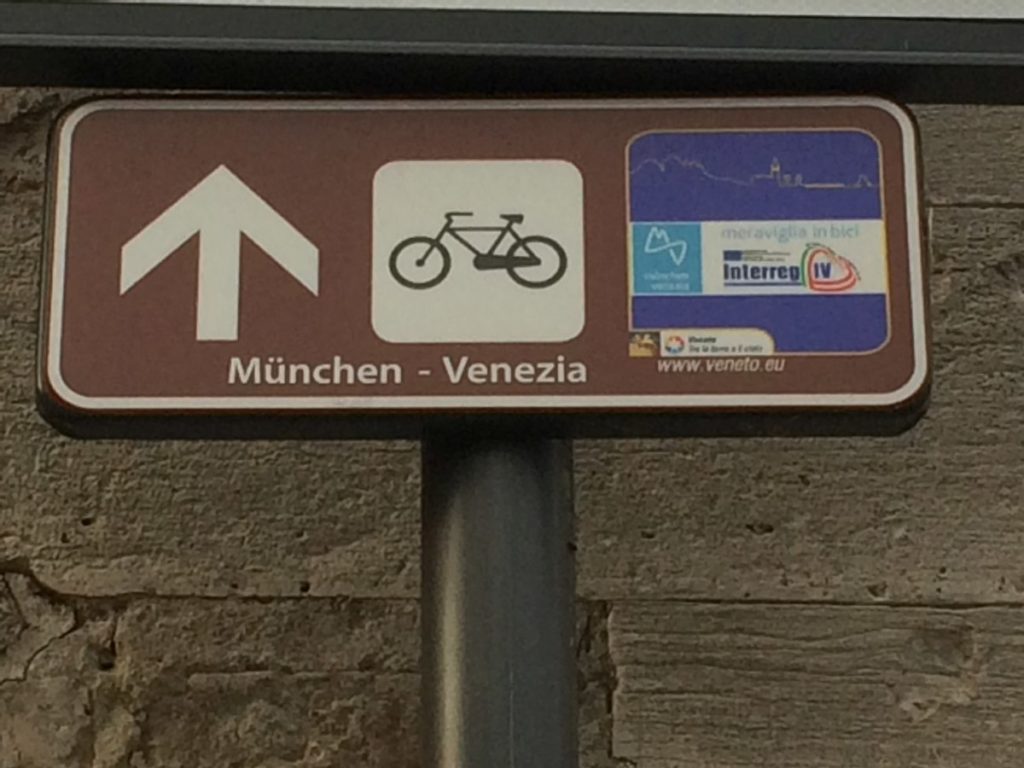 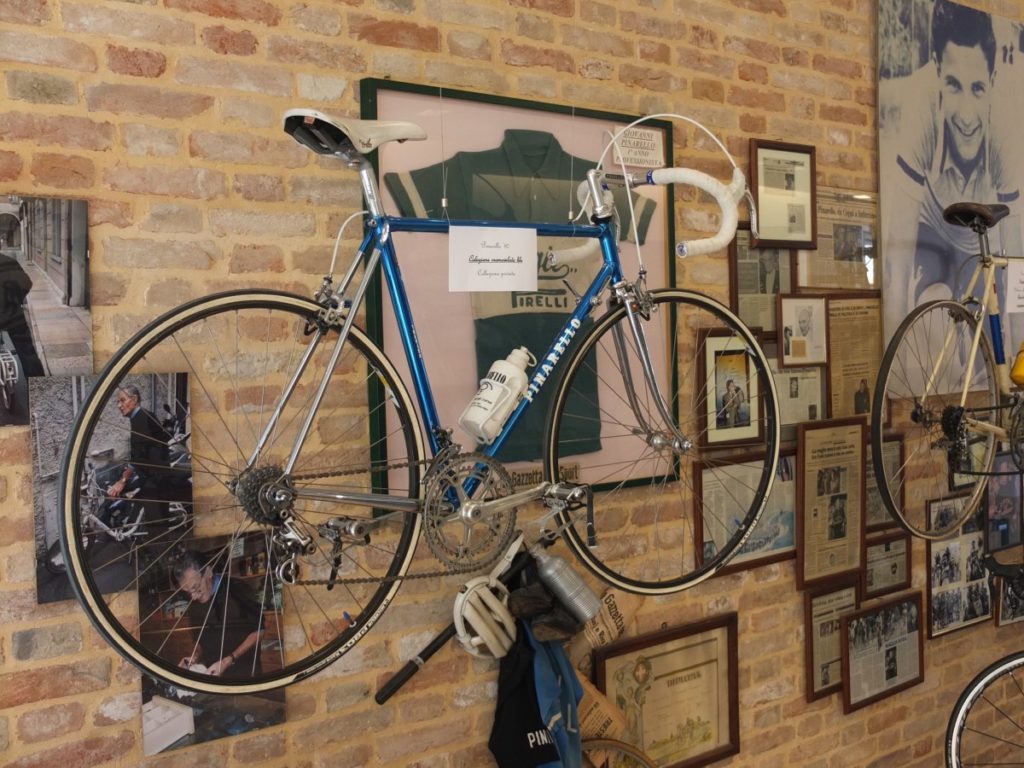 A wall of history in at the Pinarello store in Treviso. 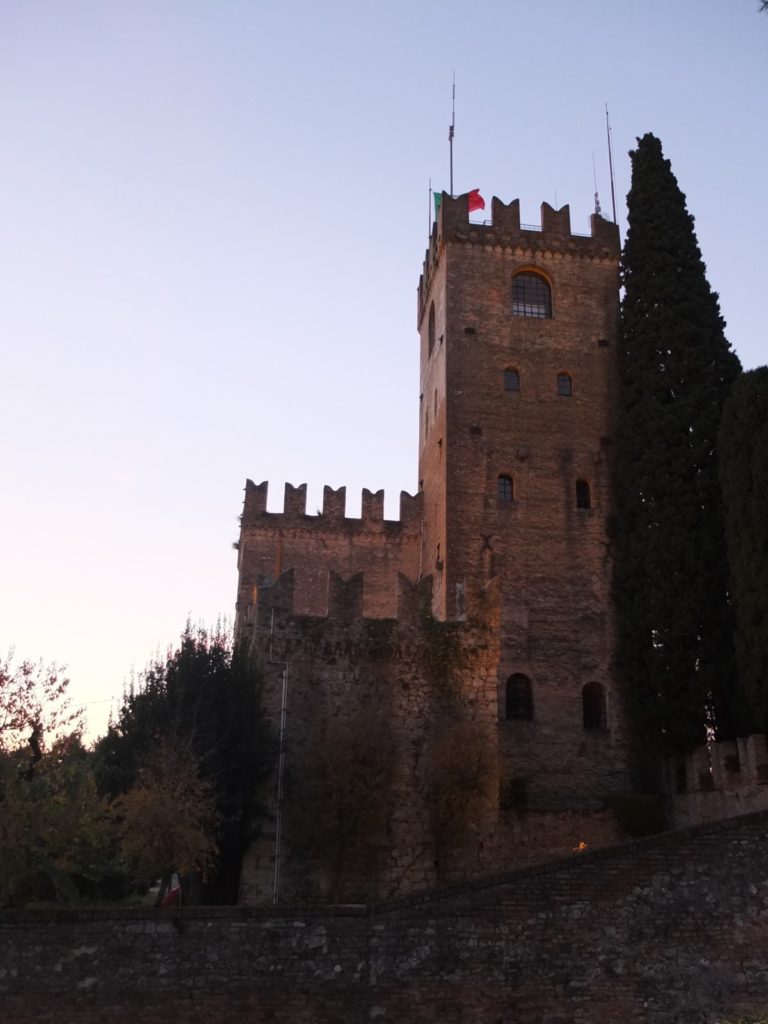 One of many castles in the Treviso province still standing proud. 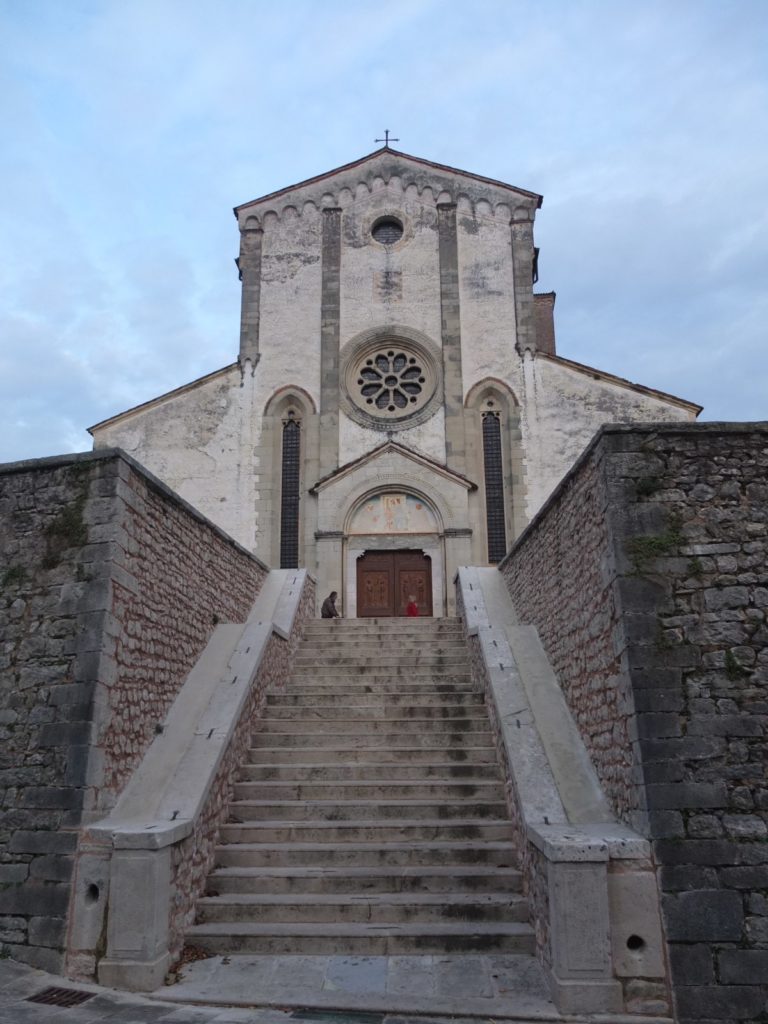 Abbey of Santa Maria in Follina 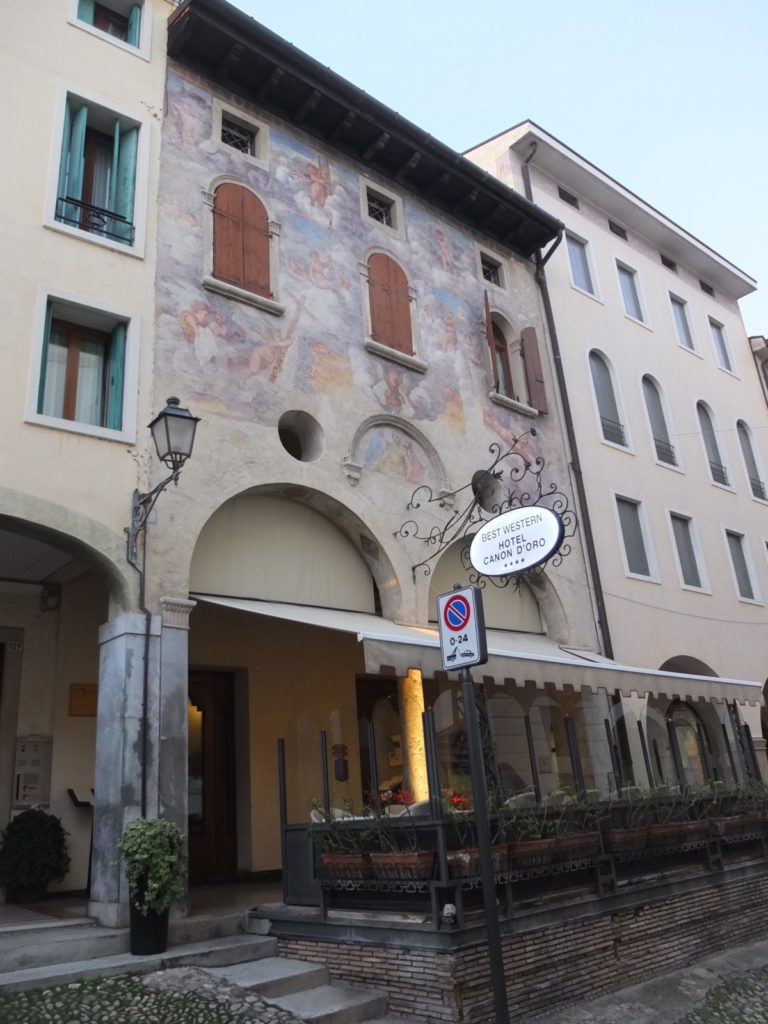 The Hotel Canon d'Oro in Conegliano caters to the needs of visiting cyclists. 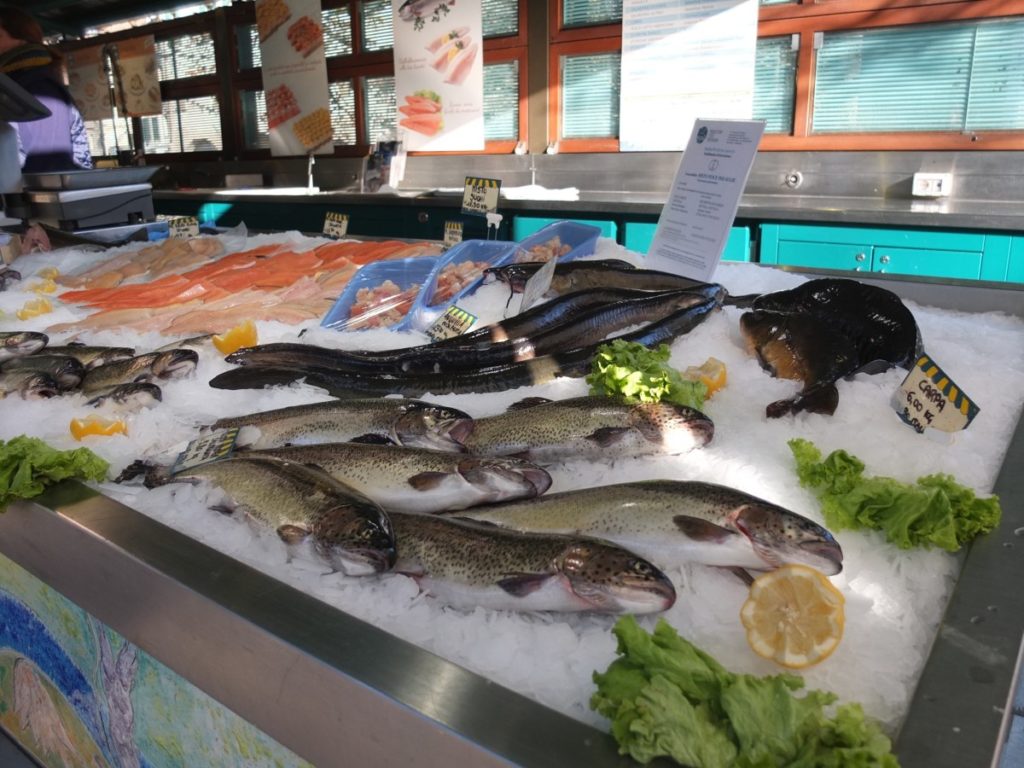 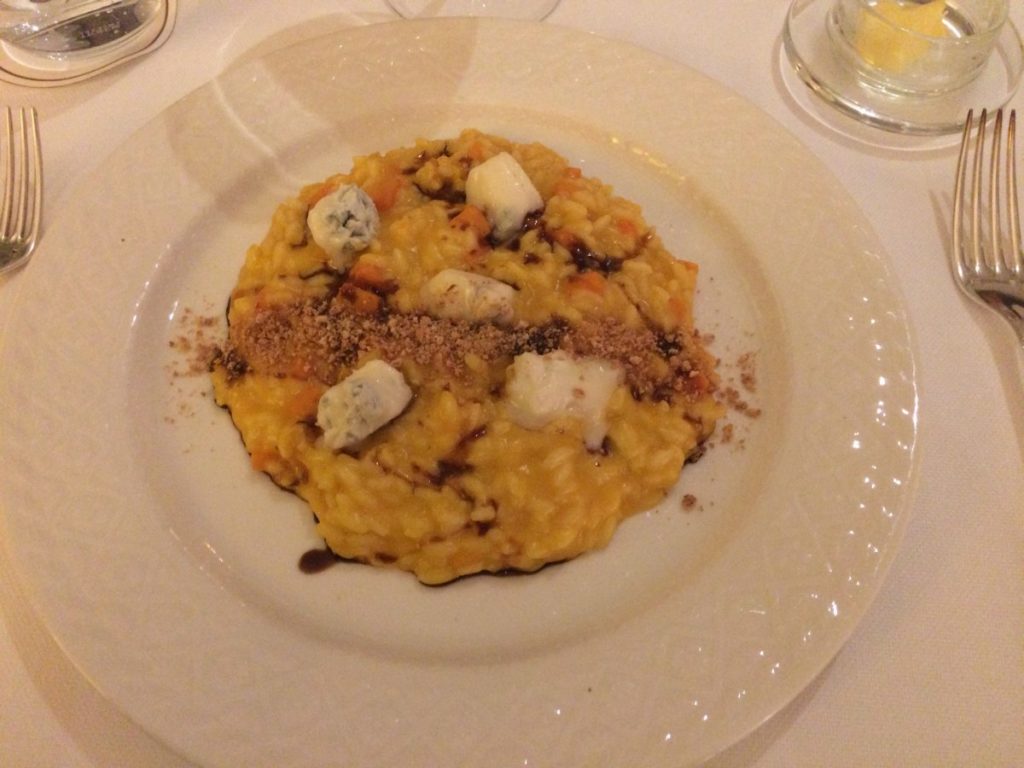 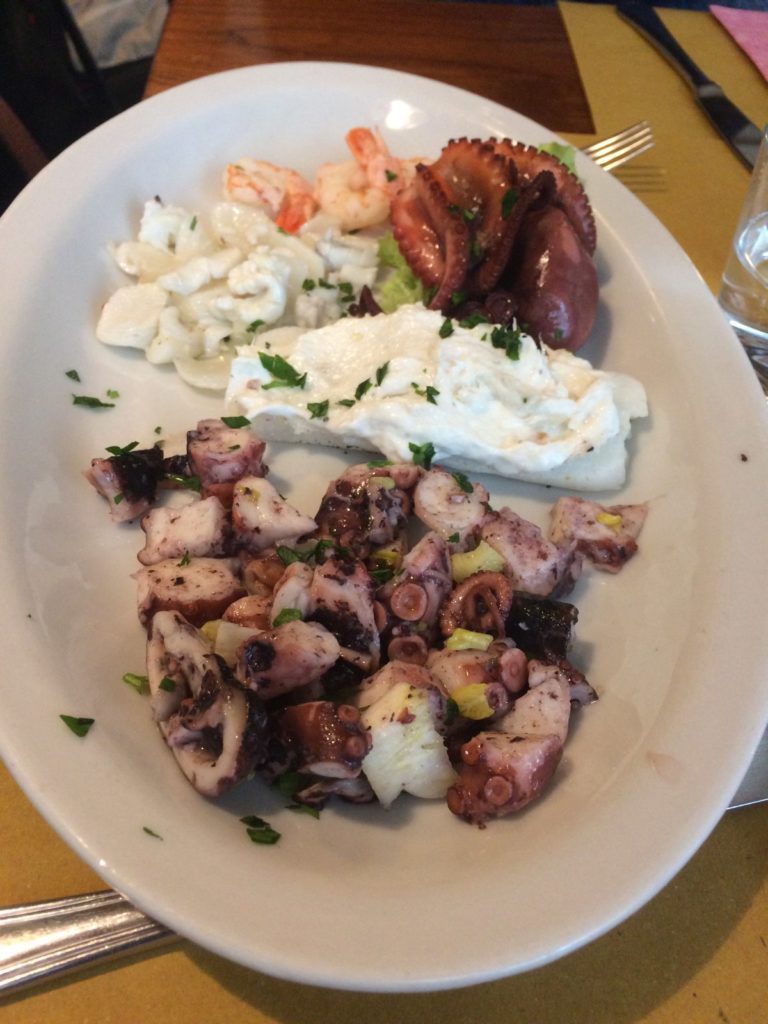 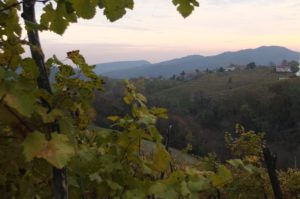 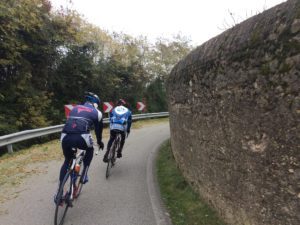 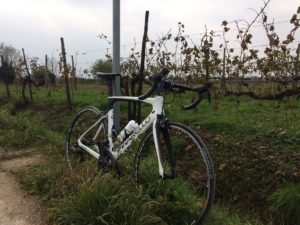 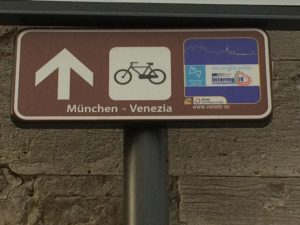 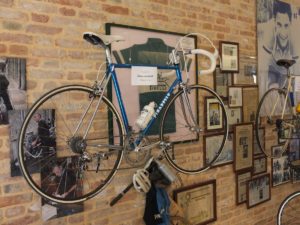 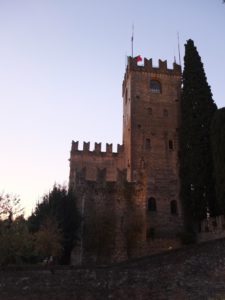 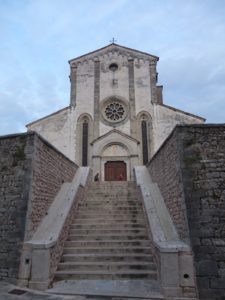 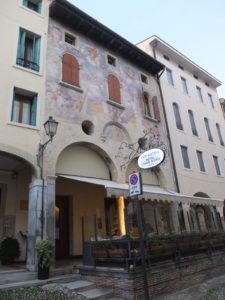 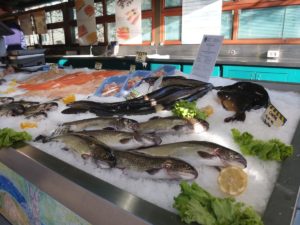 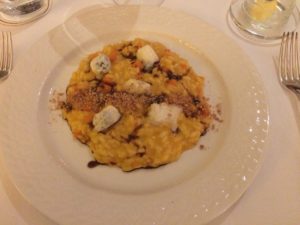 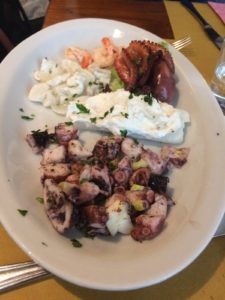 In Treviso, Italy, just north of Venice, you’ll find excellent riding between April and September. This year, however, you might want to target May for a visit when the centennial edition of the Giro d’Italia passes through the region. It would be the icing on the cake of an unforgettable getaway spent cycling through picturesque villages and numerous vineyard covered hillsides.

In Treviso, there’s a passion for cycling and a history to match. It hosted Italy’s national championships in 2010 and the 1999 world championships. Pinarello is based within in the walled city, while the 600-km Munich-Venice cycle route passes through the region as well.

The Hotel Canon d’Oro in the town of Conegliano about 30 km northeast of Treviso caters to the specific needs of cyclists with bike storage, a heartier breakfast and great information on the best cycling routes. It also offers discounts to cyclists who stay at the facility.

The Michelin-starred La Corte restaurant and attached Relais and Chateau Villa Abbazia is located in an 18th-century villa in the village of Follina. The hotel’s owner, Giovanni Zanon, is a rider and has put together custom guided cycling tours for all abilities complete with rental bikes, bike storage and mechanical assistance. There’s even post-ride ride massage services.

For my riding I was atop a Pinarello Gan with Ultegra Di2 supplied by the brand’s concept store which was a short walk from my hotel. With a map, some snacks, water, and a general direction I wanted to ride in, I headed out solo. I was almost overwhelmed by variety and options of the riding. The geography around the canal-filled, city of Treviso is flat which makes for a nice warm up before hitting the hills of the Venetian Prealps to the north.

It wasn’t long before some local riders out for a midweek spin joined me. I deduced through our not-so-fluent-in-either-language conversation as we cruised along the roads around the popular Montello Hill area that they were trying to figure out who this guy (yours truly) whom they had been trying to catch was.

Montello is a big hill with about three dozen quiet secondary roads that climb steadily up to the wooded crest. The roads have varied gradients making the riding interesting and challenging. The descents are phenomenal as well. You have to keep your eyes on the road as it’s easy to get taken in by the views. On my chilly November weekday ride, I saw no less than 50 local club riders in the area.

On top of some of the finest roads you can find for cycling, the area has many other attractions. It is Italy after all. There are churches and castles thousands of years old, art exhibits, shopping, farm-to-table dining at Michelin starred restaurants, abundant fresh seafood and the true driving force of the local economy, prosecco. Treviso boasts the only areas where the finest vintages are produced. Next to leaving so many roads unexplored, breaking the habit of a relaxing afternoon glass of prosecco was for me, the hardest part of coming back to the hurried North American way of life.

While there is quality pasta, as you’d expect in Italy, the local restaurants were also very creative with rich pumpkin and gorgonzola-infused risotto dishes, varied preparations of polenta, radicchio, octopus, and game birds such as guinea fowl and quail. I was able to taste at least four delicious versions of the local tiramisu during my five day stay. You will not leave hungry.

Aside from a trip to Treviso, I would also recommend another trip to experience the Munich-Venice cycle route. It’s now on my personal bucket list. With sections of tractor path and farm roads, a touring, cyclocross or gravel bike with 28-mm tires would be the ideal choice for this trek. The route passes through the Alps so your bike should have a wide range of gears. There are organized tours in which luggage can be sent ahead so you can travel light, but there are also plenty of accommodations on the route. For more information, visit muenchen-venezia.info.