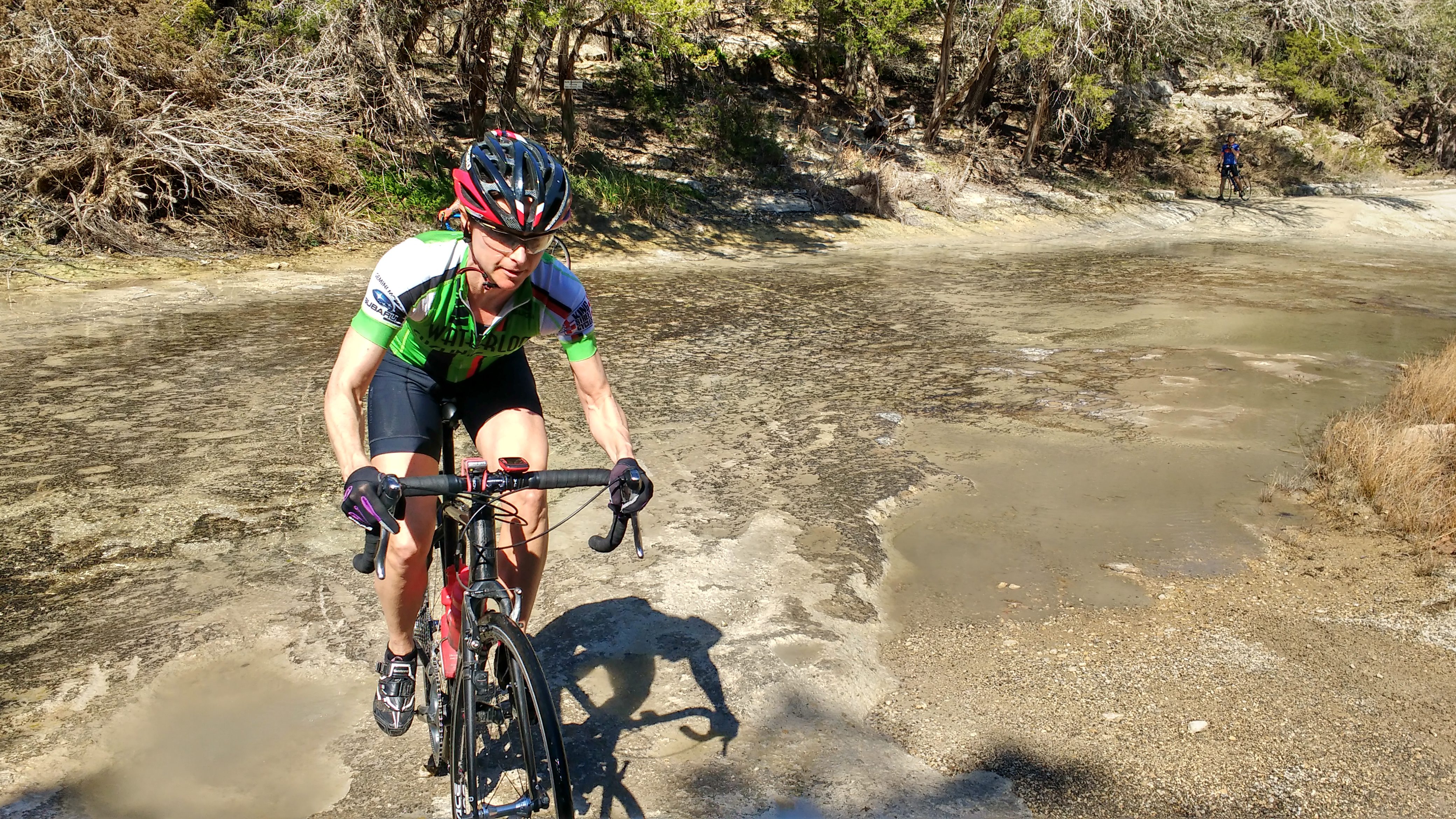 Southern California and Tucson, Ariz., often come to mind first when you think of south-of-the-border options for pedal-powered winter retreats. But America’s second-largest state can also satisfy the Lycra crowd with a winning mix of eyesome countryside, tasty eats and prodigious amounts of hospitable cowboy culture. Always eager to sidestep the worst of Ontario’s winter, my partner Tabi Ferguson and I, along with friend James Godfrey, packed up the cars and set off on a sojourn to Texas for what we hoped would be a fruitful escape from the indoor trainer.

To be honest, our first impressions of the Lone Star state from a cyclist’s viewpoint were somewhat of a mixed bag. With an influx of hipsters and techies, the population of Austin has ballooned in recent times. In car-crazy Texas, our initial rides were too saturated with four-wheel machines for our comfort. Before our trip, Lago Vista, Bee Cave and other idyllic sounding places  on the outskirts of Austin seemed as if they would provide swoon-worthy cycling. They’ve actually fallen prey to car-centric suburban planning, far from the funky vibe that longtime Austin dwellers wish to maintain.

But with help from Strava, Tabi got the hang of piecing together excellent urban routes ranging from short jaunts to full-day adventures that made use of less-trafficked roads or those with Texas-size shoulders and cycle lanes that are often smoother than a waxed whale. Say what you will of Lance Armstrong, but he undeniably had a positive impact on cycling infrastructure in Austin, the state capital with a goal of laying down upwards of 1,200 km of bike lanes. Mellow Johnny’s, the iconic bike  shop associated with the infamous Tour de France rider, remains a favourite place for sourcing the latest gear and spirited group rides. 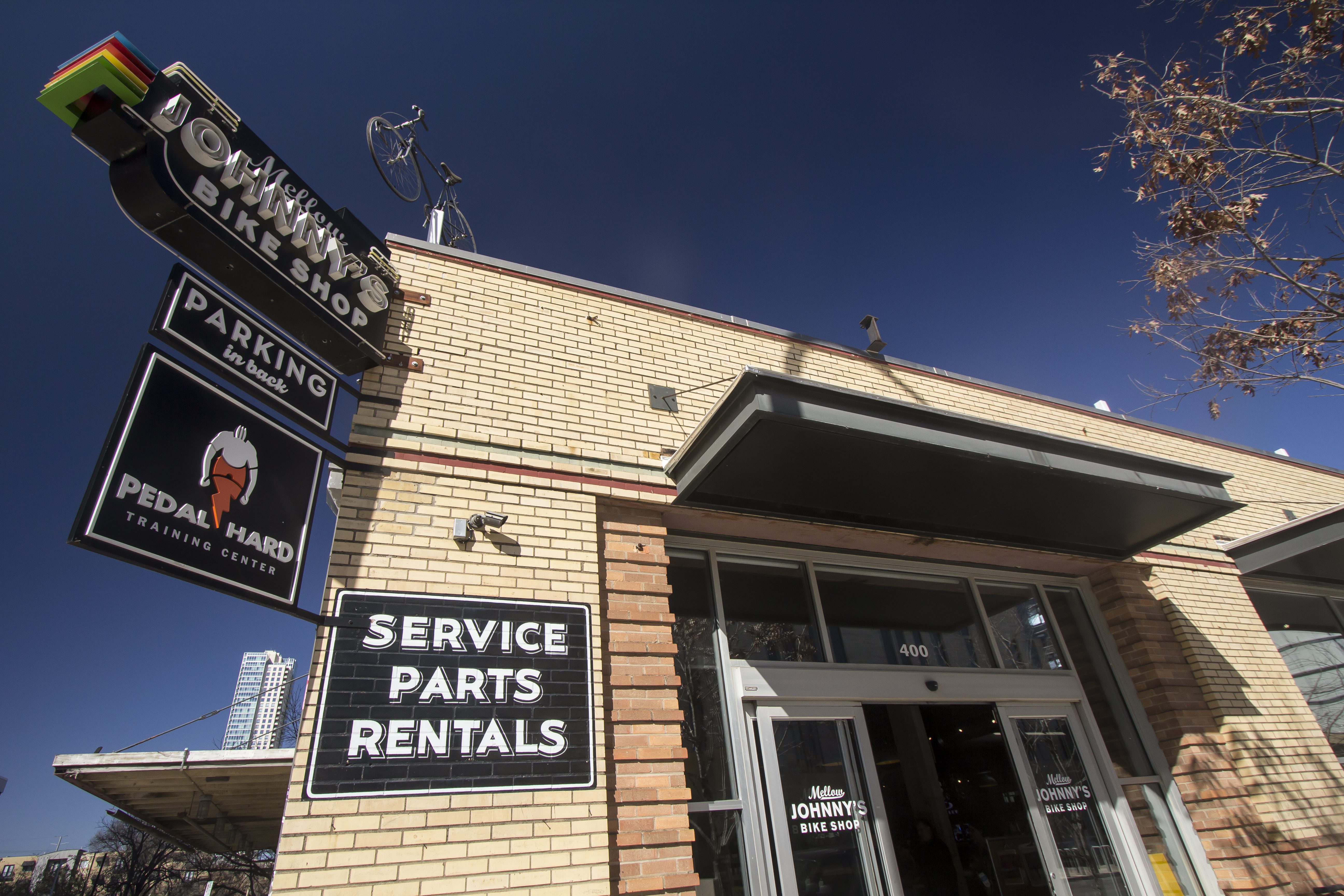 Away from McMansions and strip malls, we concentrated much of our cycling efforts while in Austin plying the quiet roads south of the city where a variety of routes take you into a sun-blasted countryside that seems yet to witness much, if any, trickle-down wealth. In the heart of Austin, the Barton Creek Greenbelt that’s dominated by sheer cliff walls provides an opportunity for nearly 13 km of challenging, rugged urban mountain biking or hiking when you need active off-the-bike time. Stand up paddleboarding has become a favourite activity along the Colorado River, which slowly winds through the heart of downtown.

For hungry cyclists, Austin delivers a bounty of gastronomic delights. Whatever your ol’ stomach craves, Austin has your back. The food truck scene has exploded, offering up no shortage of cheap eats ranging from ubiquitous tacos to dried avocado salad to kimchi pork-belly buns. Forward-thinking brick-and-mortar eateries, plentiful farmers markets, the world’s first Whole Foods, and a massive coffee and microbrewery culture also ensure that riders have no problem staying well-fuelled. I quickly realized that tamales are the ultimate on-the-bike gas. Home to the famous South by Southwest Festival, Austin is also a mecca for music lovers.

Of course, no visit to the Lone Star state would be complete without testing the capacity of your stomach to digest massive hunks of meat at a traditional Texas-style barbecue. We planned a rural ride to begin and end in Lockhart, a town south of Austin with a massive smokehouse culture. After all, the Texas legislature set forth a resolution naming Lockhart the barbecue capital of Texas, meaning there are no shortage of places with smoke-blackened ceilings where you can embrace your inner caveman with heaps of brisket, ribs and sausage unapologetically served on paper plates. No kale to be found. We settled on Black’s Barbecue, a longtime Lockhart favourite with a decor that is decidedly taxidermy and a sign boasting that the joint is open eight days a week. Despite torching some serious calories on wandering country roads well off the tourist paths, we needed an extra day to digest the gluttony. 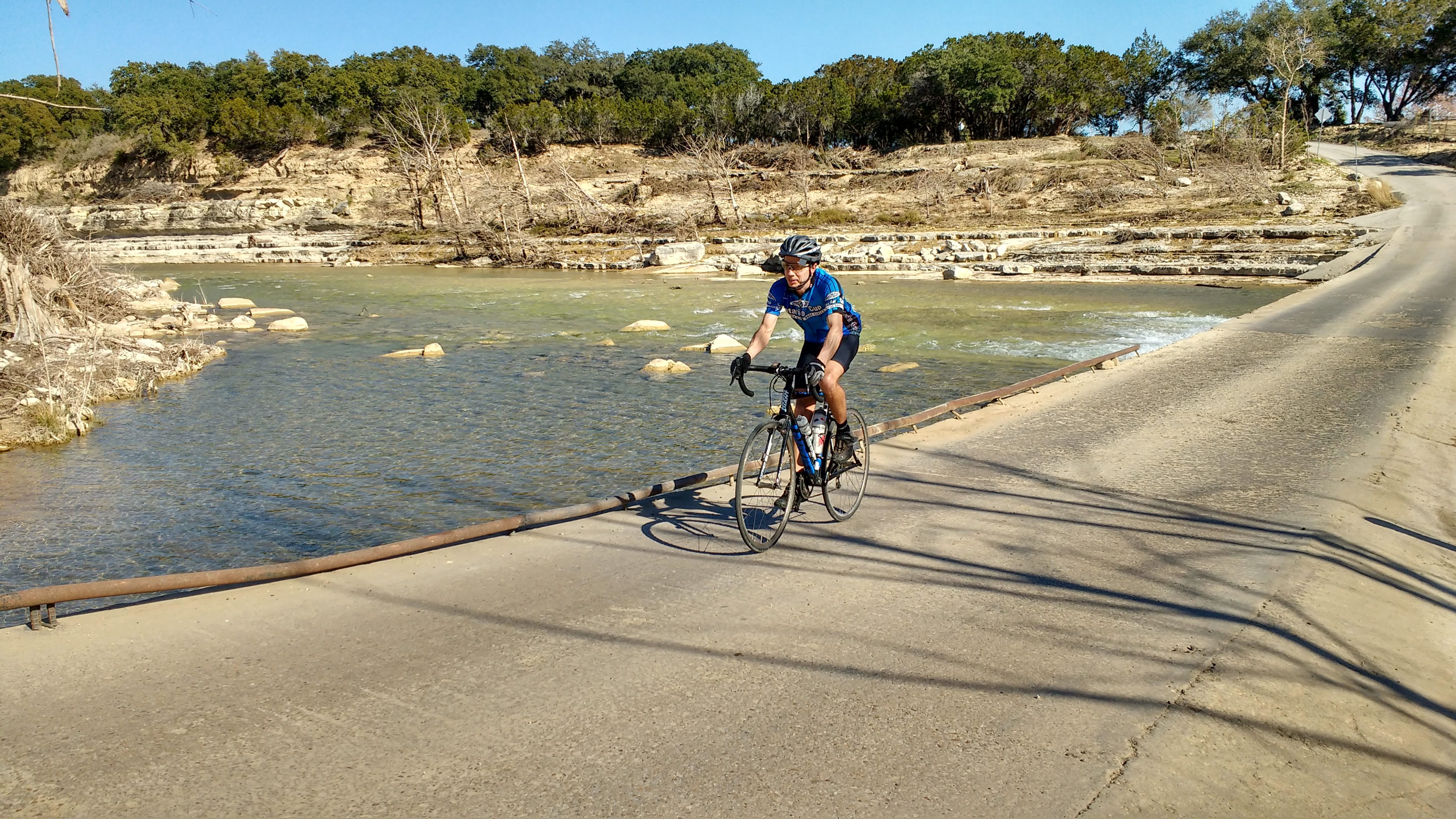 Once we discovered Texas Hill Country, we knew that we’d landed in a cycling dreamland. West of Austin are several small-town settlements such as Wimberely, Luckenbach, Fredericksburg, Comfort, Kerrville and Dripping Springs, which are big on laid-back Texas charm and offer up many miles of ranch roads where cattle guards outnumber cars. The hills in the area aren’t too dramatic, just enough to give your legs and lungs a bit of a wake-up call. Dude ranches with real-life cowboys, spring-fed rivers that at times require careful negotiation, fetching state parks and squirrelly asphalt makes this living Wild West a honky-tonk joy to experience from the saddle. The infrequent pickup drivers gave us a wide berth, which unfortunately is more of a luxury than the norm when riding country roads back home.

About 90 minutes from Austin, the 19th-century German settlement known as Fredericksburg might be known to the masses as wine-and-peach country, not to mention home to plenty of schnitzel and kitschy shops, but its surrounding countryside undeniably offers some of the best riding the entire state has on offer. We enjoyed loops from town under bluebird skies that took us through heavenly landscapes dominated by mini gorges, working ranches, herds of longhorn cattle, whimsical road runners and the massive rock outcropping of pink granite known as Enchanted Rock. Native American lore says that tribes believed spirits lived in the rock and was therefore enchanted. A lack of services necessitate the need to carry plenty of water and edible fuel, a small price to pay for seemingly hogging this wide-open land to ourselves. Fredericksburg is a popular weekend retreat for bigger city folk, so our weekday visit proved to be ideal for finding cheaper accommodation and ultra-quiet roads, not to mention quick service at the Fredericksburg Brewing Company where the Pioneer Porter goes down particularly well after a ride well-done. Not just tumblin’ tumbleweeds, this place is indeed a land that deserves to be a premier cycling destination for Canuck riders who are strumming the winter blues.

Winter can offer a mixed bag weather-wise. During our February trip, we had numerous riding days with temperatures higher than 20 C. But near freezing conditions can also grip Austin and its surroundings for a bit of time. Bring riding gear for all types of weather conditions. The heat in the summer months can be unbearable, but spring offers up a Hill Country bursting with wildflowers that makes the riding even better.

You can drive to Texas as we did. You can also fly to Austin’s international airport from most large cities in Canada with a connection somewhere in the United States. You’ll need to rent a car to get to some of the best cycling spots.

Everything from swanky hotels to hostels to B&Bs to vacation home rentals are available in Austin. We used Airbnb to find accommodation as we wanted a house with kitchen facilities. If you want to be closer to the best riding, consider looking into accommodation options in towns such as Dripping Springs or Fredericksburg.

There are several cycling shops in Austin that can provide maps with safe cycling routes in the city. They also rent road and mountain bikes, such as the Bicycle Sport Shop (bicyclesportshop.com), if you wish not to bring your own. We used a combination of Strava and Google Maps, along with tapping some local knowledge, to plot routes in Austin and the Hill Country. Austin’s full bicycle map can be found on the city’s website (austintexas.gov/bicycle). Be warned, unless you bring along an inflatable raft, you’ll need to avoid roads with stream crossings following any heavy rain.