Tucson is one of the most popular cycling destinations in North America during the winter. It is also my personal favourite place to train because of its welcoming and inclusive community. Here is a detailed rundown of the popular places to ride to help you prepare for your first cycling camp in Tucson.

Mount Lemmon is the most popular ride in the area, a big long climb, but never very steep with an average of 4.9 per cent. It has a large shoulder and nice pavement. The traffic is usually light and the cars are mostly courteous. Mount Lemmon is ideal for long intervals and you will be able to recover between efforts because it’s not too steep. There is a little less oxygen past 1,500 m and you will reach over 2,500 m of altitude, so your power output will get lower as you get higher on the climb.

No matter how strong you are, climbing all the way up is always a big day, so plan accordingly. Bring a lot of food and water because you won’t find anything until the top. Always bring a jacket and gloves for the descent. Check the weather forecast at Summerhaven, the village at the top, before planning the ride. If you are staying across town, I recommend driving to the base, you can park at the LeBuzz Cafe. Many pros will often train on the lower half of the climb only, to avoid the big change in climate.

On the East side of town, the Old Spanish Trail is one of my favorite place to train. The road has a good shoulder and smooth pavement for the most part. It is rolling terrain but not too much. I use this road for all kinds of intervals. For longer intervals day, when you want to avoid stops signs, you can ride a triangle loop with pistol hill to the South. In the northern part, you can keep going straight on Freeman Rd. This is my everyday best training road. It’s a great road for TT bikes as well.

Gate Pass is on the West side of Tucson, I find it’s the most scenic route in Tucson. However, the pavement is terrible, the shoulder very minimal or absent in some sections and it can get a bit busy with cars at times. It’s not great for training or intervals, but I always like to go there on my long ride because the scenery is breathtaking. For the more advanced cyclist, Gate Pass is actually a good climb and the back side has some fun steep pitches. You should go ride it at least once. 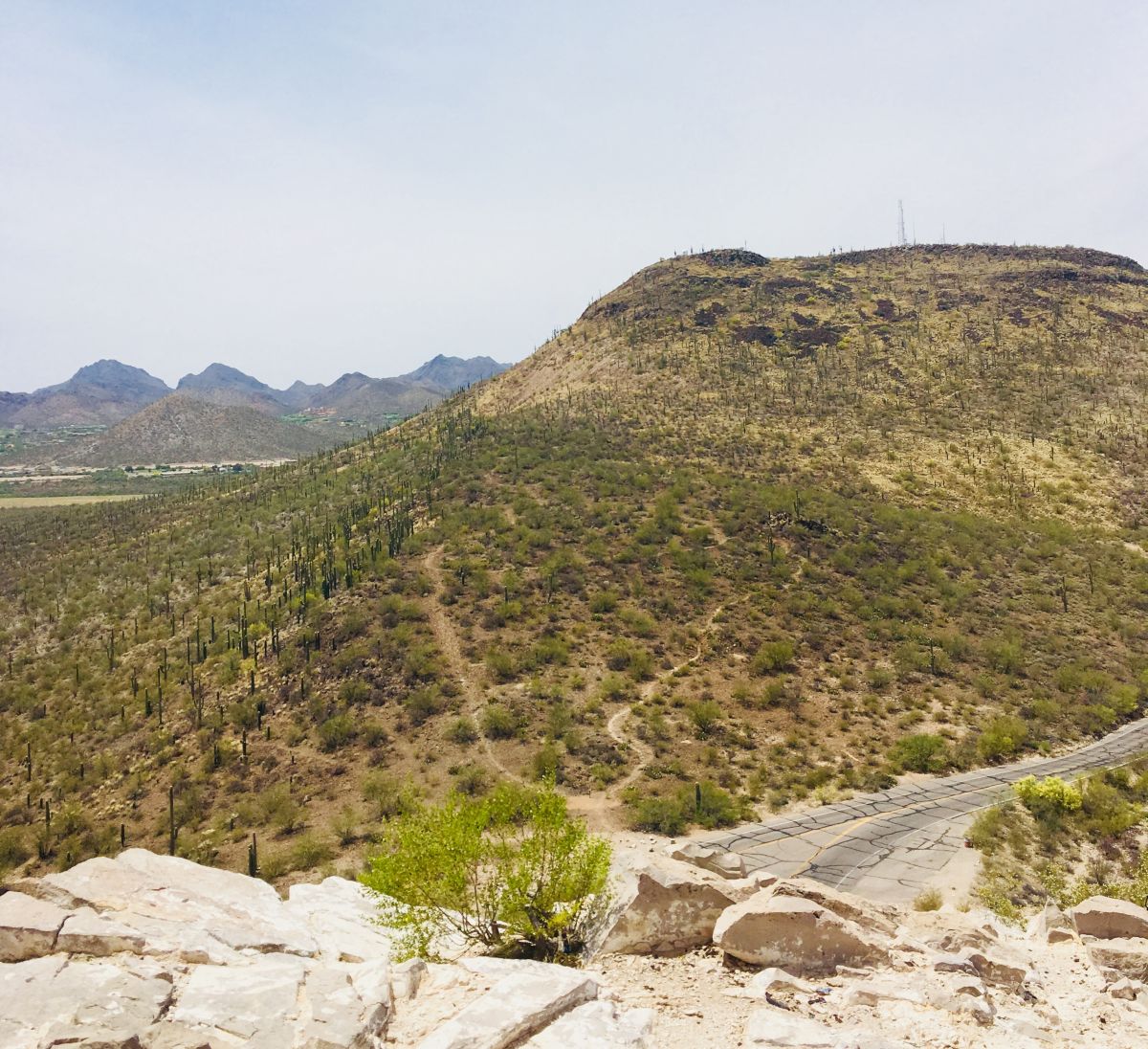 For short hill repeat training, I love to climb A-Mountain. Located on the south-east side of town, this will be closer to downtown but accessible from the bike path too, if you want to avoid riding through the city. A full-gas effort will last 5 to 7 minutes from bottom to top and has some changes in inclination to practice efficiency with changing gear. The climb is kind of separated in three sections of 2 minutes, so you could do only one or two parts of it for a shorter effort. I like that the roads make a loop at the top so you don’t have to turn around, you can keep riding up and down easily, and there are very few cars.

Unless you are staying in the southern part of the city or want to ride long, Madera Canyon is a bit far outside the city. It is a steeper climb though, starting with a long false flat, then a gradual climb, and into a steeper finish with the last 5-km averaging 7.7 per cent with pitches of 12 to 14 per cent. During the Shootout ride on Saturday morning, a group of the strongest cyclists will do a detour to the top of the climb before riding back into town. That makes a big training ride. 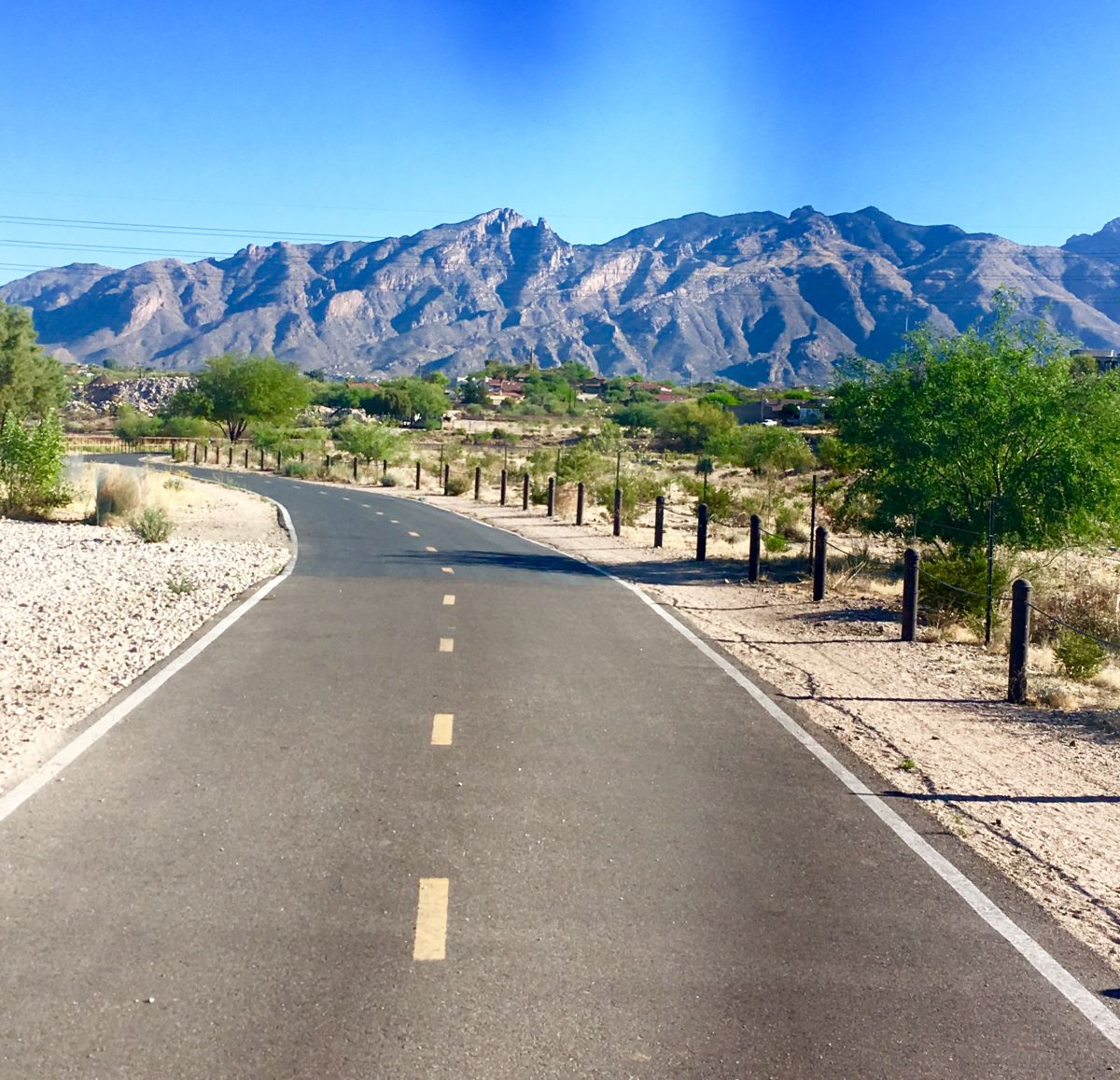 The Loop is the name of the large bike path that loops around town, following the wash (as in the river, without water). It is a great bike path for a recovery ride or to move around town while avoiding traffic. Some intersections can be a bit tricky the first time, so I would recommend getting a map of the path to know when to cross over the wash. If you plan your route on Strava and download it to your Garmin, it should guide you pretty easily but it does get confusing at times.

On the east side of Tucson, there is a popular little loop inside the Saguaro National Park. There is a small entry fee, a few bucks. It is a super cool loop because you ride so close to the big cactuses, but the road is narrow and very twisted so it’s not possible to go fast. It’s closed to car traffic but there are a lot of pedestrians, so you can go check it out once and take all your Instagram pictures, but I wouldn’t recommend this loop for training or regular rides.

Kitt Peak is the biggest climb around (steeper than Lemmon, longer than Madera Canyon), but it’s too far outside the city to ride there and back (unless you want a hard 200km ride). The road that goes there is terribly long and boring. The climb is a great challenge though, so if you have a car, it’s worth driving to the base to climb it. Look at the wind forecast when planning your ride, it can get so windy that you won’t be able to go all the way up.

There are a lot of great group rides in Tucson. Group rides are a great training tool for race simulation and intensity, but also a great opportunity to make cycling friends and connections. You can find group rides about every day of the week!

The most popular and fastest group ride is called the Shoutout. It starts in front of the Starbuck at the University of Arizona and is 65 to 100 km long. The start time changes during the year according to the weather, from 7:30 a.m. in the winter, to 6 a.m. in the summer. It is literally a race simulation, with a big peloton that can get over 100 riders in the winter and springtime, including many pros. There will be attacks and somewhat aggressive riding, with a friendly stop at gas stations to regroup and refuel.

An easier option will be the Scoutout ride, also known as the Old Man Shootout. It starts 15 minutes before the main Shootout ride (also known as the Big Boys Shootout). You can start with the easier group earlier, then wait at the top of the first hill (Helmet Peak) to jump on the faster group for the rest of the ride. For the advanced cyclists, a harder option will be adding the detour to Madera Canyon. My advice : learn the route or have it on your Garmin, then join the fastest group you can possibly hold on to and don’t be afraid to push limits and to get dropped. This is how you become a better racer.

Another option for Saturday morning ride if you are staying in the north of the city or don’t want to ride as long. The ride is organized by the guys at Bicycle Ranch. Same idea, hard fast ride, great friendly people!

With more climbing and less distance, the Tuesday Hill Climb Ride is a great option to get fit. I don’t like it so much because there is some car traffic. But many people love it.

The name means what it means. You will find a lot of master riders, enjoying a fast pace on the rolling terrain of Old Spanish Trail, with a sprint at the top of Pistol Hill (the regroup point) and a fast ride back to the city. Starting from the LeBuzz Cafe at 8 a.m., this ride is just over 2 hours. I love this ride because it’s just slower than the Shootout ride, so I can get really active in the racing aspect and try attacking, bridging, etc.. A good option for a developing rider.

This ride is led by the women at the Homestretch Foundation. It is a very easy and social 1 hour ride that starts from LeBuzz Cafe at 10 a.m. on Fridays. They usually post an event on their Facebook page so you know when it’s happening. Over the last 3 years, the ride has grown up to 50 to 60 riders. A great place for women to make connections when you’re new in town and a great entry place to learn how to ride in a group. The goal of this ride is to connect locals (or traveling cycling enthousiasts) with the pro women cyclists that are staying at the house of the Homestretch Foundation, and to encourage more women to ride. It ends with a coffee stops at the LeBuzz Cafe. 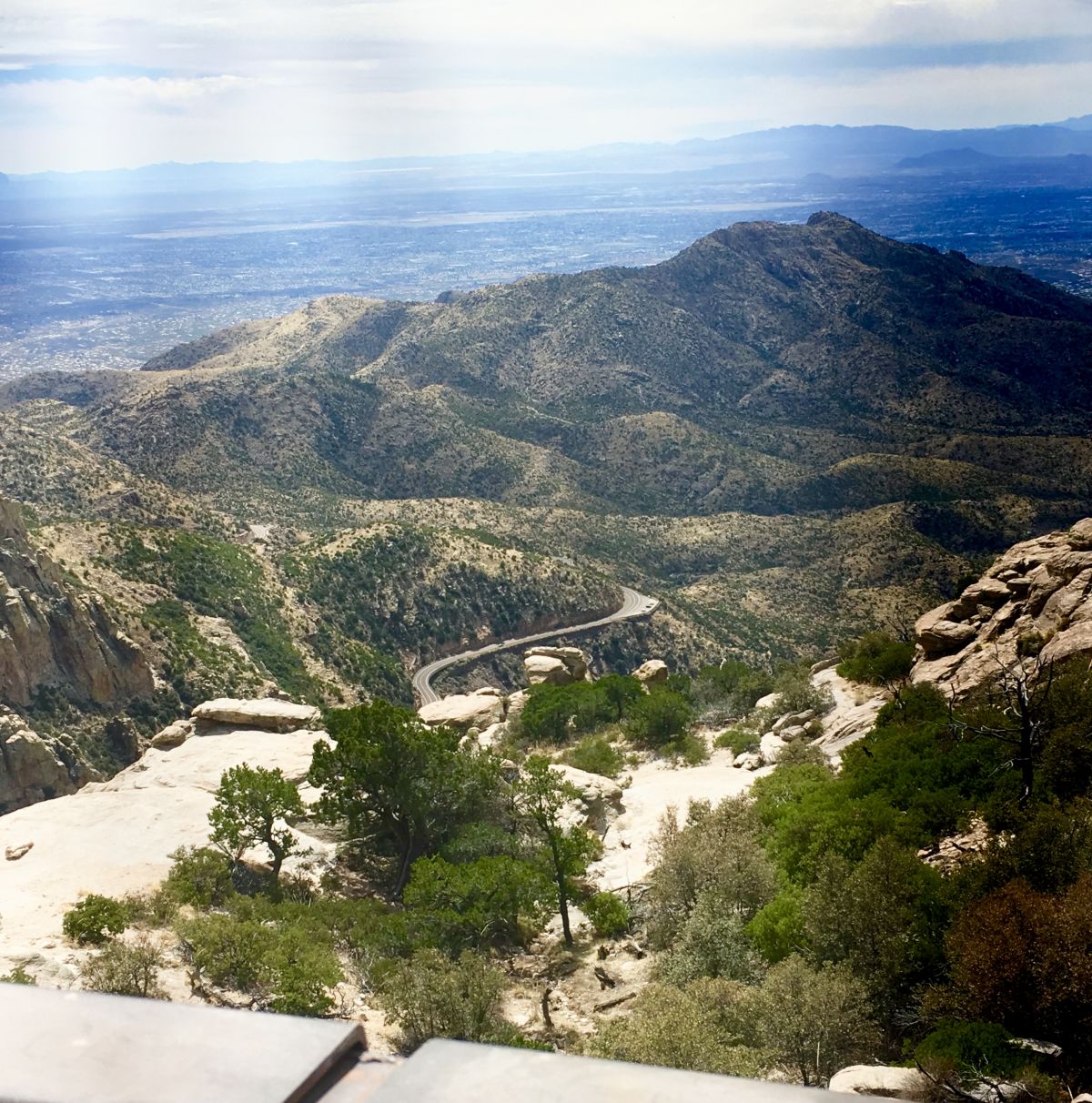 The University of Arizona have a great pool for your swimming sessions. You will enjoy running on The Loop bike path. I would recommend staying around the University or near the bike path if you plan to swim and run as well.

In the winter time, it can get cold. Don’t let the images of cactuses in the desert fool you. Look at the weather forecast and bring real winter clothes from December to February. There is more precipitation in January and early February, but after it gets really nice all the time everyday! Mount Lemmon could potentially be closed on colder days because the road gets icy. Make sure you plan to get there when it’s nice weather. If you see a sign that says to not cross if the road is flooded, it really means do not cross or I promise you will get in trouble! (The soil is not able to absord water like it does here, so it floods easily after a rainy day.

Popular places to eat and hang out for cyclists

The Mercado is like a square with a couple of places to eat: a cafe, bakery, tacos, etc. This is where the Shootout ride ends and cyclists hangout. It’s near downtown.

LeBuzz Cafe is located at the base of Mount Lemmon, in the north-east part of town.

Bicycle Ranch is on the corner of Inna and Oracle Road, in the north-west side of the city. Steven is a great supporter of women cycling. Retailer of big bicycle brands with a good mechanic service.

Sabino Cycles is located on the corner of Sabino Cycles and Tanque Verde, closer to Mount Lemmon and the east/north side of town. Supporters of the Homestretch Foundation, they are a big bike store.

Re-Cycle Tucson is a smaller shop near downtown. James, the owner, knows racing really well and he’s the guy you can count on for everything you actually need as a racer, that shops don’t normally do. You can ship your bike there, have it built, or pack and shipped home. Whatever parts you need, or to borrow, the guy will help you out.

I hope this guide is helpful and that you enjoy your first time in Tucson!

Marie-Soleil Blais is a first-year professional with Astana Women’s Team from the Centre-du-Québec. She’s a seven time Quebec champion on the road and track.