Esports racing can often be a decisive topic in cycling. Cries of: “It’s not real cycling!” and “why would I watch people race on trainers?” are common. Despite the backlash in some circles, Zwift and indoor training have exploded in the past years, particularly with an extra boost of pro and amateur participation throughout the pandemic. Virtual racing is here to stay, and the exciting format will only get more popular as cycling grows and technology progresses.

The first ever UCI esports world championships will take place on Wednesday Dec. 9, as racers connect from all over the world to compete in Zwift’s Watopia world. If you’ve never tuned in to a Zwift event before, this race could serve as a good introduction to the world of esports. If you’re still not sold on it, here are a few reasons you should consider watching Wednesday’s event.

The men’s and women’s races will take place on the same 50km course on the Zwift island of Watopia. The racers will hit two climbs, the Zwift KOM reverse (2.5km at 1.8 per cent) and the Zwift KOM (0.9km at 5 per cent) for a total of 483 meters of elevation. The all-out effort will take the racers just a little over an hour to complete, so the action will likely be non-stop.

There are plenty of Canadians competing

The five men and three women will fill the entries awarded to Canada based on UCI road rankings. Fresh off of a fourth place finish in the triathlon PTO 2020 Championship, Canadian Lionel Sanders will race in Watopia along with Canadian Everesting record holder Jordan Cheyne (Elevate – Webiplex Pro Cycling), Charles-Étienne Chrétien (Aevolo) and Rally’s Pier-André Côté and Matteo Dal-Cin. 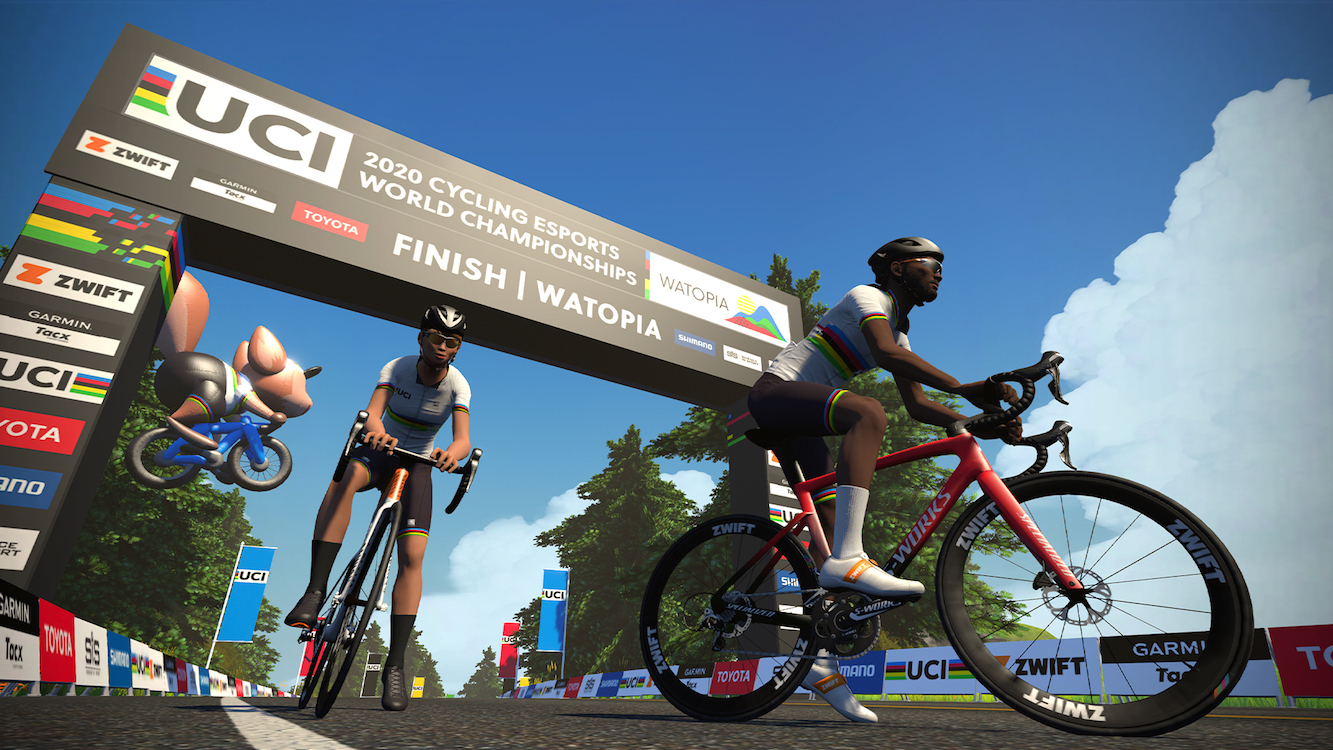 The races won’t necessarily go to well-known pro riders. The Zwift racers have the advantage of being in their element, having spent countless hours training and competing on Zwift.

The event is controlled

There’s a lot on the line during this race,  €8,000 for the winner of each race, and €4,000 and €2,000, for second and third respectively. Winners will also receive a digital world champion’s jersey for use during sanctioned virtual races. The UCI and Zwift have put in place numerous measures to ensure fair-play in these championships.

Racers must be filmed weighing themselves the day of the event and will have a camera set up streaming their entire race. All participants will race using the Tacx Neo 2T trainer, and they must be using two power sources and a heart rate monitor during the race. The cyclists all have rides and races recorded on Zwift, so if data trained officials see unexpected numbers that seem completely out of of line with the rider’s previous performances they’re able to further investigate the anomalies.

The 2020 UCI esports world championships will stream on Zwift’s Facebook and Youtube pages. FloBikes will also stream the event.

It’ll probably be good viewing for your morning trainer ride

If you’re a good multitasker, or someone who has to watch something while riding the trainer, the esports world championships will definitely get you pumped up to ride. The event will kick off at 8: 45 a.m. EST/5:45 a.m. PST.