Rebecca Romary grew up in Montreal, where riding a bike was simply a part of everyday life. The 24-year-old student says that, ever since she gained independence as a teen, cycling has been her mode of transportation.

From the ages of 17 to 20 she left her city to go to University in Kingston, On., where most of her classes were within walking distance. Cycling wasn’t really necessary in the smaller town. 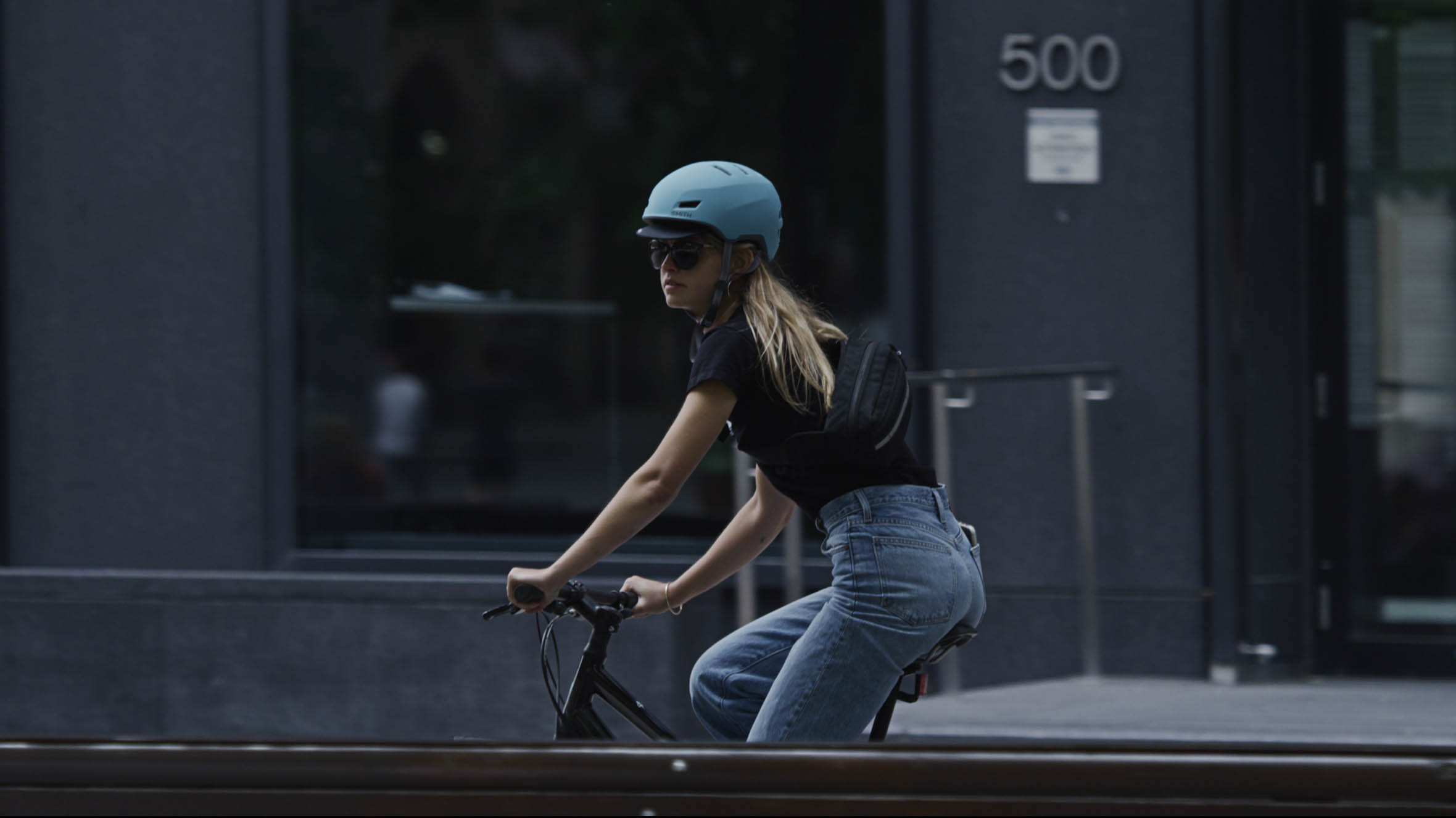 But when she returned to Montreal, Romary realized that sometimes it takes being away from a space to realize just how unique it is.

Romary says what’s notable about how she’s always commuted by bike is that, in Montreal, it’s not very notable at all. “My friends and I have been fortunate enough to always have access to a bike,” she says. “There is a big biking culture. All my friends have bikes, so we bike when we go anywhere. We take our bikes to the bar, we take our bikes to the canal, I bike to tennis with my family. It’s our main way of commuting.” 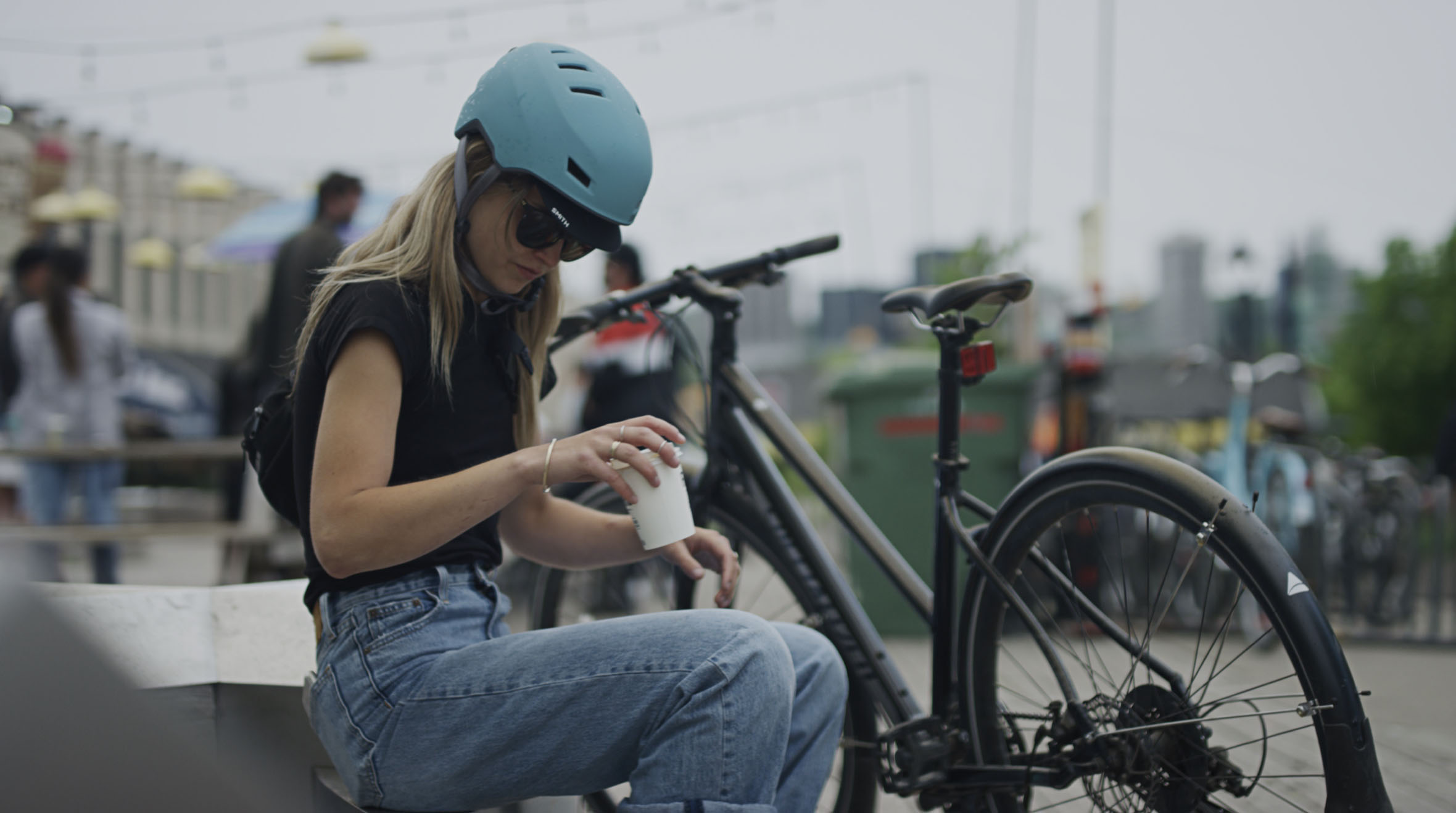 For many Montrealers, cycling is simply a part of life. For Romary, returning to the city after a few years made her see cycling in a new light.

A number of her friends got more involved in the cycling community and together they went from commuters to cyclists who also ride for exercise.

Romary gained some insight on road bikes from her friends, but, ultimately her first road bike was chosen from her own experience. “I grew my own knowledge of biking and what bike I needed, what bike would be interesting for me and what color I wanted.” 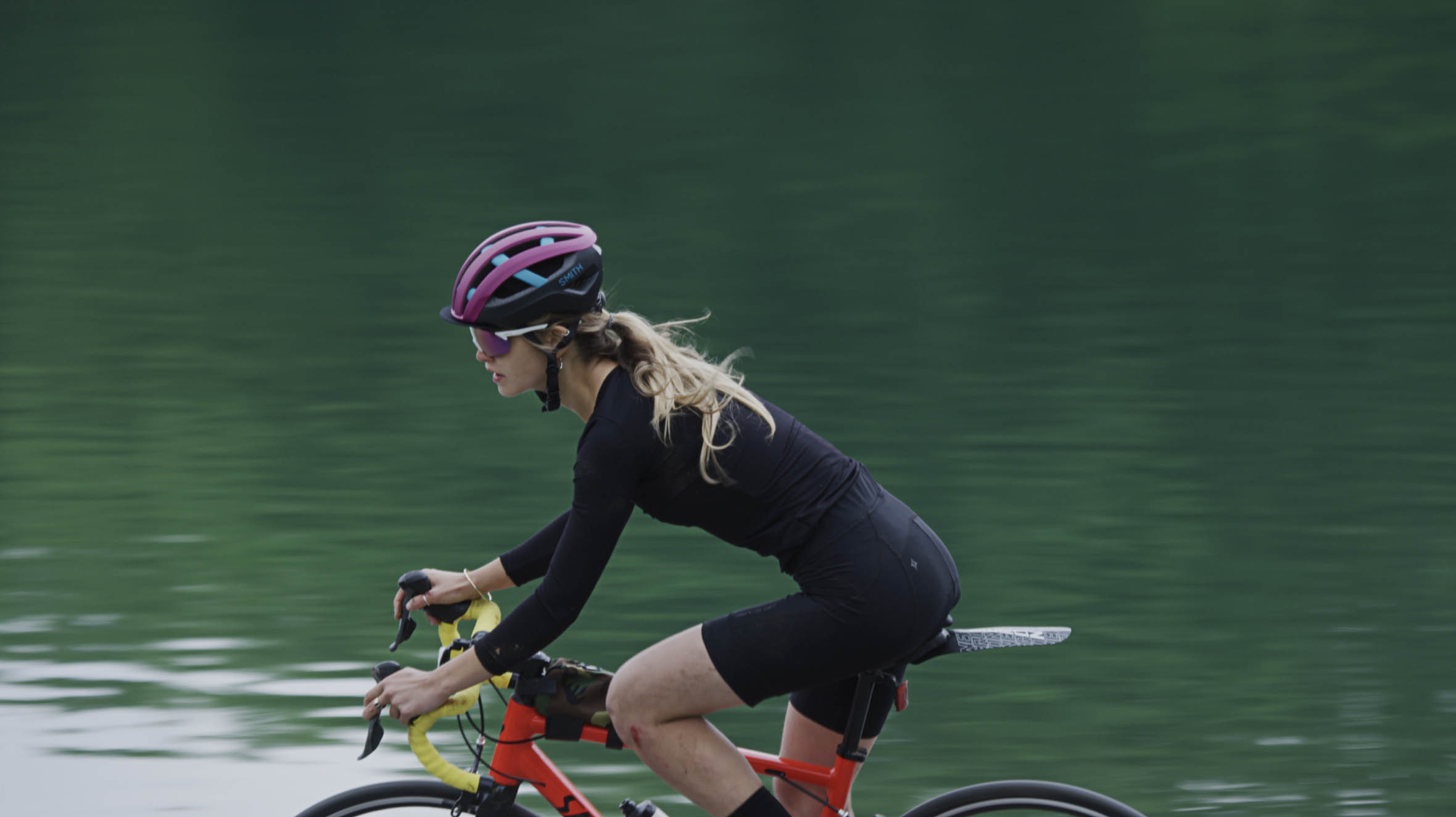 Romary also runs, and she started figuring out how to translate running distances and workouts to cycling workouts on her new ride. She still commutes, but now she also does training rides around the city, regularly riding routes like the Lachine Canal to Montreal’s West Island.

Riding both for transportation and training have become almost a year-round activity.

“There are so many winter cyclists here,” says Romary. Even Montreal riders who don’t commute in the deep winter have a pretty long season, she argues. “In November you throw on the gloves until it’s too snowy, and then you realize it’s only just like: midway through November, December, January, March. That’s only four months—then you start biking again.” 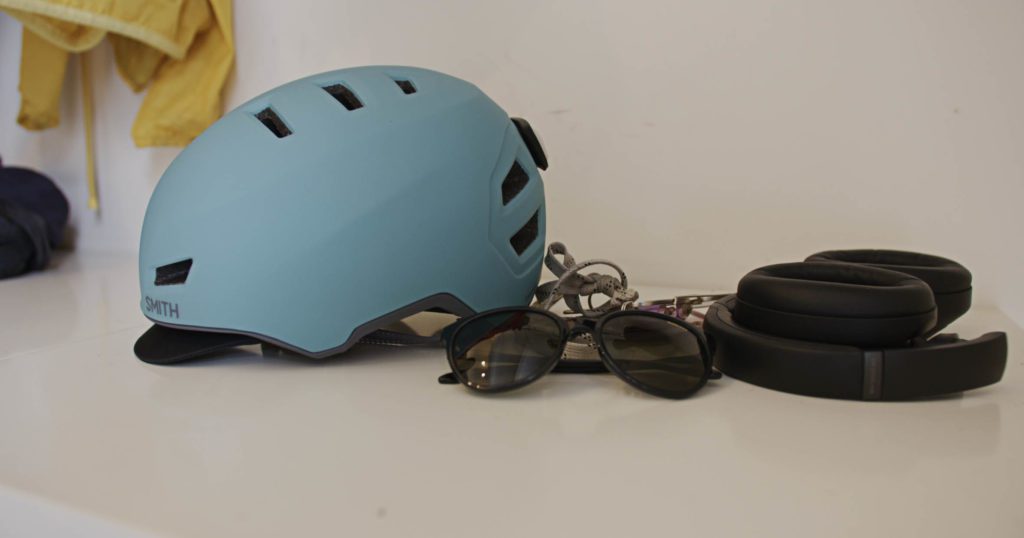 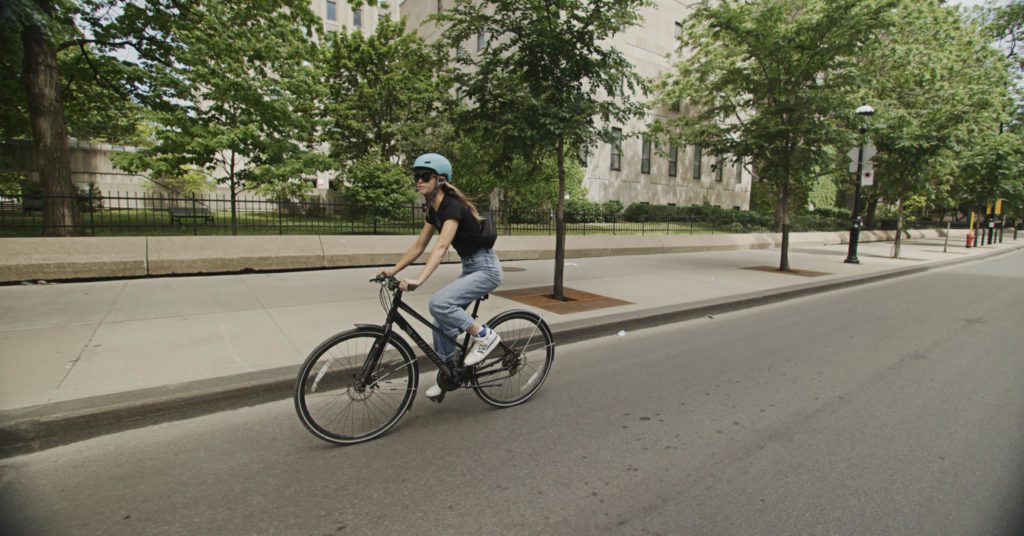 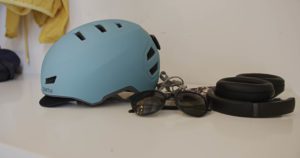 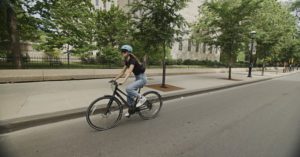 Keeping visible and safe in the shoulder seasons is important, and a helmet like the Smith Express ($130 [MIPS], $80 [non-MIPS], smithoptics.com), keeps Romary both safe and visible. The Express has a removable visor that can shield your eyes and an integrated rear light. The model with the MIPS protection system helps to manage rotational forces in a crash.

She hopes to get into winter cycling herself next year.

“Montreal has a really good bike path system,” says Romary. The city has been actively growing its cycling network, and even installed many bike lanes in the years before the pandemic bike boom. She notes that the bike lanes installed on De Maisonneuve Boulevard makes her feel significantly safer on a road that was once a scary place for cyclists. 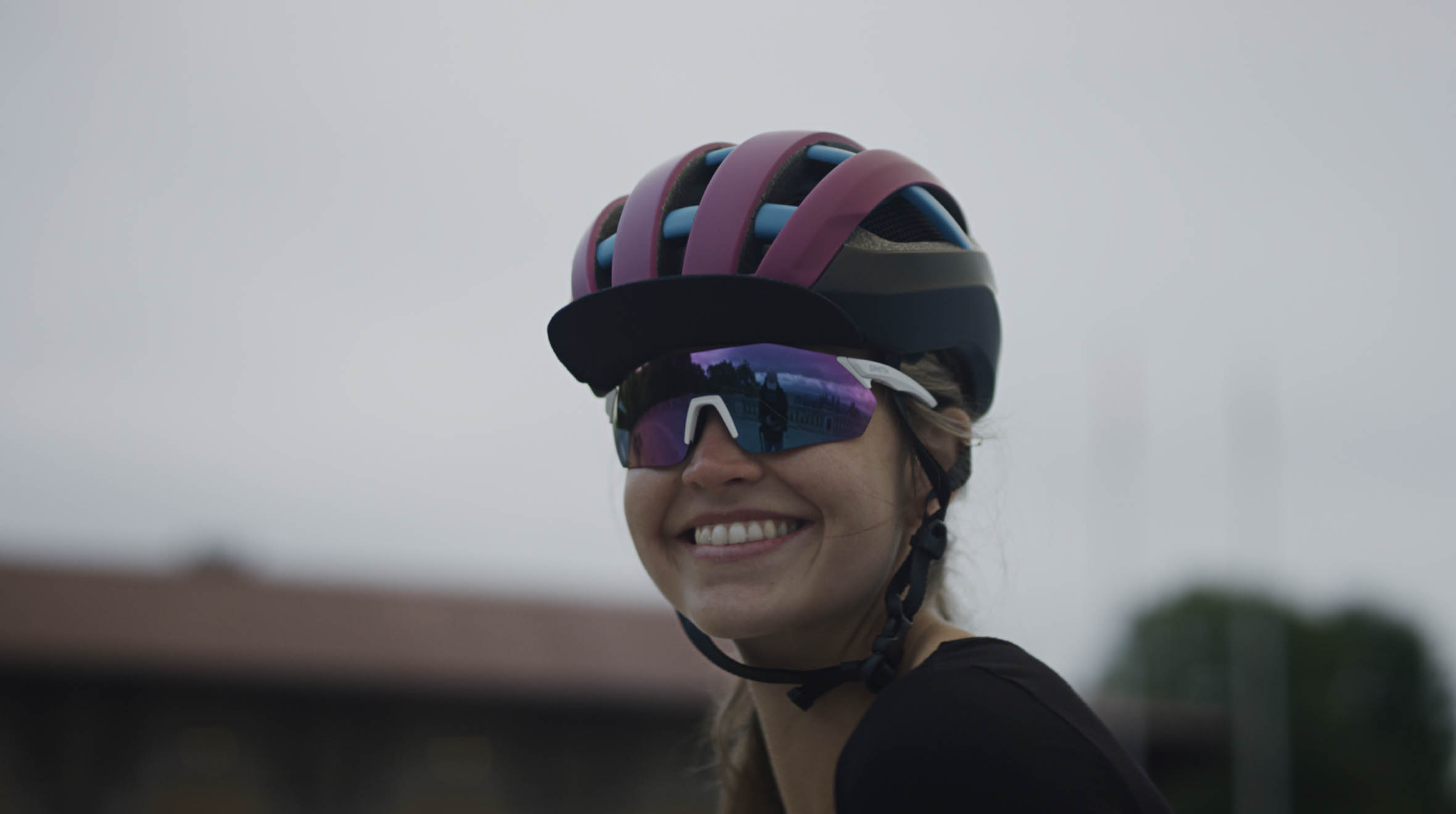 “I think [drivers] are looking more for cyclists now,” she says. “The push during the pandemic to install new bike lanes in Montreal has really grown drivers’ awareness of cyclists. The new bike lights and bike lanes have forced people to become more aware, which is a good thing.”

“They also make you more aware that you can really bike in Montreal.”

Romary says she plans to continue riding for the rest of her life: “I know my city with my bike.”