Strava has collected the data of thousands of cyclists since it was launched in 2009. Across Canada, GPS data from rides is recorded and uploaded to the social training app by cyclists. Whether a short jaunt, a commute or a long weekend ride, chances are where ever you rode your bike you passed over dozens of Strava segments. Stretches of trail and road all over Canada have virtual segments on them. Strava segments are member-created portions of road or trail where athletes can compete for time virtually. Here are 10 of the most popular Strava segments across Canada: 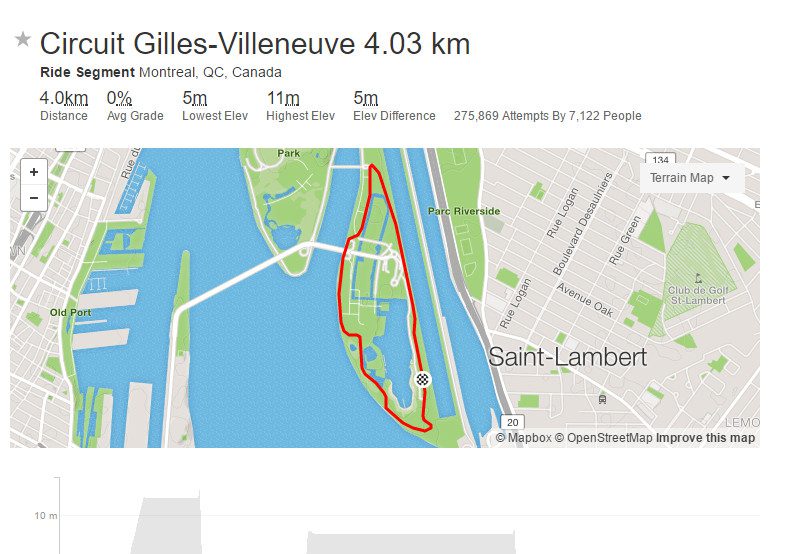 The track that host the Grand Prix Canada Formula One race is a hot spot for Montreal residents looking for smooth tarmac in a car-free environment. 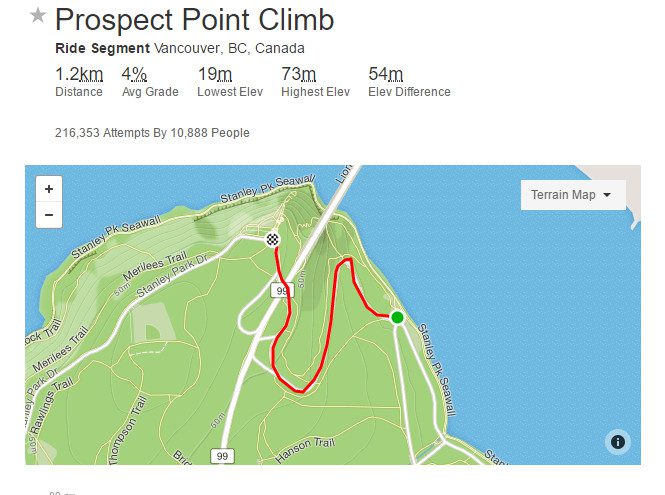 Stanley Park is an extremely popular spot for cyclists in Vancouver. Beginning at the Stanley Park seawall and heading up through the park this segment has been ridden by over 10,000 people. 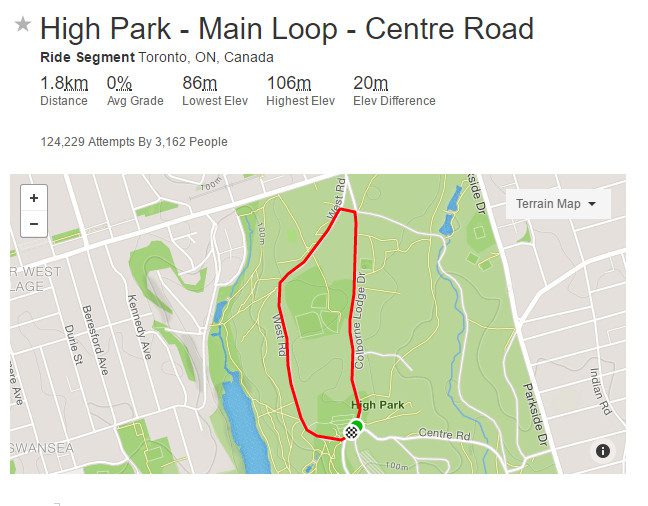 High Park is a green space tucked away in the heart of the sprawling city of Toronto. For cyclists looking for somewhere for a short ride away from the busy city, it’s no surprise many of them head here. 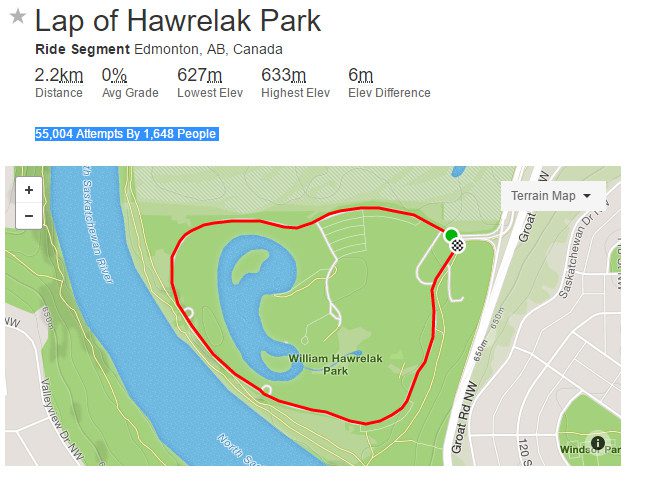 Located in Edmonton’s river valley along the North Saskatchewan River, Willaim Hawrelak is a popular spot of Edmontonians to ride. 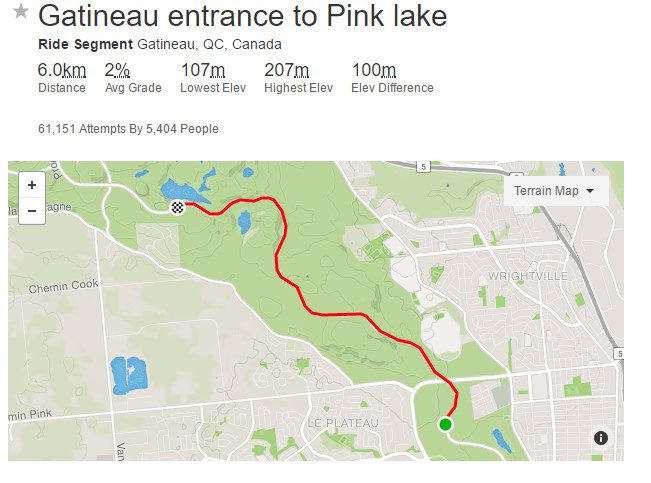 Residents of Ottawa and Gatineau, Que. are fortunate enough to have a national park on their doorstep. In Gatineau National Park there are kilometres of beautiful riding on road and trails which many residents take advantage of. To get into the heart of the park, the Promenade de la Gatineau is used my most riders. 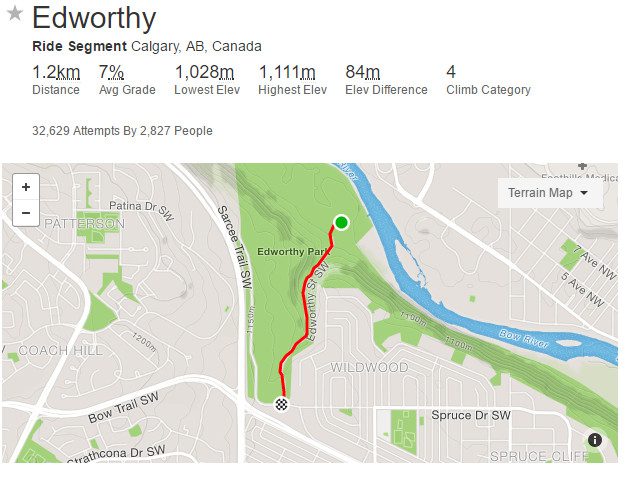 Climbing up from the Bow River in Edworthy Park in northwestern southwestern Calgary, this climb is a popular training spot. Other biking and hiking trails crisscross the small park. 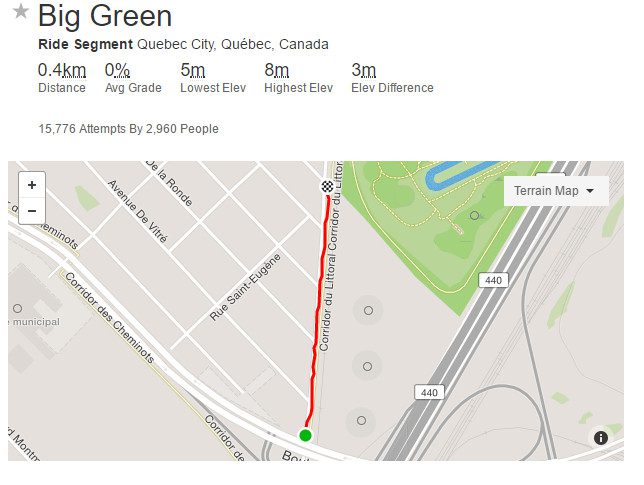 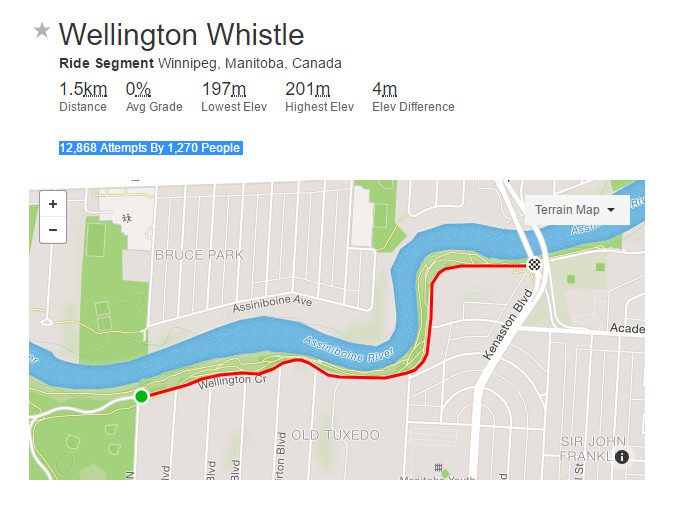 A nice green space with a bike path heads towards the city of Winnipeg along the Assiniboine River. For commuters and recreational cyclists, it’s a popular stretch of bike path. 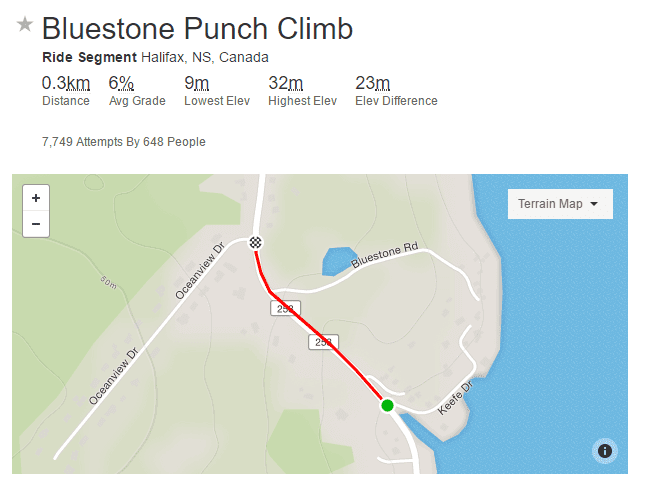 If you life in Halifax and are coming back from a ride along the coast south of the city you will come upon this punchy hill in Purcell’s Cove as you approach the limits of the city. 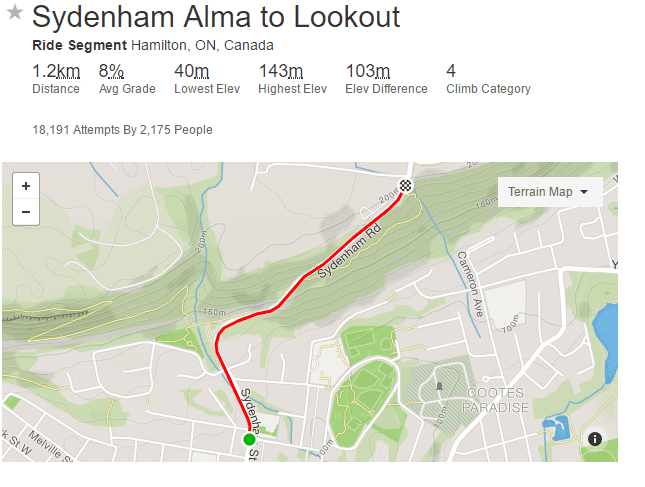 A very popular climb that ascends the escarpment out of Dundas, Ont. Sydenham Rd. has a Clara Hughes plaque at the top because she used to use it as her training hill. With a tough eight per cent gradient and 1.2 km in length, it is a good spot for a hard effort.

What’s the most popular Strava segment where you life? Leave a comment below.