A smart trainer can help you train more efficiently this winter. It can also help you be immersed in a virtual training world like Zwift where you can ride alongside your friends, people from around the world and professionals.

RELATED: 10 reasons to ride with Zwift this winter 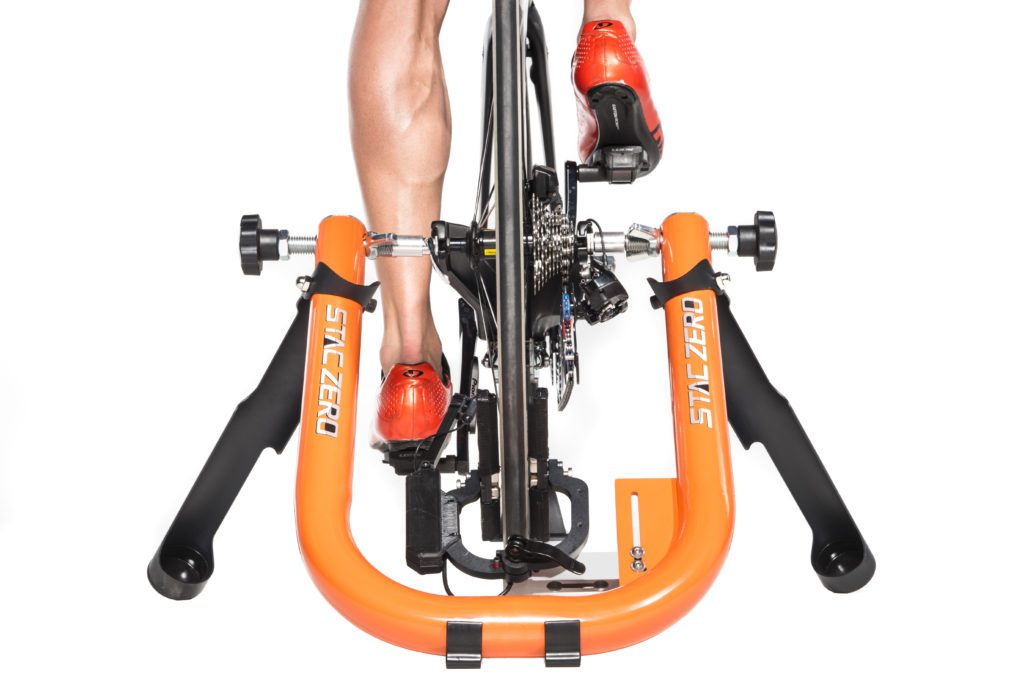 The loudest thing on the STAC Zero trainer will be your bike: the chatter of the chain or the clatter of the rear derailleur that you should adjust. Your rear wheel doesn’t touch any roller. Instead, the rim spins between two magnets, which create resistance. (You’ll need an aluminum-rim wheel. Carbon fibre won’t work.) For the power-meter model of the STAC Zero, the magnets are mounted on a strain gauge. As the magnets create resistance for the wheel, the wheel also applies a force on the magnets. To complete the setup, you need to attach a magnet to one of the rear wheel’s spokes. The unit reads the wheel’s speed as the spoke-mounted magnet passes a small receiver arm. By multiplying the wheel’s speed and the force on the magnets, the machine finds the watts you’re pushing. The STAC can transmit those numbers via ANT+ and Bluetooth Smart. The whole unit is quite compact, making is easy to store and travel with. 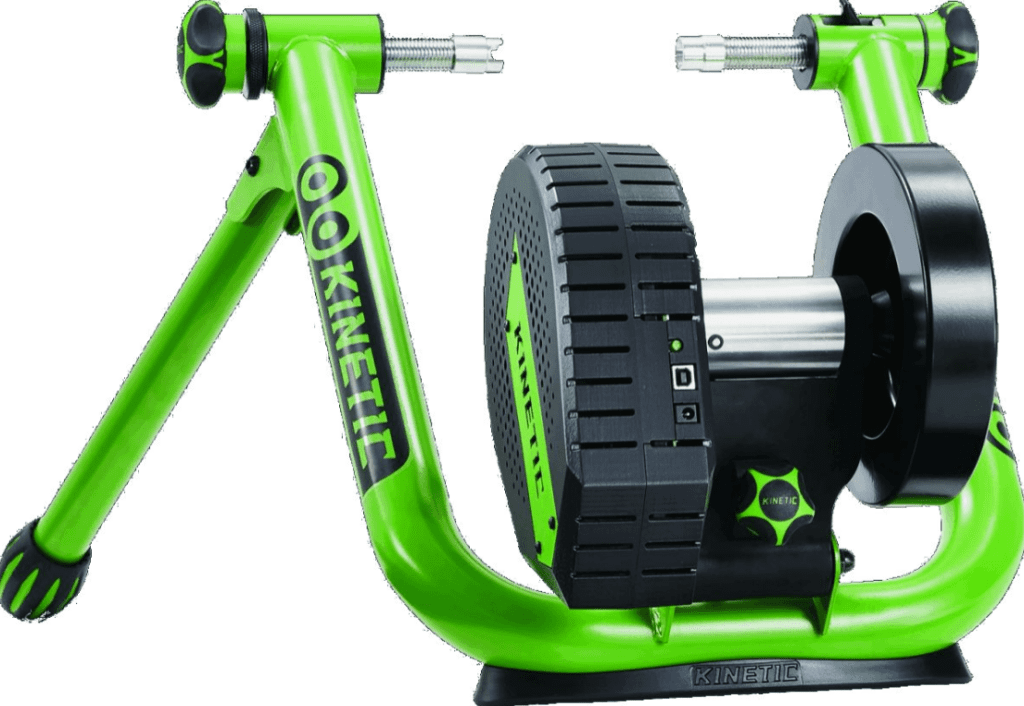 In 2016, Kinetic made two of its trainers “smart.” The Road Machine and the Rock and Roll got the Smart Control treatment: the addition of electronic resistance unit. It transmits and receives data via Bluetooth Smart. Kinetic also has its Fit app, for iOS and Android, which lets you calibrate the trainer and do numerous workouts to help you build your fitness throughout the winter. Everything is quite easy to setup. The Road Machine provides a maximum resistance of 1,800 watts at 49 km/h. It also replicates grades of 10 per cent. For excellent road feel, the machine has a 6.5-kg flywheel. 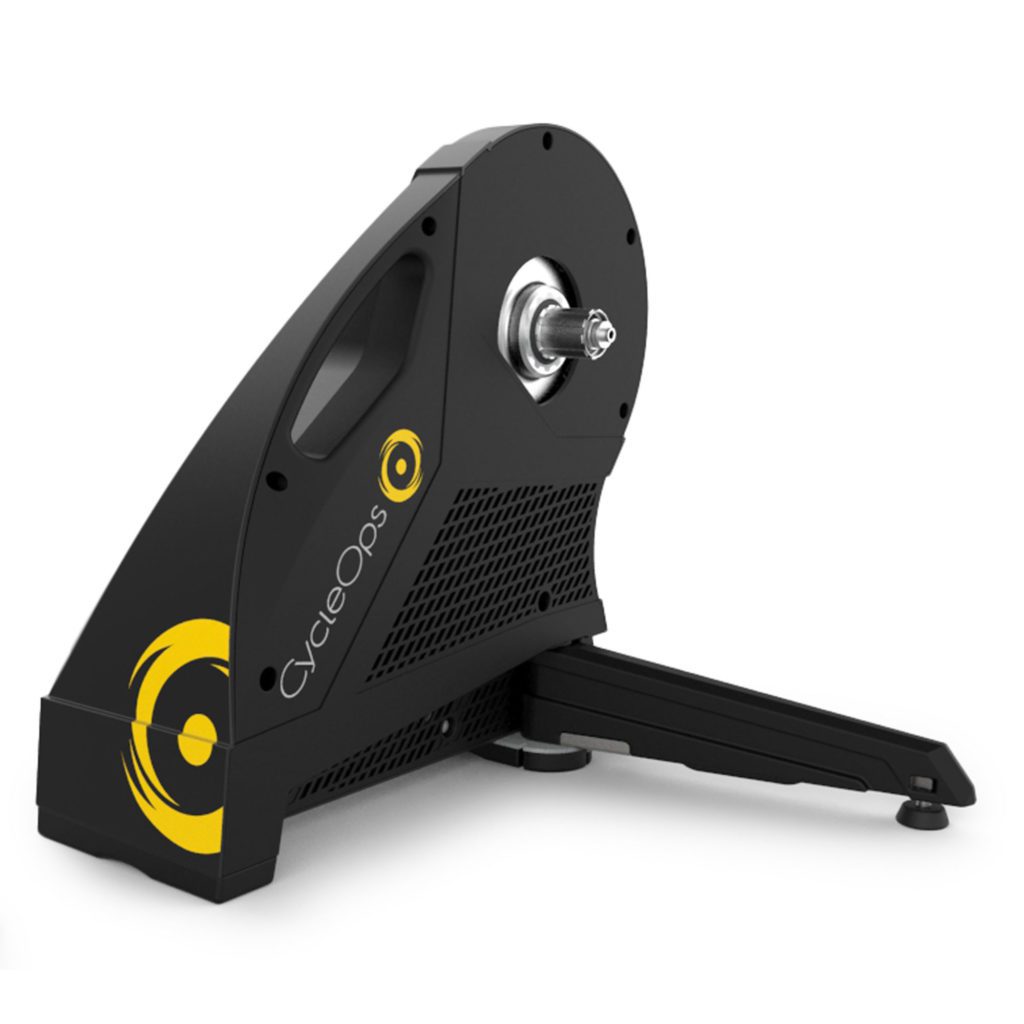 As smart trainers go, the CycleOps Hammer is a heavy hitter. It sports a 9-kg flywheel, which is probably the heaviest of any direct-drive trainer. Why so big? The prevailing wisdom with a flywheel is that the heavier it is, the better, more realistic the road feel of the trainer. Spinning up and coasting down just feel more natural with a weighty wheel. Another big number associated with the Hammer is 20 per cent, as in the grade the trainer can simulate. It also has a maximum resistance of 2,000 watts. The unit sends out data via ANT+ and Bluetooth Smart. It uses that latter protocol for firmware updates. The Hammer is kind of heavy, 21.3 kg, but it has been designed with a handle to help you out when you need to move it. 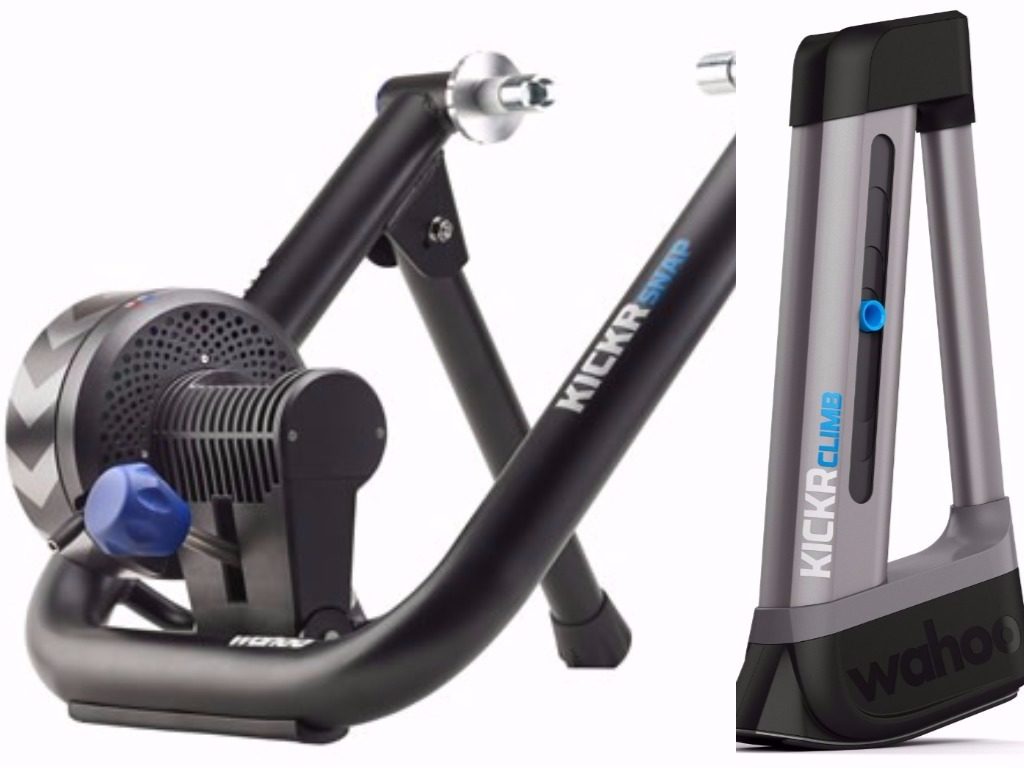 Kickr Snap; $850, Kickr Climb This past summer, Wahoo debuted the Kickr Climb, a unit that holds your bike’s front fork. It can raise and lower the bike’s front end, mimicking grades as steep as 15 per cent and descents of -10 per cent. While other smart trainers can simulate the resistance you face when you ride a climb, they can’t put your body and bike into a climb-y position. By moving you up and down, the Kickr Climb allows you to work all the muscles involved in going up the Alp d’Huez, your local incline or Watopia’s radio tower climb. The Kickr Climb only works with the latest models of the Kickr direct-drive unit or the Kickr Snap. The latter was updated earlier in 2017. The on-wheel Snap now has a higher degree of accuracy when compared with the previous model: it’s now plus/minus three per cent. Expect to see the Kickr Climb in stores mid-January. 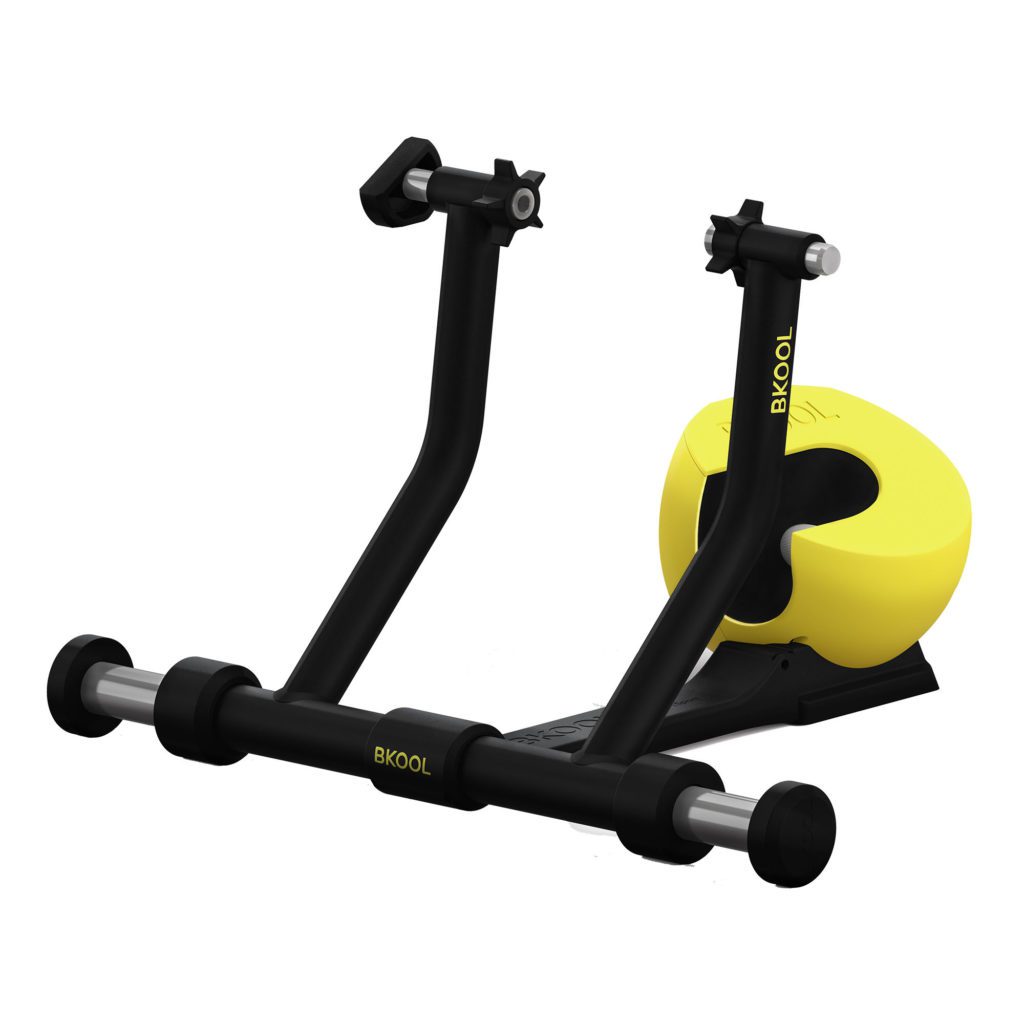 Bkool, a Spanish trainer company that has also developed its own simulation platform, released the Smart Pro 2 earlier this year. The on-wheel trainer moves data via ANT+ and Bluetooth Smart. Handily, the trainer comes with a USB ANT+ unit, giving you the necessary tool to connect to your laptop right away. Then, you can patch into Bkool’s simulation app (you get a one-year subscription with the new trainer) or another virtual-cycling system, such as Zwift. The Smart Pro 2 can mimic grades as high as 20 per cent and provide a maximum resistance of 1,200 watts. The yellow splash of colour at the roller is a fun touch for a machine that’s usually all business. (