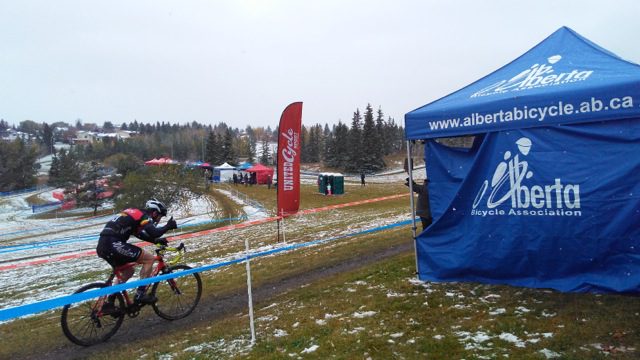 Jesse Manner of the West of Quebec Wheelers appears happy to only have one lap to go in the expert men's race. Photo: Andrew Davidson 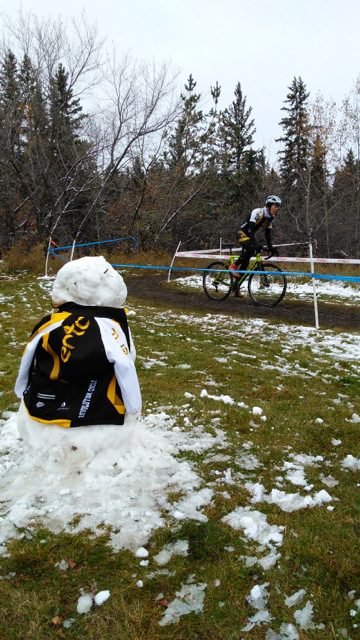 Brandon Langille (ERTC) is cheered on by a frosty supporter. Photo: Andrew Davidson 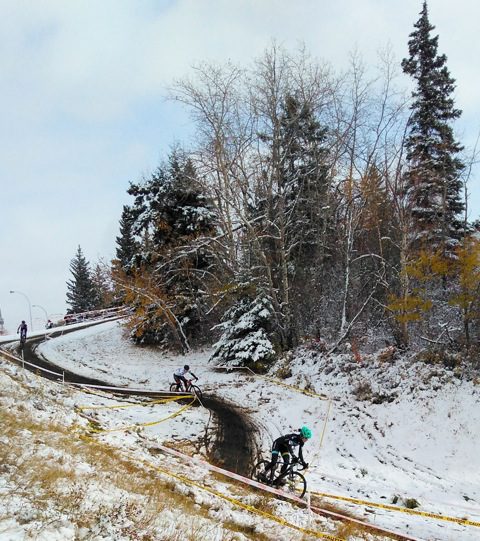 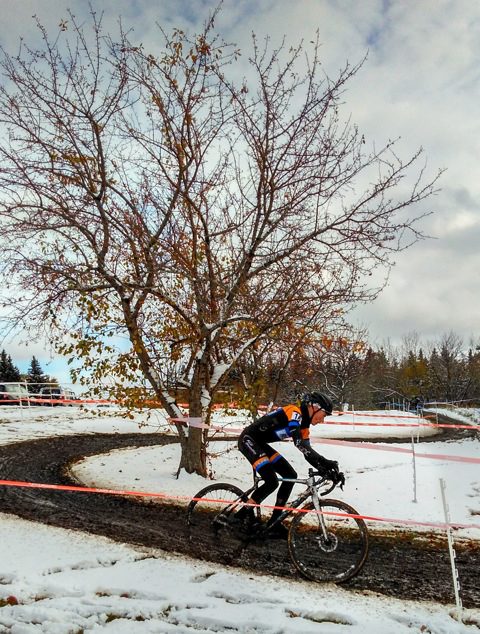 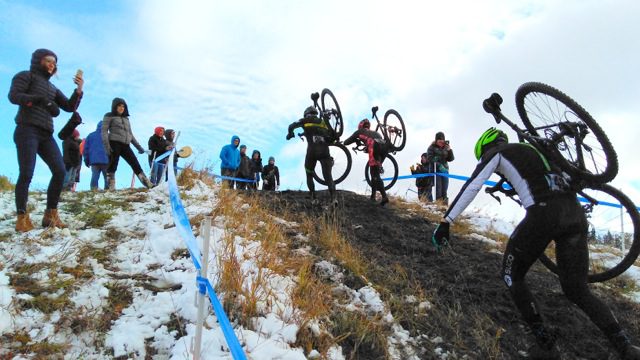 Bundled up spectators cheer on the riders in the men's open race. Photo: Andrew Davidson 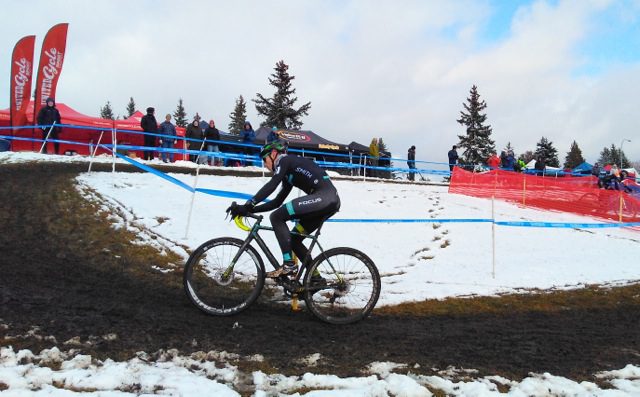 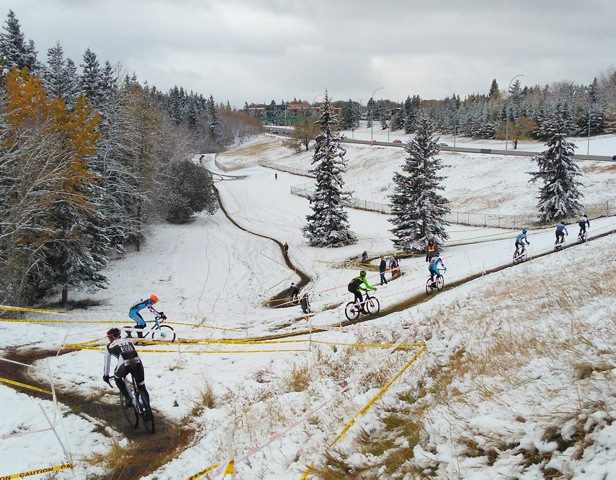 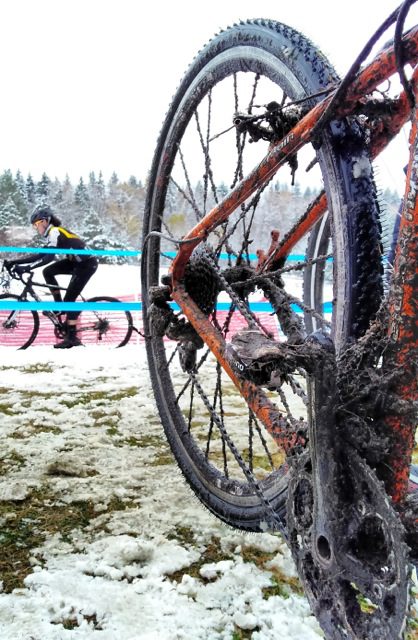 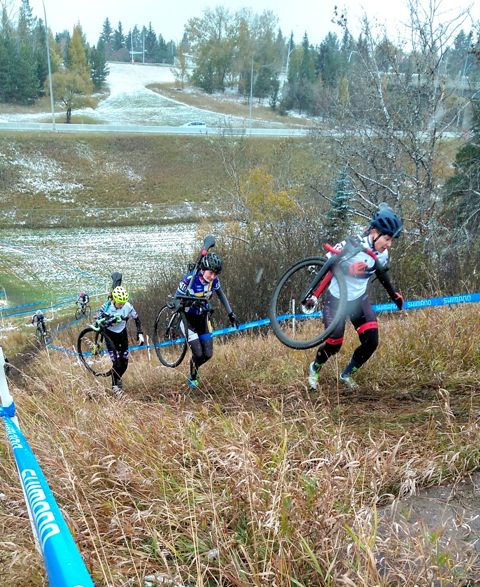 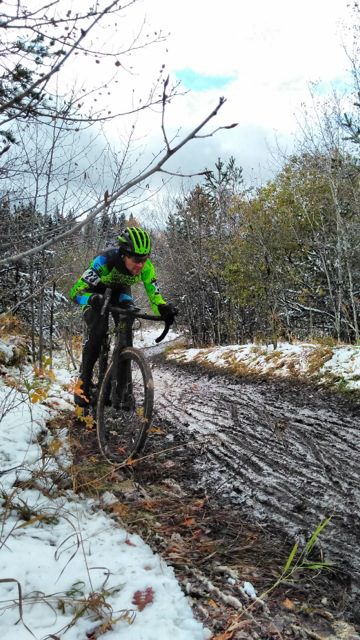 Michael van den Ham (Garneau - Easton Cycling) searches for traction on his way to victory in the open men's race on Day 2 of racing in Fulton Park. Photo: Andrew Davidson 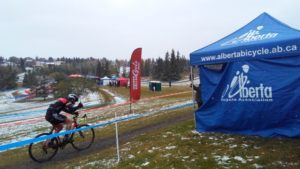 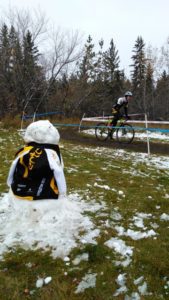 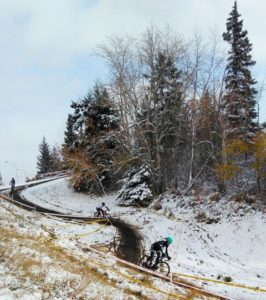 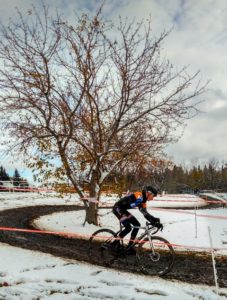 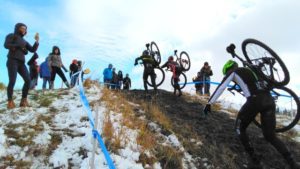 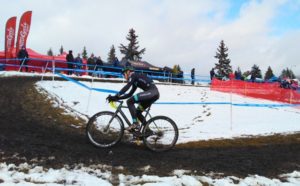 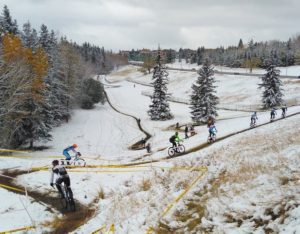 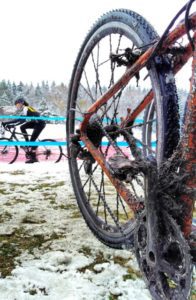 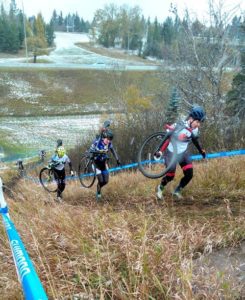 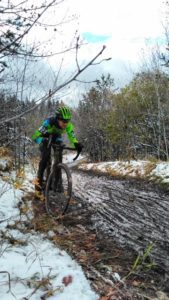 Winter descended on Edmonton last weekend just in time for the Velocicross and United CX double-header. The snow and mud made the run-ups, barriers, switch-backs and off-camber sections that much more challenging.

More snowfall overnight made Sunday’s race even more treacherous with recent Jingle Cross world cup competitor, Sidney McGil taking the early lead and extending her lead throughout the race. Koenig put in another strong race to finish second ahead of Alana Heise in third.

Van den Ham made better tire choice on Sunday taking control early and like Schooler the day before consistently extending his lead as the race went on lapping the rear end of the field. Schooler had to settled for second with Sutton again in third for the second day in a row.