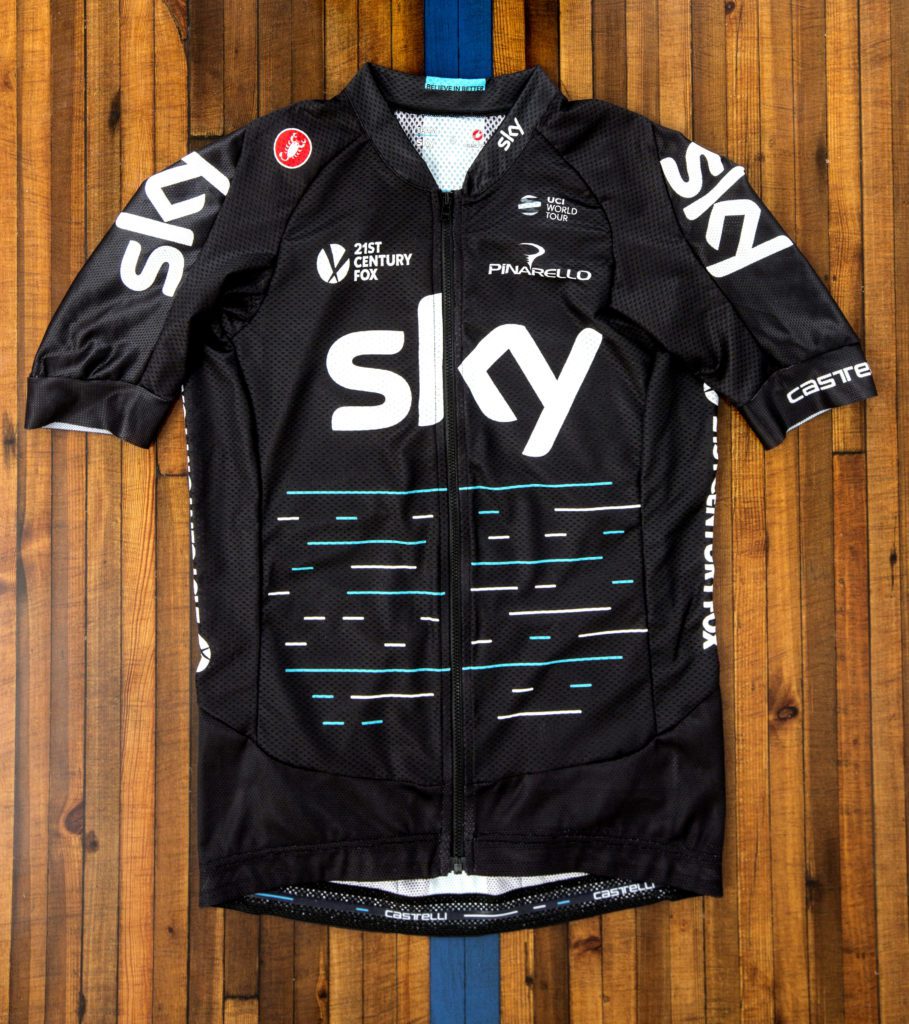 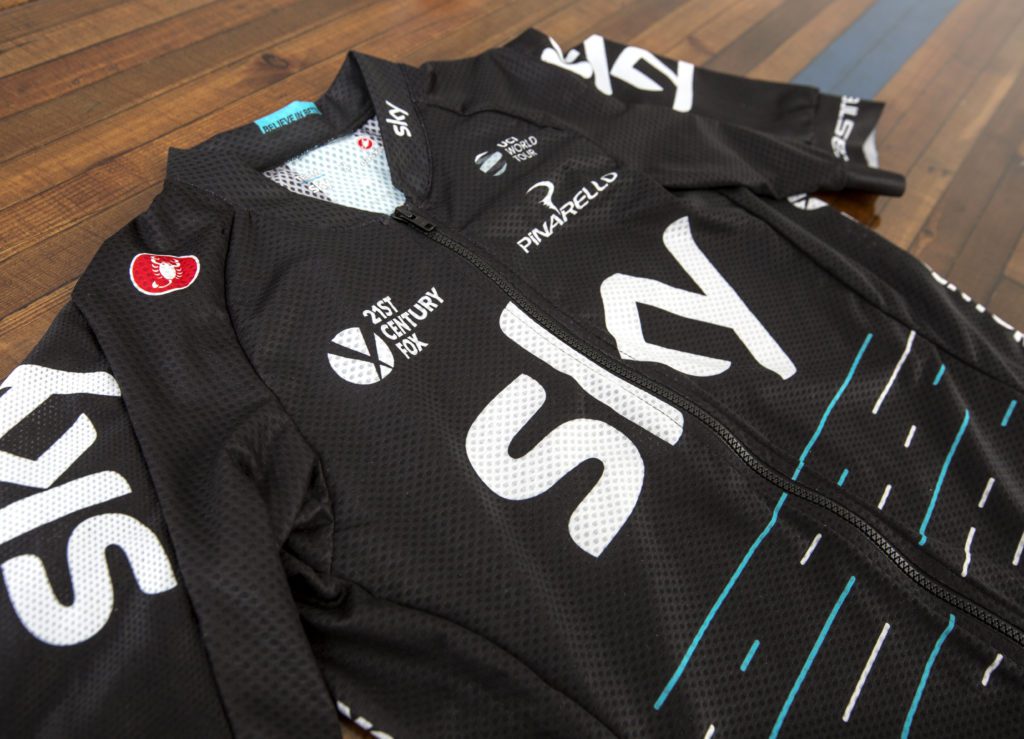 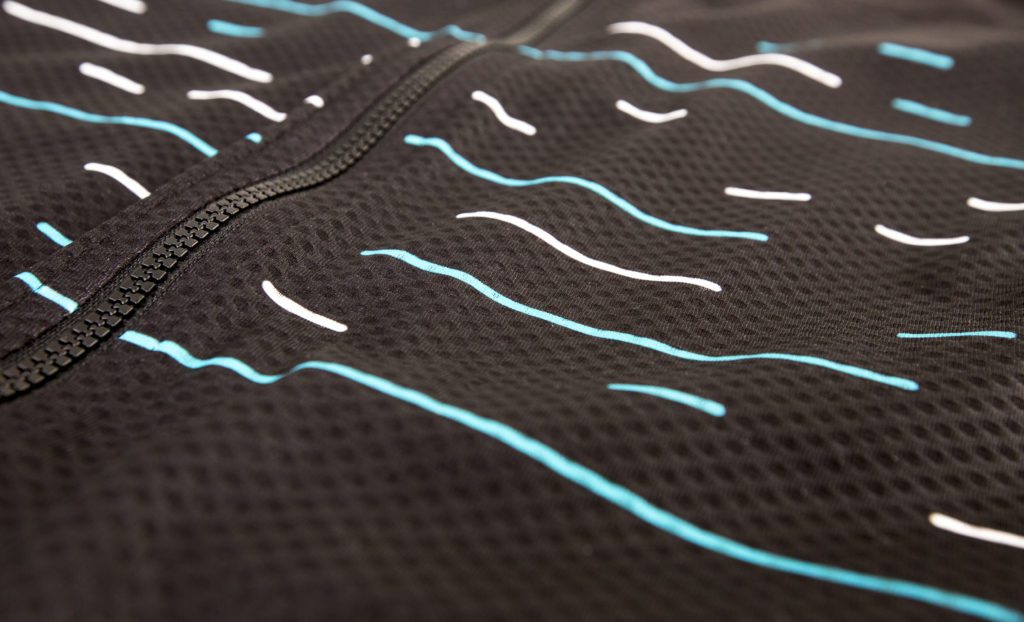 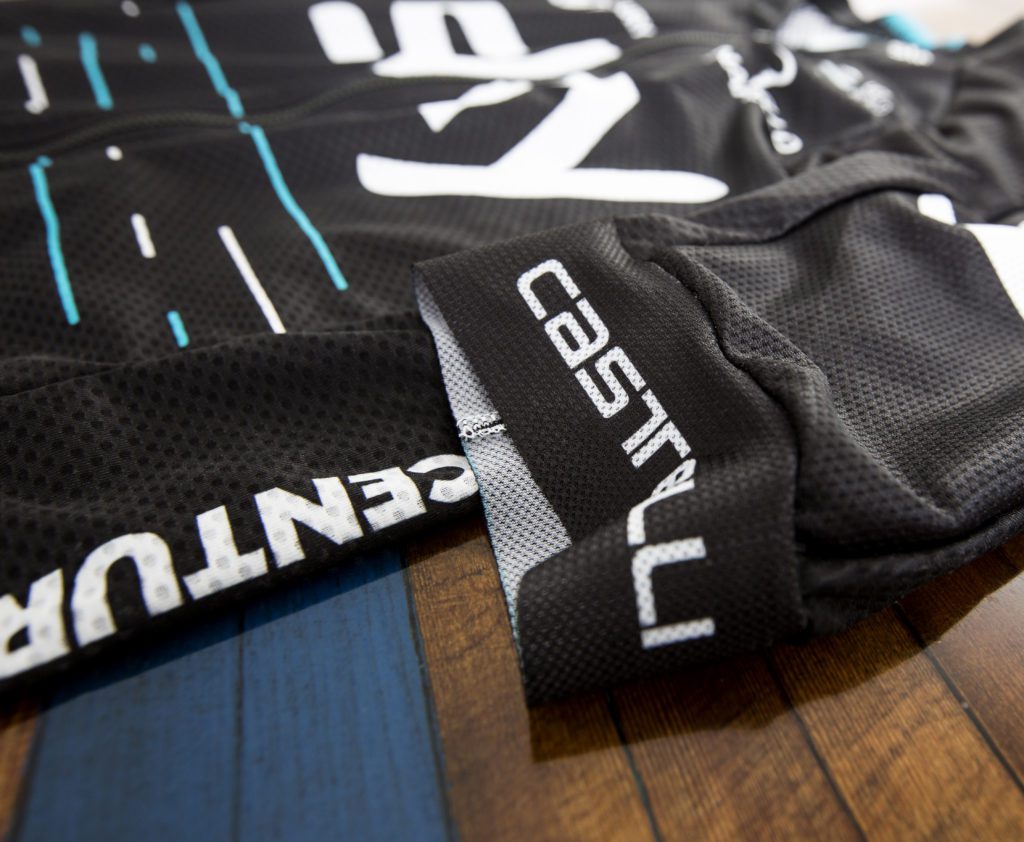 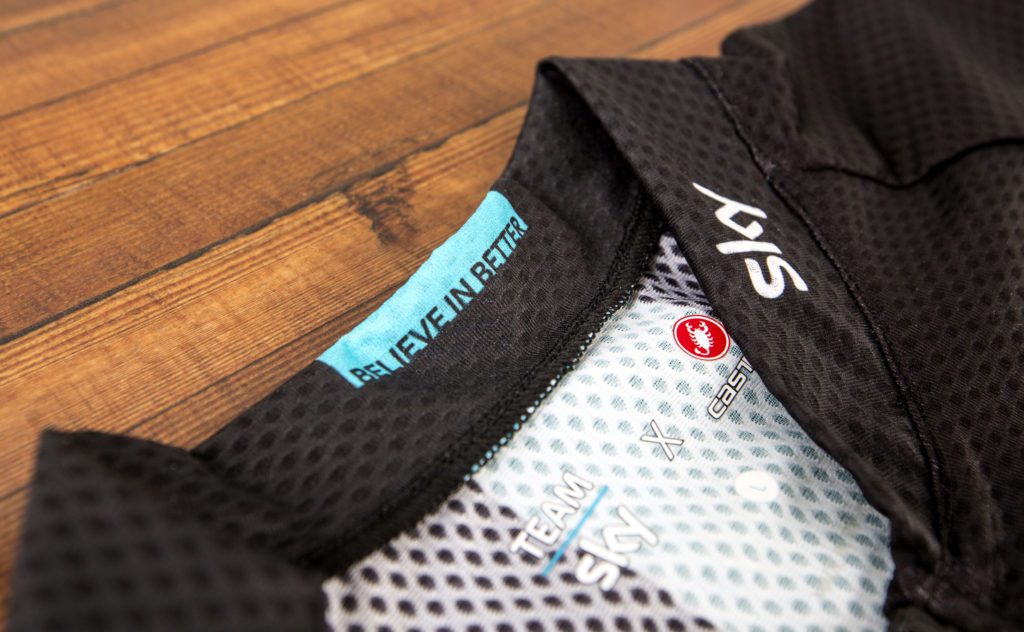 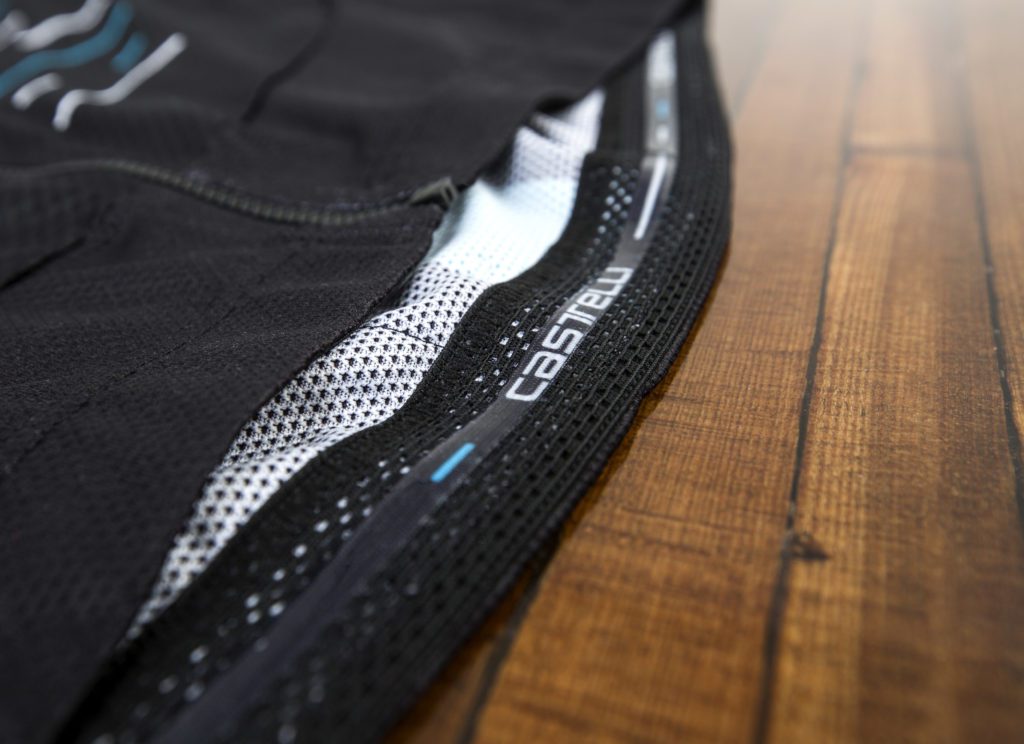 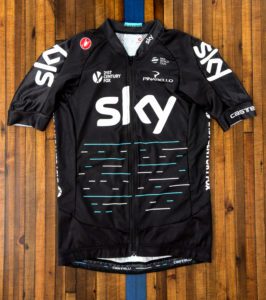 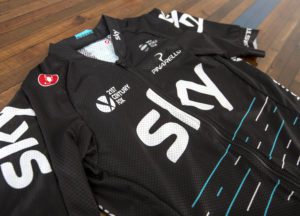 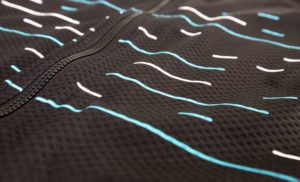 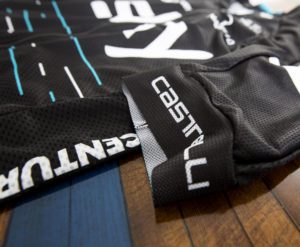 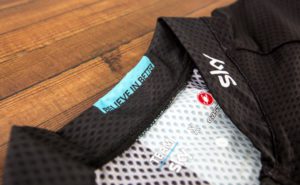 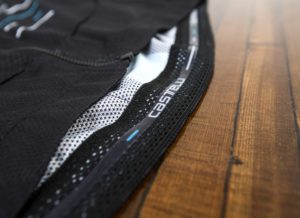 On Thursday in London, Team Sky revealed their 2017 jerseys and for the first year they have partnered with Castelli on performance apparel for the riders of the dominant British squad. Team Sky have won four the the past five editions of the Tour de France and as such have taken the opportunity to celebrate their victories over the teams first seven seasons of existence with the design of their new kits.

The graphics on the jersey, short, mitts, socks and cape represent specific Team Sky victories. Each line on the kit represents a victory with the longest blue lines representing the four Tour de France victories. The shorter dashes are the team’s one-day success while the medium length lines represent shorter stage races with the number of stages determining the lines exact length. The blue lines are the WorldTour victories while the white lines are other non-WorldTour victories on the calendar. The team say the empty spaces between the lines represent future ambitions that have yet to be filled up. 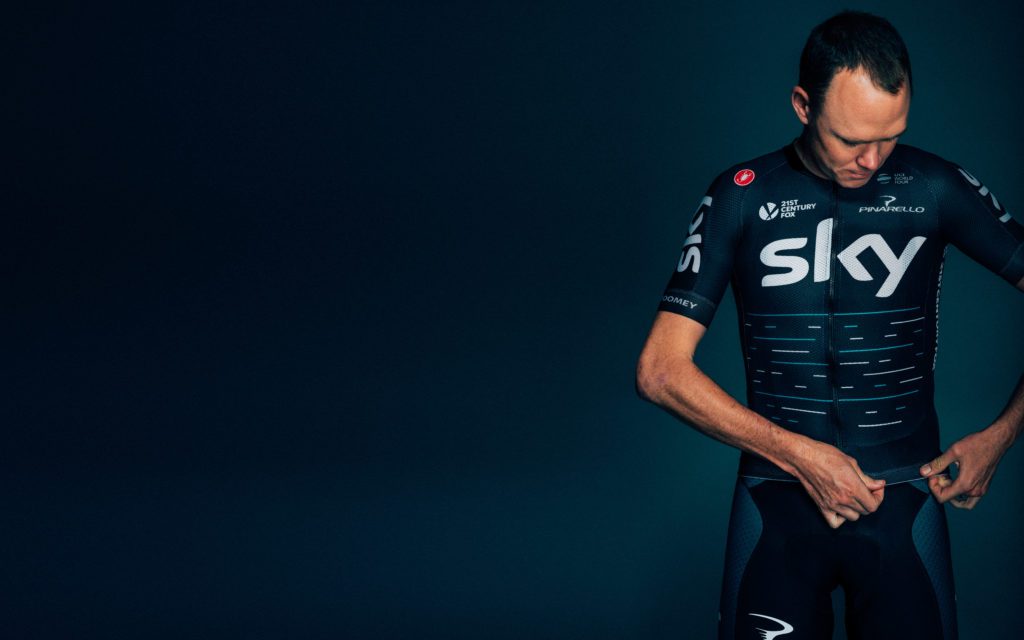 The front of the jersey features victories of riders who make up the 2017 team with the exception of Bradley Wiggins 2012 Tour de France victory which as the first British success in the historic French grand tour holds a special place in the teams extensive palmarès.

“We spent a lot of time thinking about our new kit and what we wanted it to represent visually”, said team principal Dave Brailsford. “We wanted to find a way of celebrating the success we have had as a team, but also to make sure we keep our mind firmly on the future. As a team we still have an enormous amount of goals we want to achieve and, through the design of our new kit, those will always be at the forefront of our thinking.” 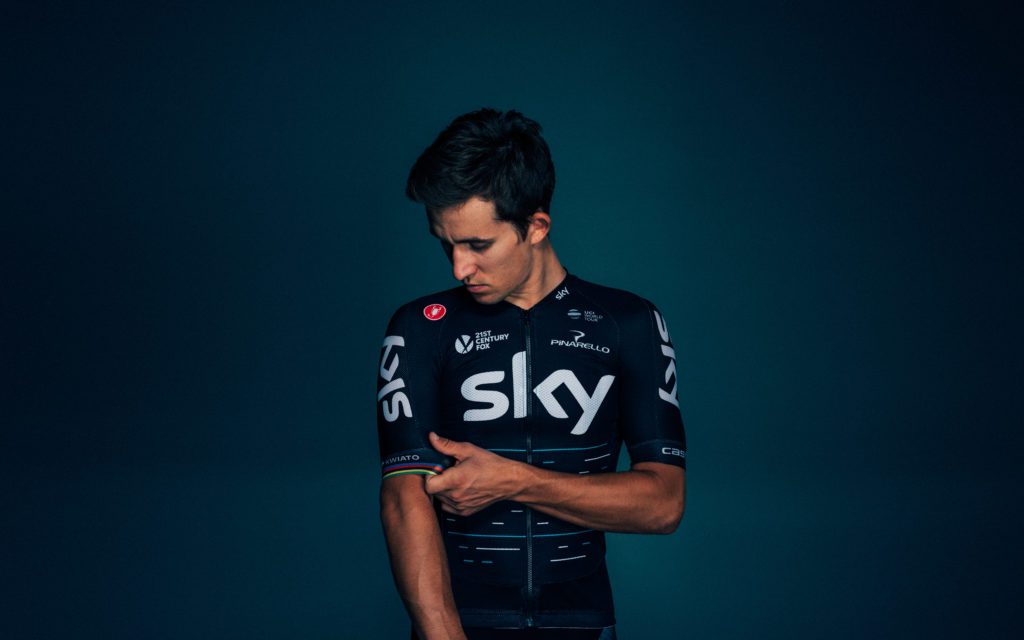 Team Sky will be the only WorldTour team donning Castelli’s extensive line-up of performance clothing which include pieces such as the indispensable Gabba jersey for inclement and cold weather riding.

In choosing to support Team Sky, Castelli have found a partner who is as goal driven and commitment to performance as they are. “Castelli and Team Sky share the same drive for results-driven innovation in everything we do,” said Andrea Peron, Castelli’s race performance director. “Team Sky has a structure and the resources to help us to continuously give our athletes a performance advantage. Whether it’s aerodynamics, foul weather protection or solutions that let the riders train more comfortably, we’re looking at every opportunity for an advantage.”