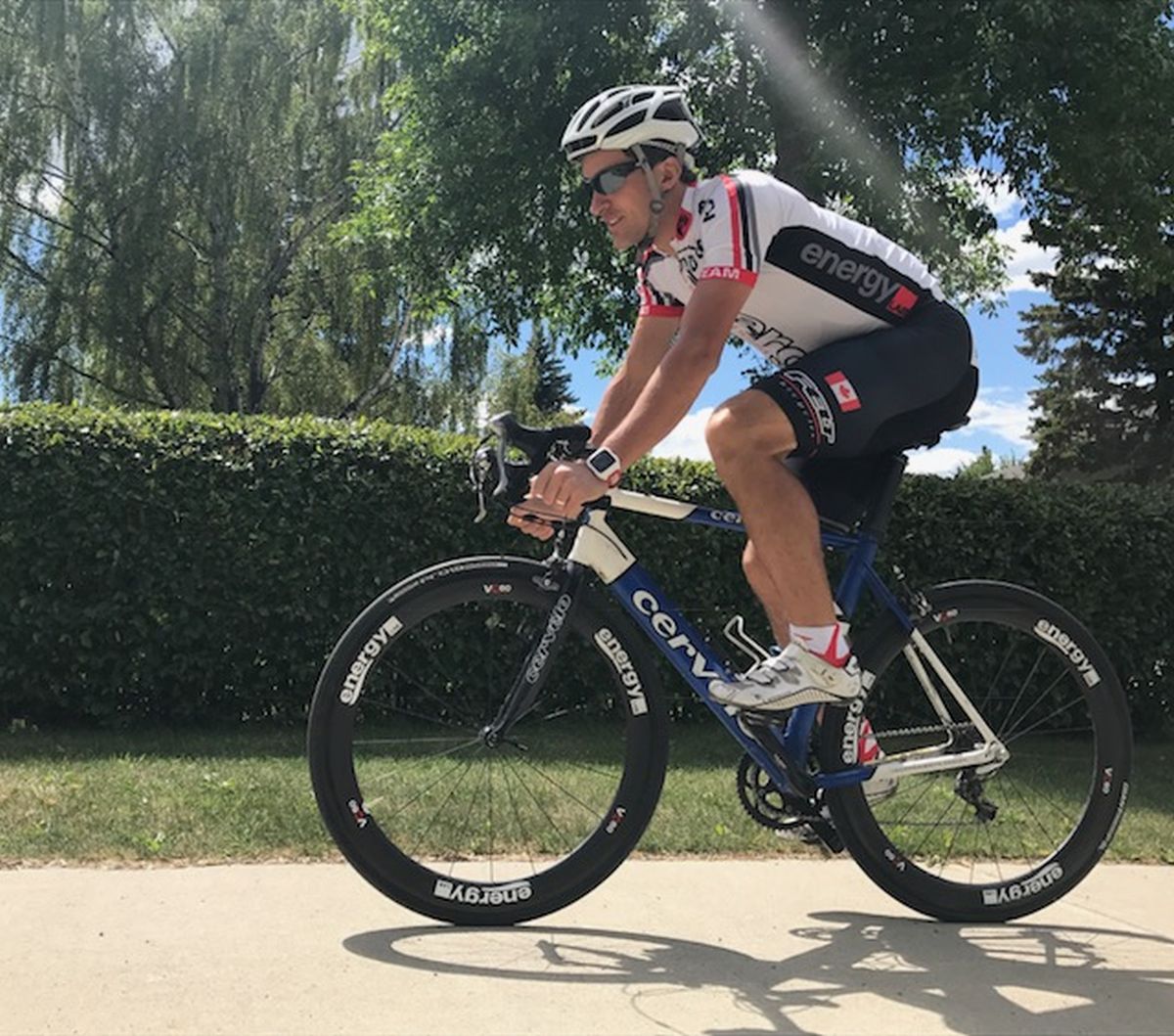 “It was when I was around three years old and I was on a tricycle,” recalls Denny Morrison, who’s won multiple medals for speed skating throughout the past three Winter Olympics. “My brother attached his bicycle to my tricycle and sped down our driveway. Then, he made a sharp turn left while I continued to go straight.”

The move left the young boy bruised and broken. Rather than see this accident as a defeat that may have led to a fear of riding, Morrison got right back in the saddle.

Morrison, 32, says his older brother was always a motivator and a key to his speed-skating success. Initially, his parents enrolled him in the sport when he was three because there were no hockey programs in Chetwynd, B.C., for kids that age. “I always wanted to be as fast as my brother so I chased him,” Morrison says. “Here I am today aiming for my fourth Olympics.” 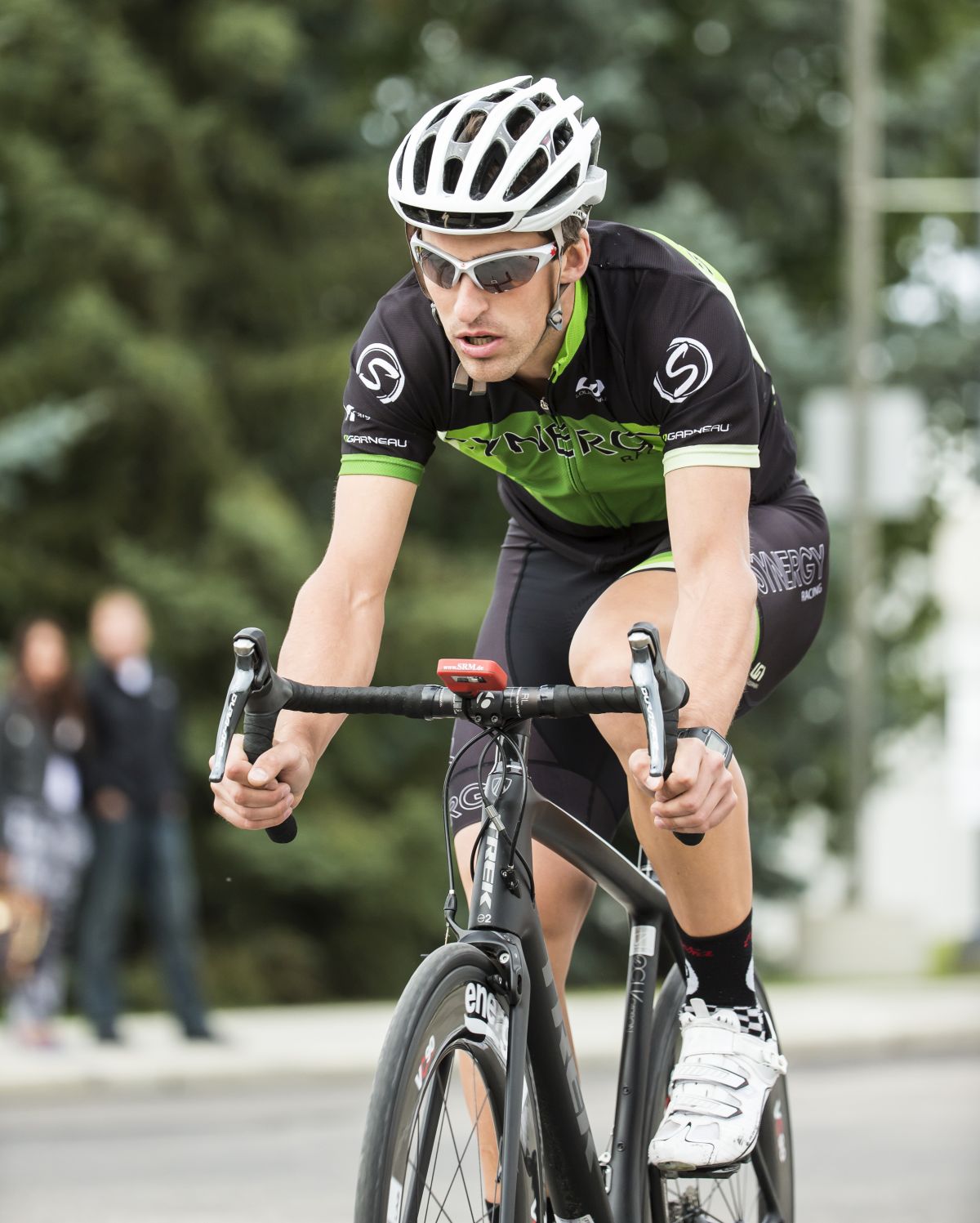 Cycling, for Morrison, has always been a huge part of his speed-skating training. Growing up, he got into mountain biking and loved exploring the trails behind his house with his buddies. “The trails were made for four-wheelers and dirt bikes, but my friends and I would take our mountain bikes and get into some serious trouble, crossing rivers holding our bikes up to our chests and other such things you do as a kid.”

For Morrison, taking risks is in his blood. “It’s a relative thing,” he explains. “If you are used to it and you can always fall and get back up, then it doesn’t feel too risky.”

What the speed skater also adores about cycling is the adventure aspect of the sport. “I love the unknown,” he says. “I like coming to a fork in the trail and saying, ‘Let’s go to the right.’ You can explore so much, like the river valley behind my house when I was 12 years old. To be 20 km away from your home on a mountain bike with your buddies, it’s only in hindsight that you see what you can overcome and what these adventures will lead to.”

Recently, Morrison’s riding has been instrumental in his recovery. On May 7, 2015, the speed skater was involved in a serious motorcycle crash. He broke his femur, elbow and a transverse process (a bony protrusion off a vertebra). He tore his ACL and badly damaged his meniscus. He also had a moderate brain injury (one step up from a concussion), punctured lung, a laceration on his left leg and had internal damage to his kidneys and liver. Morrison recalls dis- appointment upon waking up in his hospital bed following this trauma. Before he could even walk on his own again, he crawled into the saddle of his commuter bike, coasted down his driveway and rode around the block.

“I felt the wind in my hair and the feeling of liberation,” he says. “I was trapped in a broken body, but once I got on the bike, I just started riding for the freedom and joy of it. It’s a big reason I recovered so quickly. At 29, I felt what it was like riding again for the very first time.”

Ten months after the motorcycle crash, Morrison was on his way to recovery – both physically and mentally. To make up for lost training time, he decided to go with his then fiancée on a bikepacking tour along the Arizona Trail. The pair completed the trail, roughly 1,200 km in 20 days. The Olympian was feeling confident once again. Then, on April 22, 2016, on their way home from the trail, Morrison drifted off to sleep. Upon waking, he acted strangely. He was taken to hospital. He was having a stroke. Afterward, the left side of his body was weak, even unresponsive. He couldn’t walk normally, couldn’t raise his left arm above my head, couldn’t put a jacket on by himself. His face drooped on one side, while his speech was slurred. The stroke and surgeries that came because of the motorcycle accident not only set back his training for that season, but also his buildup to the next Olympics.

“As more and more adversity steps in my way, I just get up and get back on my tricycle again,” Morrison says philosophically. “It’s a cliché, but I just take one small step forward every day.”

With the final qualifications for the Winter Olympics in Korea nearing when Morrison and I chatted this past summer, the speed skater was confident he could complete his comeback and make the Canadian Olympic squad for the 2018 Games. After listening to his inspirational story, there’s no doubt he will rise yet again to this challenge.