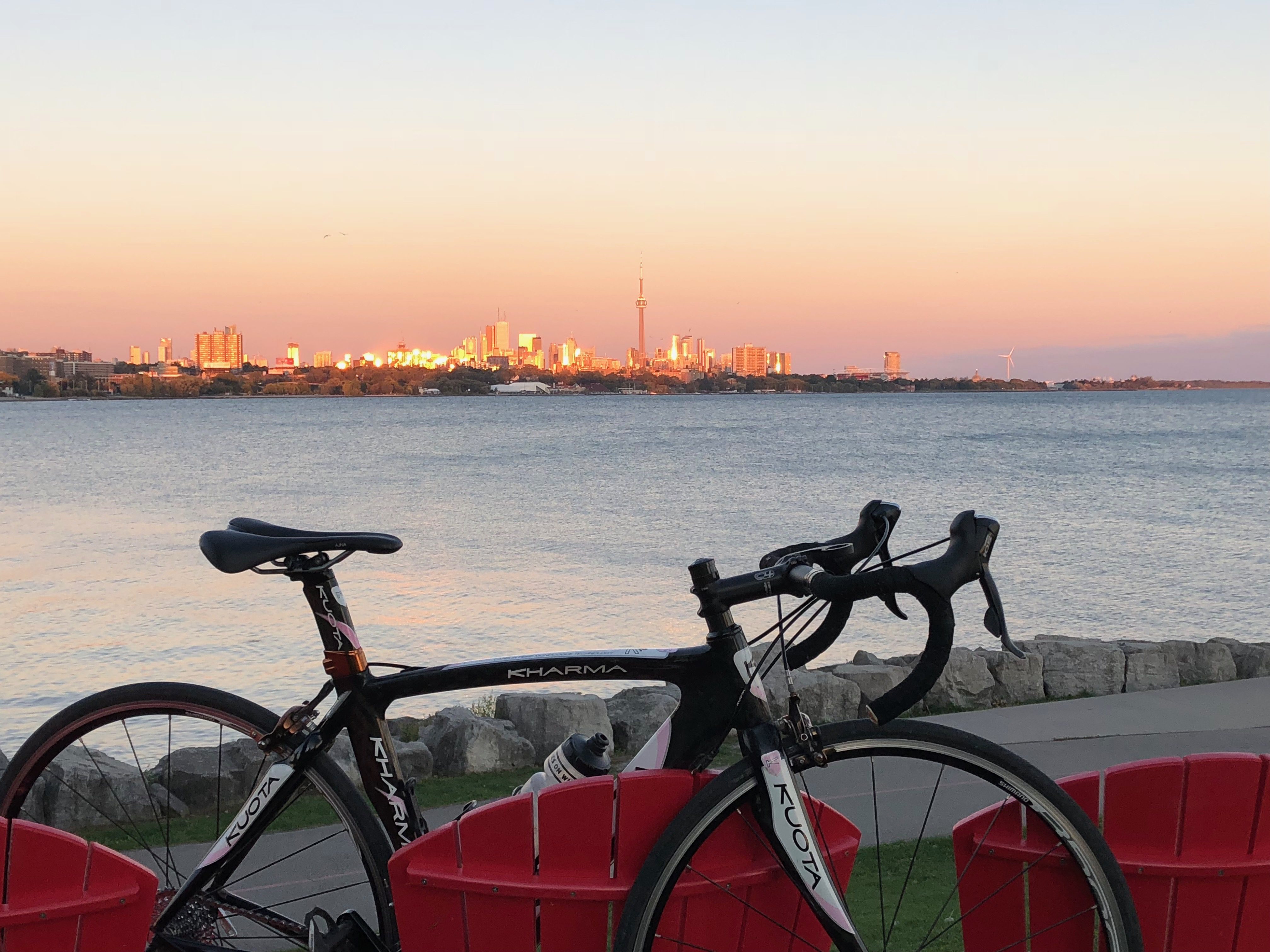 “What are you scared of most, Mel?” asks my partner, Paul. “You have been a cyclist most of your life. You’re stronger than you think.” I wish I had his faith. “Is it the pain you’re going to feel? The suffering? Not finishing?”

All of the above.

It’s less than a week until the Taiwan KOM. The nervousness and reality of what I’m doing is starting to sink in. If you recall from my last post, I’ve only been training for three weeks for a 105 km ride entirely uphill. I made the mistake of looking at the roster of names for last’s year’s ride: 2008 Olympic silver medalist Emma Pooley was there, amongst some Tour de France riders like Vincenzo Nibali, too.

But there is some good news about the ride and my training, the first 18 km are flat, and the timing of the race (cut off is 6.5 hours) begins after that flat warm up—so instead of the 105 km, it’s technically 85 km. The bad news is that at kilometre 97.6, the grade is 27.3 per cent for 80 meters. Throw that in with a few 13 per cent spikes near the end and it’s a daunting ascent.

So what can I possibly do, training wise, in a couple of weeks? I began to ask my expert friends. Tony Tam, a personal trainer, and all-around fitness guru, who teaches spin with me at Cardio Go, a Toronto gym, was succinct. “Start to taper down the mileage, either you have it [base fitness] or you don’t by now! Which thankfully I will say, you probably do and concentrate on strength workouts, AKA hill repeats. Something like 10 reps on Brimley (notorious Scarborough hill) with 2 minute rests in between, which would give you 1,000 m plus of elevation.” I did the hill repeats, but only five times. After the hour ride to get there from my house downtown, and return, I thought I was covered.

Stretching and deep breathing are also helping with my nerves. I can’t do anything more for my training—the few days before the race, we’re slated to do a 36 km ride—but for now, it’s all in my head.

“Put a quote or some inspirational message on your top tube,” says Karen Duff, another friend and owner of Fit4Adventure. Karen was my race partner in a three-day mountain bike stage race in Israel two years ago. Thanks to her training, we placed second in our category. I’ll reveal the rest of Karen’s advice the day before the race. For now, I keep repeating the quote that’s going on my top tube, the one that will get me through when my legs are burning, and I want to give up: ‘You are F*!king Melanie Chambers!’