Last year, on a Squamish mountain bike Facebook group, the father of a young girl posted that he was dismayed to see a pair of women’s underwear nailed to a tree on a B-line. Throughout the past few years, the underwear has been repeatedly removed and replaced. The garments sent a message, a patronizing and sexist affront to female riders.

The post provoked a range of comments. Some claimed it was a simple joke. Some called critics snowflakes. Some said it was an act of disrespect. Some just didn’t want to talk about it, yet posted.

In 2016, a female jogger from Kelowna, B.C., Carrie Karsgaard, came across the trail name, Squaw Hollow. She later wrote on her blog, drawing parallels between “squaw” with “the n-word.” It has some serious undertones with regard to the sexualization of Indigenous women and violence toward them.

The sport of mountain biking isn’t alone with its problematic language. The climbing community has been examining the names of its routes. Even major league teams such as the Edmonton Eskimos (which dropped “Eskimos” in July) and the Washington Redskins (which became the Washington Football Team early in the summer) are rethinking language.

Trail names, as well as certain elements of mountain bike culture, can affect, even hinder, top athletes and amateurs alike. The stories behind some trail names can have some nuance, some-times, but solutions, the ways to move forward, are almost always complicated. While giving a talk at a university athletic department recently, Catharine Pendrel, member of the national mountain biking team, Olympic bronze medallist and two-time world champion, was asked her favourite trail. “I wanted to say Angry Midget in Squamish,” Pendrel remembers, “and I thought, ‘Oh God, do I want to say that out loud? If they want to find that trail, I have to say the right name, but that feels pretty uncomfortable.’” She believes the name wasn’t meant to be harmful, but that perhaps it shows a lack of awareness.

Controversy in the community

One prominent female member of the cycling community in B.C., who wants to remain anonymous as she’s been the target of harassment when she speaks out, says the language reflects a larger problem in the biking community. “Your features and your characteristics are used as the butt of a joke,” she says. “It’s misogyny, and it’s a constant reminder that this place is not for you. You guys don’t want your fun to be ruined because you can’t say ‘panty line’ or name a trail whatever. I’m also out to have fun. But when I see these things about women and people who are marginalized, it’s a constant reminder that you are not seen as equal.”

However, change is coming.

“There’s never been this huge amount of people talking about the same topic at the same time and that’s the kind of power and show of force that needs to be put behind it. This isn’t one person having problems with a name. It’s a huge problem,” the mountain biker says.

The Squamish discussion garnered 517 responses. Recently, when a post went up on the Don Valley MTB Facebook group for Toronto riders asking about controversial trail names, 285 comments – many constructive – went up in a night, but discussion quickly devolved into insults causing moderators to shut it down. 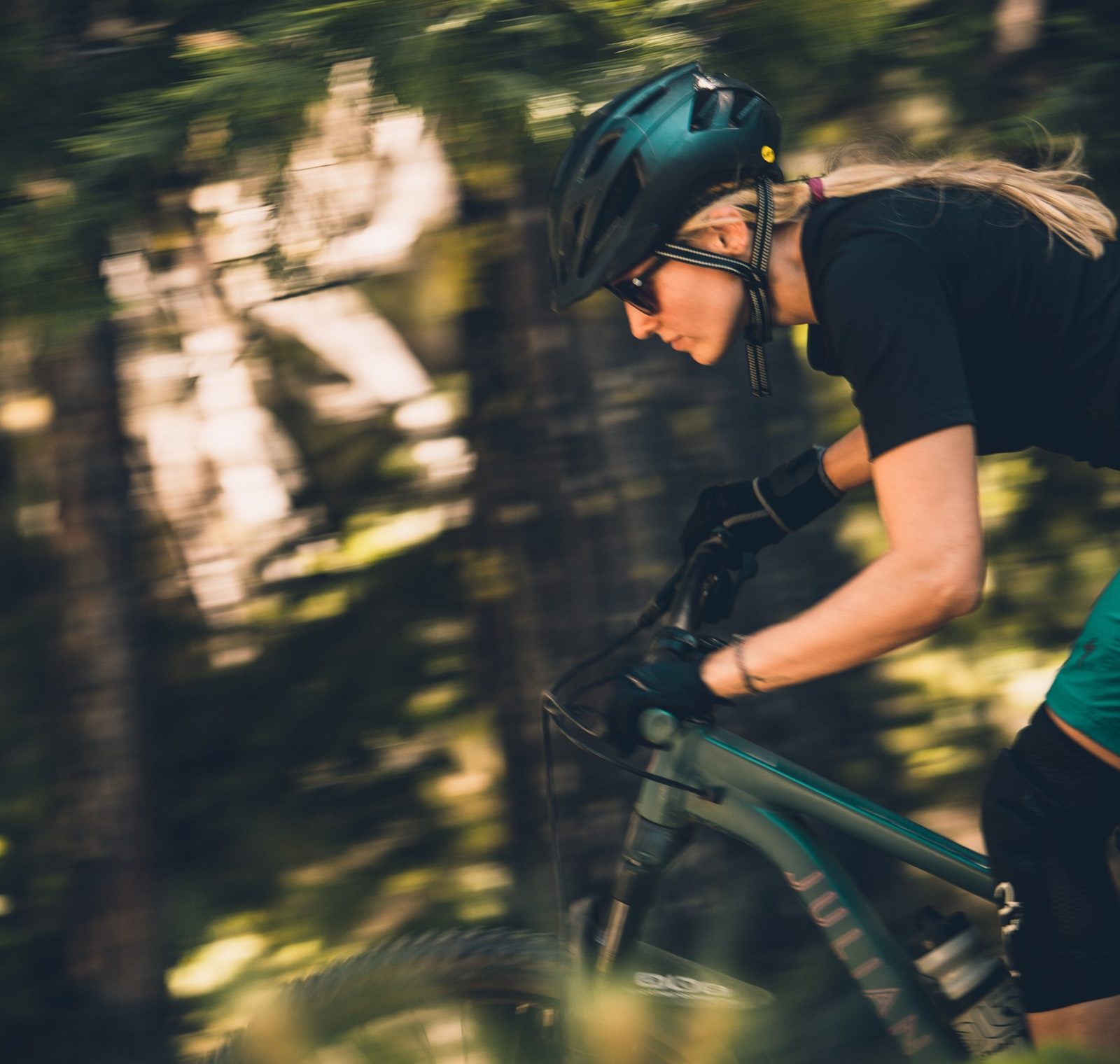 Many trails with questionable names, at least on the North Shore, were created as long as 20 years ago. “North Shore was supposedly where extreme mountain biking started, and it came along with some of that male macho attitude that we’re used to. The trail names reflected that,” says Cooper Quinn, president of the North Shore Mountain Biking Association (NSMBA).

Jennifer Wigglesworth, a PhD student at the School of Kinesiology and Health Studies at Queen’s University, says that, similar to her research into sexist and racist climbing route names, mountain bike trail names reflect an inherently white male sport. There is a legacy of renegade and rebellion built into the outdoor culture. “In a historical context, it’s wrapped up in ideas of masculine conquest and this notion that nature is to be tamed,” Wigglesworth says.

Kristen Courtney, a Squamish Off-Road Cycling Association (SORCA) board member, speaking on her own behalf, recalls when she got into the sport in 1994: she was 13. Reading her brother’s Bike Magazine, she wanted desperately to be an intern at the publication. “I recall reading about strippers and booze and I thought, ‘Should I pretend I’m a guy so I can write for them?’” Courtney says.

Cooper Quinn at NSMBA notes that making the sport more inclusive will require important conversations with trail builders, organizations and land managers. “That’s going to require potentially rethinking some of these names to make sure that people don’t feel unwelcome,” he says.

When members complained about the names, associations changed them. On the North Shore, Severed Dick became Severed D; and Cunt Buster, C-Buster. In Squamish, Angry Midget became Angry M . In the Fraser Valley, Mongoloide is now Mongo; however, many sexist and racist names still remain.

For SORCA, trails in the region are on a mix of Crown and park land. The organization consults with the province, with people such as Alistair McCrone, a recreation officer for the Sea to Sky Recreation District, which includes Whistler, Squamish and Pemberton, B.C. “As the government, we don’t want to limit freedom of expression,” McCrone says. “The public is able to edit themselves. Also, trail naming is a very important part of the mountain biking culture and names often have hidden significance or meaning to the locals or builders.”

On Trailforks, the largest crowd-sourced trail database, the owners also don’t want to censor names. If a rider has a problem with a trail name, that person can flag it. The association of that region monitors those requests.

In regions where no governing body administers the names, rogue titles and controversial monikers are still relatively common. If the trail is illegal, trail builders can name it whatever they wish. Some argue that when trails become legal, then the trail names will become more appropriate for all. When the routes are managed by associations, it’s easier for members to vote on names. 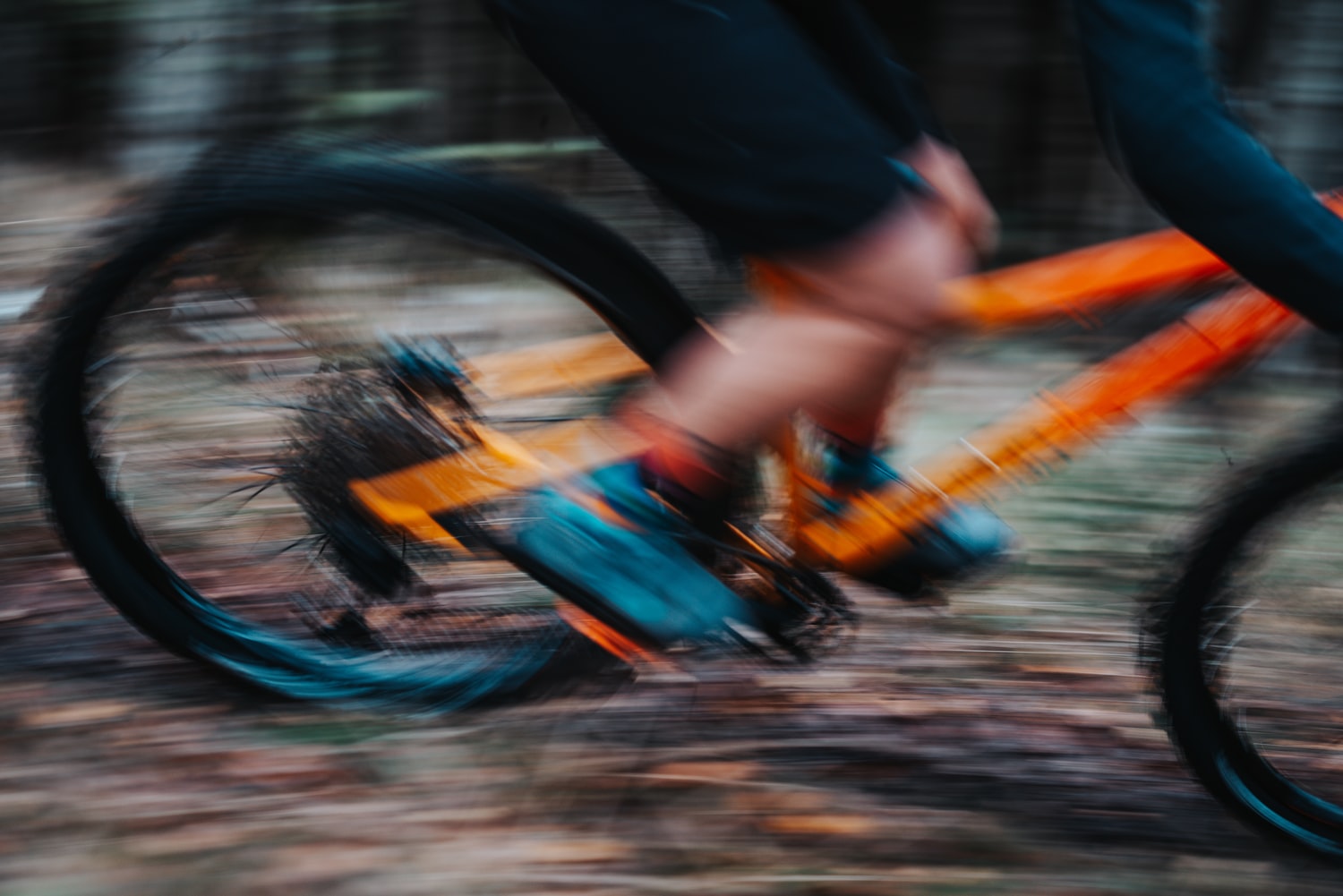 The language of builders

In Toronto, a trail was named Dead Pussy because the trail builders found a severed cat head on the route. But, riders will perceive it differently.

Without context, and the back-story, what are we left with? And, what is the line between sexy and funny, and sexist and racist? Some trail builders say the line is hard to draw.“Why do I give things sexual names?” says an Ontario trail builder who wishes to remain anonymous. “It’s just part of having some fun. Some of the names have double-entendres and it’s innocent, but there is definitely a wink-wink, nudge-nudge there.” Where we are today, he says, isn’t where we will be tomorrow. Language changes in response to the needs of its speakers. For example, in the early ’50s, English speakers were moving away from using “he” as the default pronoun for a generic person. The change to using the plural pronoun “they” as a singular pronoun took time to take hold.

“Sources of insults are often derived from things that we independently think are bad,” says Bronwyn M. Bjorkman, assistant professor of linguistics in the Department of Languages, Literatures and Culture at Queen’s University. Take, for example, the phrase “oh, that’s so gay.” “Many people who used the phrase weren’t thinking ‘homosexual,’” Bjorkman says, “but the reason that became an insult is it was an insult to be queer.”

She adds that various studies show a subconscious connection with these types of phrases and words. It can take generations for a term to shake its former meaning. “People will say, ‘OK, I’m going to consciously make a decision not to insult people using this term,’” Bjorkman adds. But language is only the beginning, says Jennifer Wigglesworth: “Even if we have a change in writing, it doesn’t necessarily mean a change in culture. The culture has to change as well.”

Diversity on the trails

To that end, groups such as NSMBA agree it’s time to catch up. In 2018, the organization hosted a summit devoted to diversity. It also published an online document called Trails For All, Trails Forever, a manifesto outlining resources on privilege and racism. The organization has LGBTQ and women’s-specific trail days. NSMBA donated the proceeds of its annual bike raffle to Colour The Trails, an association that promotes Black and Indigenous people of colour in outdoor activities. The discussion that began with gender is now happening with race, says Quinn.

Justin Darbyshire, field program co-ordinator for IMBA Canada, recalls naming a difficult trail Wheelchair Access with a group of fellow riders back in 2000. “When I began to work in advocacy and start my personal journey on discovering the need for mountain biking to engage in justice, equity, diversity and inclusivity, I definitely began to see that trail name in a different light.” The trail was subsequently renamed to Wheelchair.

Ultimately, mountain biking will evolve as its entire community evolves, and grows up, says Marc-Etienne Brunet, a rider familiar with Toronto’s Don Valley. “Honestly, I probably would have thought the names were funny and cool 15 to 20 years ago and I may very well have contributed to that naming style then,” he says. “As an adult father, I would much prefer to see more family-friendly names. I’ve got no problems with rim jobs, but I don’t want the green space near my house to be called Rim Job Park.”