Cyclists dress themselves in many items that are a mystery to non-cyclists. But functionally, they all have a use (to some extent). Here’s an explanation of some of the more confusing cycling accessories you may have spotted in the wild. 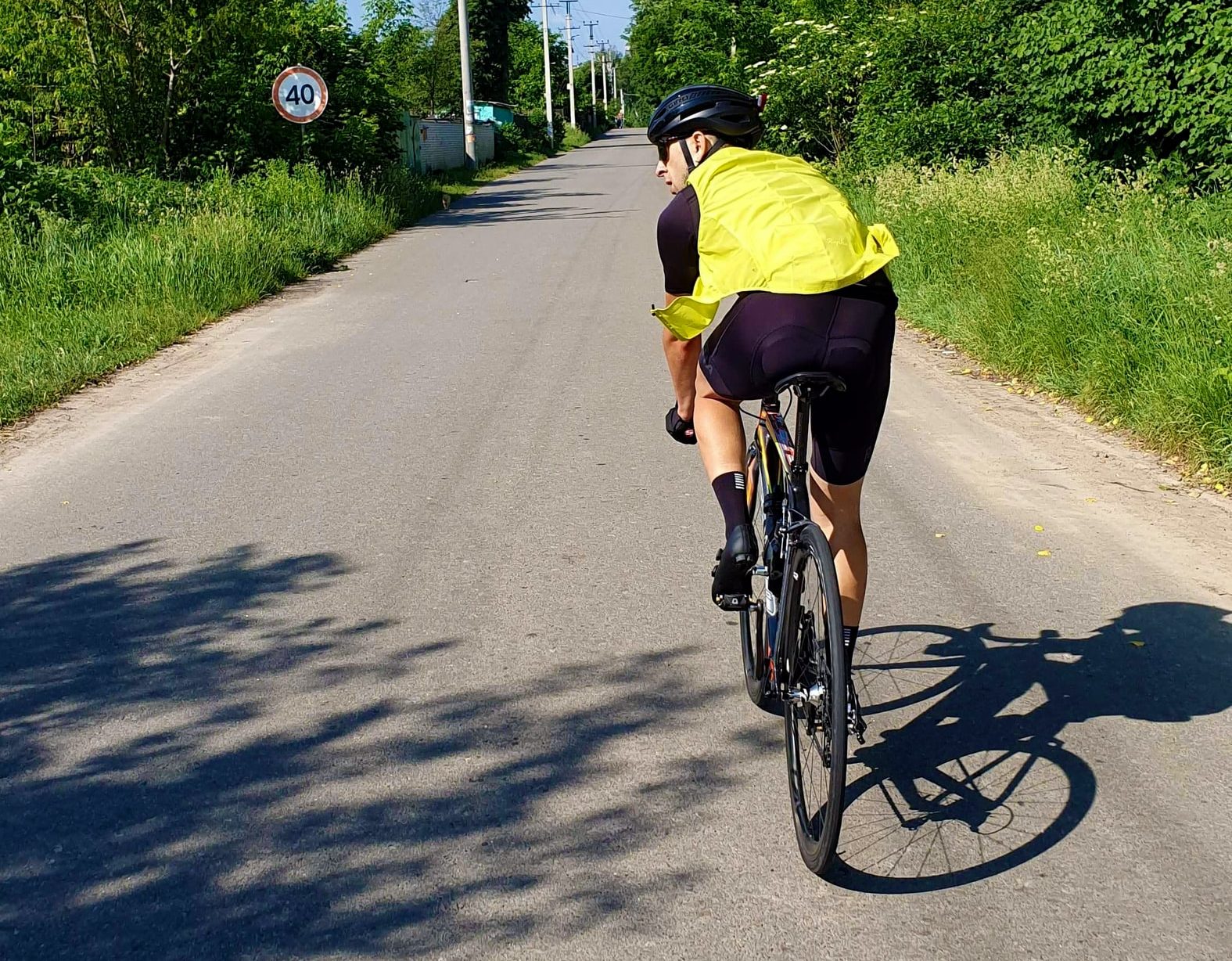 Lots of cycling gear comes in eye-wateringly bright colours. Some looks kind of stylish, but some is just outright offensive. Regardless what you think of these gaudy (in a good or a bad way?) highligher yellow, pink and green jerseys, they’re very effective in getting you to take notice of the wearer. That’s the point of these designs, as drivers that aren’t paying enough attention to the road will also have a hard time missing these highly visible cyclists.

Ah, yes, “the shorts”, the ones that kind of look like you’re wearing a diaper under cropped leggings. Bike shorts are actually quite popular in women’s fashion nowadays so the look isn’t altogether alien, but the chamois still takes some explanation.

The chamois (or shammy) is the padded section of the bike shorts, which makes rides longer than a commute significantly more enjoyable. If you’ve ever noticed your butt hurting after a bike ride, you’ll understand the appeal of extra padding.

RELATED: Why you should wear bib shorts and what to look for when buying them

Aerodynamics are very important to cyclists. Any stray fabric flapping in the breeze is slowing them down, and cyclists generally don’t like to be slowed down. Over the years, and with the development of more stretchy and breathable fabrics, cycling jerseys have progressively gotten tighter and tighter. 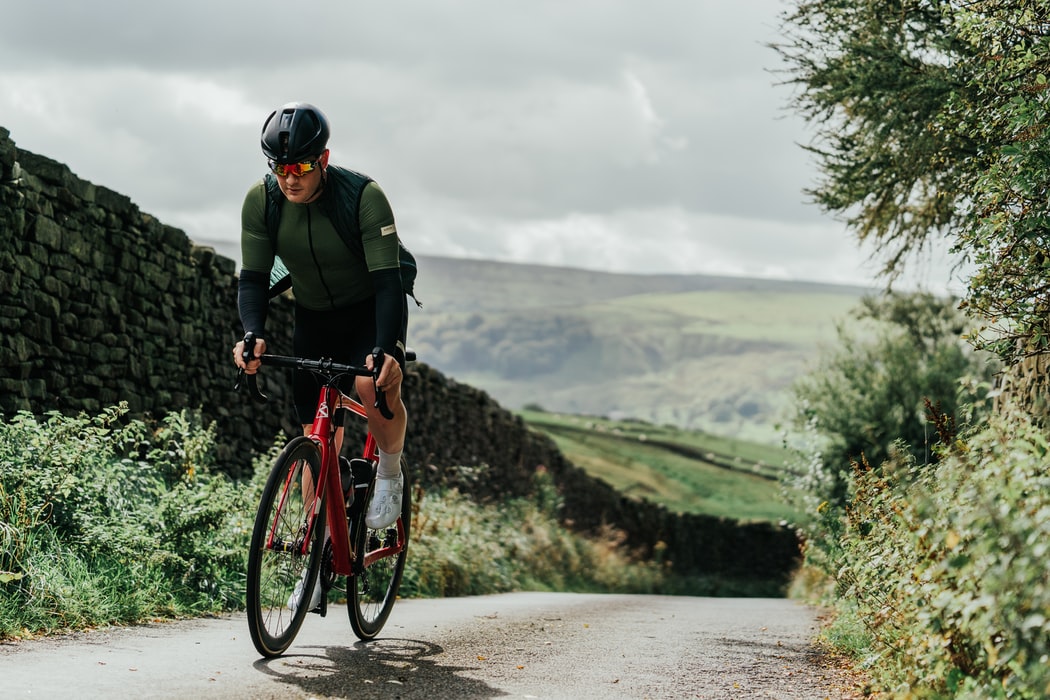 Though some are quick to judge the MAML (middle-aged man in lycra) aesthetic, I personally find it exciting that many of these riders who are typically socially restricted to a narrower subset of relatively conservative fashion have more personal freedom of expression with their cycling clothes. Also, tight jerseys are super comfortable to wear. 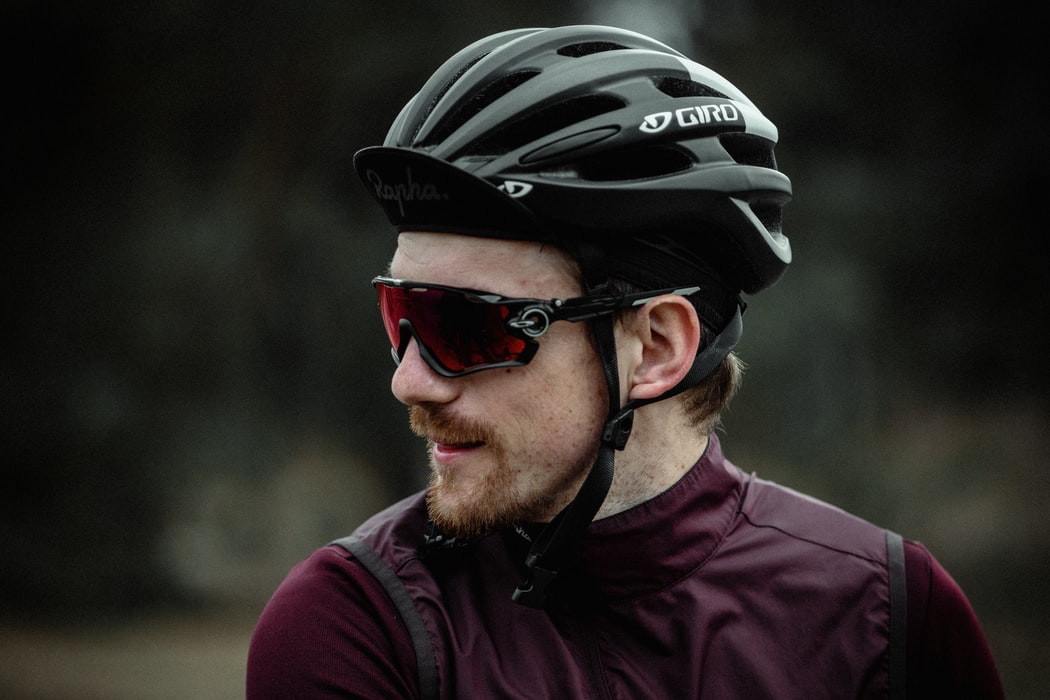 The easy explanation here is wind hurts your eyes, and so does anything flying through the air as you ride faster than 20km/h. The more in-depth story is that cycling glasses have been in and out of the non-cycling fashion world for decades, and it’s led to some weird, fun, and genuinely silly developments in the eye protection game. 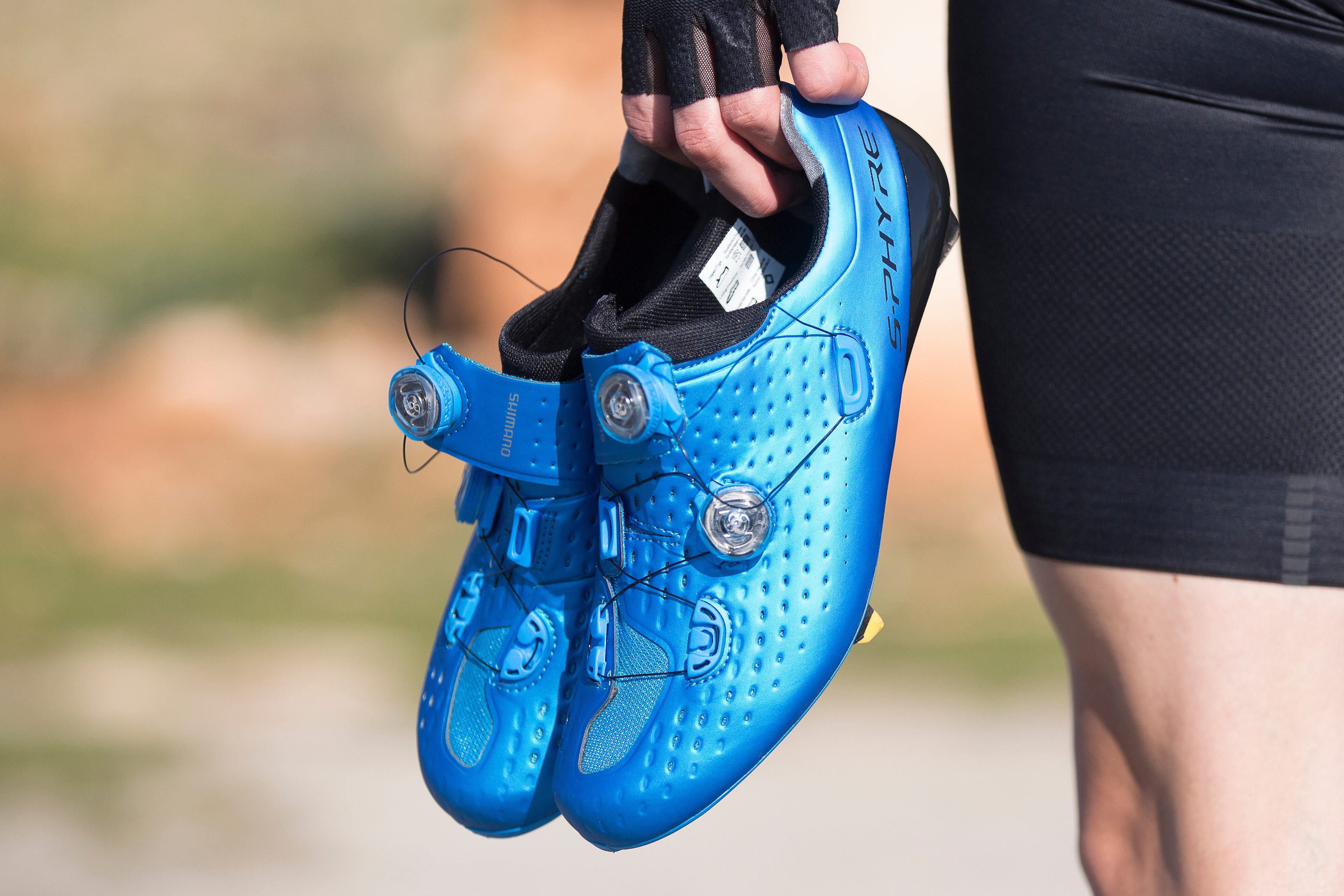 The click-y shoes with weird contraptions on them are a noticeable part of the cycling look. These shoes actually attach to the pedals, which gives cyclists better foot retention, allowing them to derive power from the upward stroke of their pedalling motion as well as the downward movement. They’re also surprisingly expensive, ask a cyclist what they paid for them next time you see one, I guarantee you’ll be surprised. 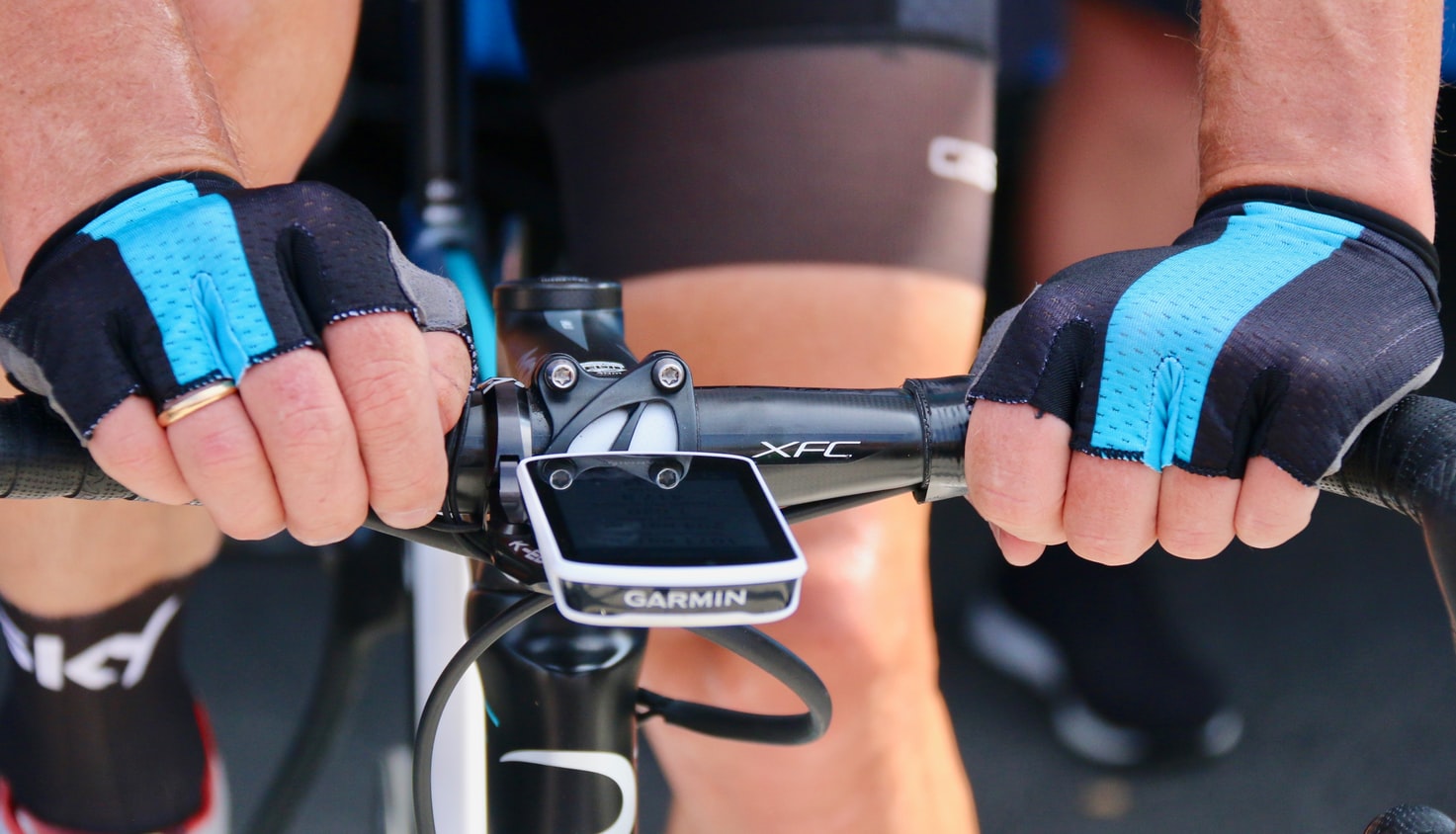 Not all cyclists wear cycling gloves, but there are three reasons some cyclists choose to wear the fingerless accessories. Firstly, the gloves soak up hand sweat, and and can be used to wipe your face and nose. Gross, but effective.

Some gloves have a bit of padding, and are useful for hand discomfort. Finally, if you crash you’ll probably instinctually stick out your hands, which can lead to some pretty nasty cuts. Gloves can help diminish that damage. 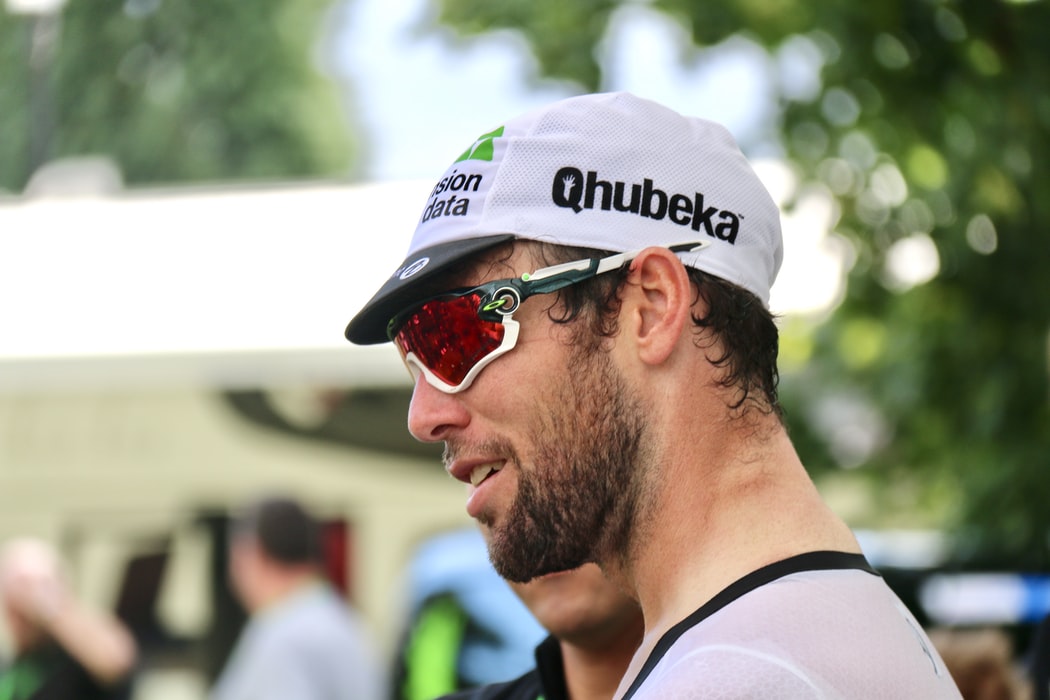 These hats with the little brims are an artifact of the pre-helmet days. Worn underneath a helmet nowadays, they still do some work to keep the sweat off your brow and the sun out of your eyes (a bit). They can kind of hold your hair down and out of the fancy features of your helmet, and they can maybe keep your head a bit warm on a day with a light wind. Really, the best use for these hats is for signalling to others (off the bike) that the wearer is a cyclist.