In the middle of a July heatwave, Jamie Vrooman cut a road ride short and took a train home because the 40 C temperature was too much. He called the move “an adult decision.” When I asked him about more autumnal pursuits – cyclocross – he said, “It’s only 46 days away,” like a kid counting down the days until Christmas. He did receive a lump of coal in his stocking a few days later when he found out the new Toronto CX was cancelled. His season was delayed by at least a week.

Vrooman got into bikes while he was in university in Winnipeg. In fact, some of his first bike purchases were with student loans. There was a track bike because he had plans of getting “fixie famous.” There was a Marinoni with a Campagnolo Chorus group that he bought on eBay. Then, to start paying off those student loans, he worked in a kitchen washing dishes. His culinary knowledge grew from there. He later moved to Toronto and worked in various restaurants, some high-end, some hip (fancy meatloaf or “lard-core”). He’s found himself in a butcher shop, a pizza joint and managing production and purchasing for three restaurants under one brand. “It’s about collecting diverse skill sets,” he said about his resumé.

The challenge for Vrooman is balancing the long hours that come with working in the food industry and cycling. Still, he competed in roughly 14 amateur CX races in 2017 and nine in 2016. He plans on racing as many muddy events as he can this fall.

“This roast-chicken recipe is sort of like gluing tubulars: it’s conceptually simple but the difference between good enough and great is in the details,” Vrooman said of the slightly sassy directions he’s provided. In the fine-dining world, he’s given simple tasks, such as roasting a chicken, to potential sous-chefs. “You see how they are going to work. It tests their attention to detail. You’ll see if they take the extra steps to make it a bit nicer, or just do it as quickly as possible and be done with it.”

I asked him if he is as fastidious with bike maintenance as he is in the kitchen. “I try to be,” he said. “But anyone who raced with me in years past remembers me rolling tires.” 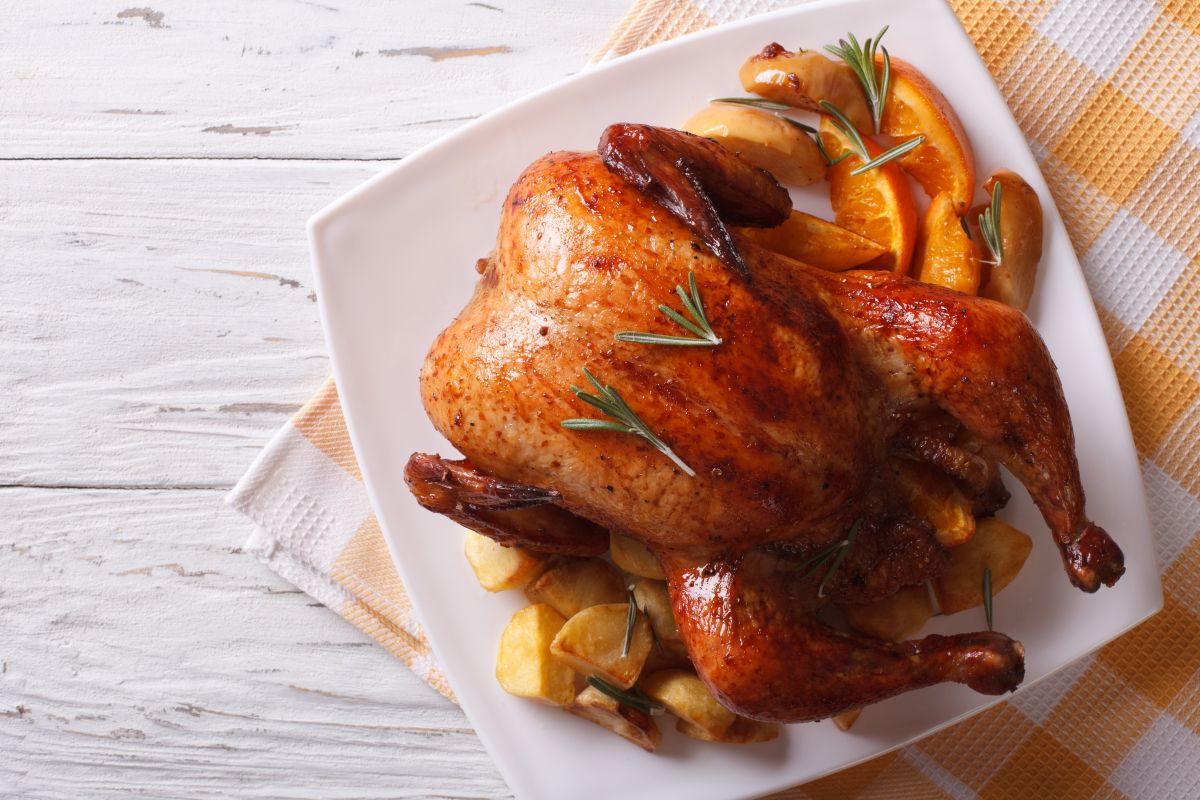 1. Bring your chicken to room temperature. Let it sit out for an hour, but less than four.

2. Turn your oven on to 475 F. This may be hotter than you are comfortable with. Commit.

3. Don’t wash your chicken: rinsing poultry splashes the bad stuff all over the place.

4. Pat the chicken down inside and out with paper towels. Dry it out. Steam is the enemy.

5. Sprinkle salt and pepper inside of the chicken. Don’t pour salt from the box; make a pinch tin.

6. Truss your chicken. It’s easy: look it up online. You can omit this step, but it is pro.

7. Season the outside of the chicken, back first, then breast, with the salt and pepper. Use about a tablespoon of salt if you’re worried about measuring.

8. Place the chicken breast-side up on a rack in a roasting pan. You can also pop it on any oven-safe pan, but having it raised is pro.

11. You know the chicken is done when an internal temperature of the thigh is 165 F. If you don’t own an instant-read thermometer, get one. Otherwise, you’re basically testing your tire pressure with your thumb.

12. Let your chicken rest on a cutting board for 15 minutes. Don’t cover it. This step is critical. Leave it alone. 13. Carve your bird. You can look this process up online or make it up as you go.