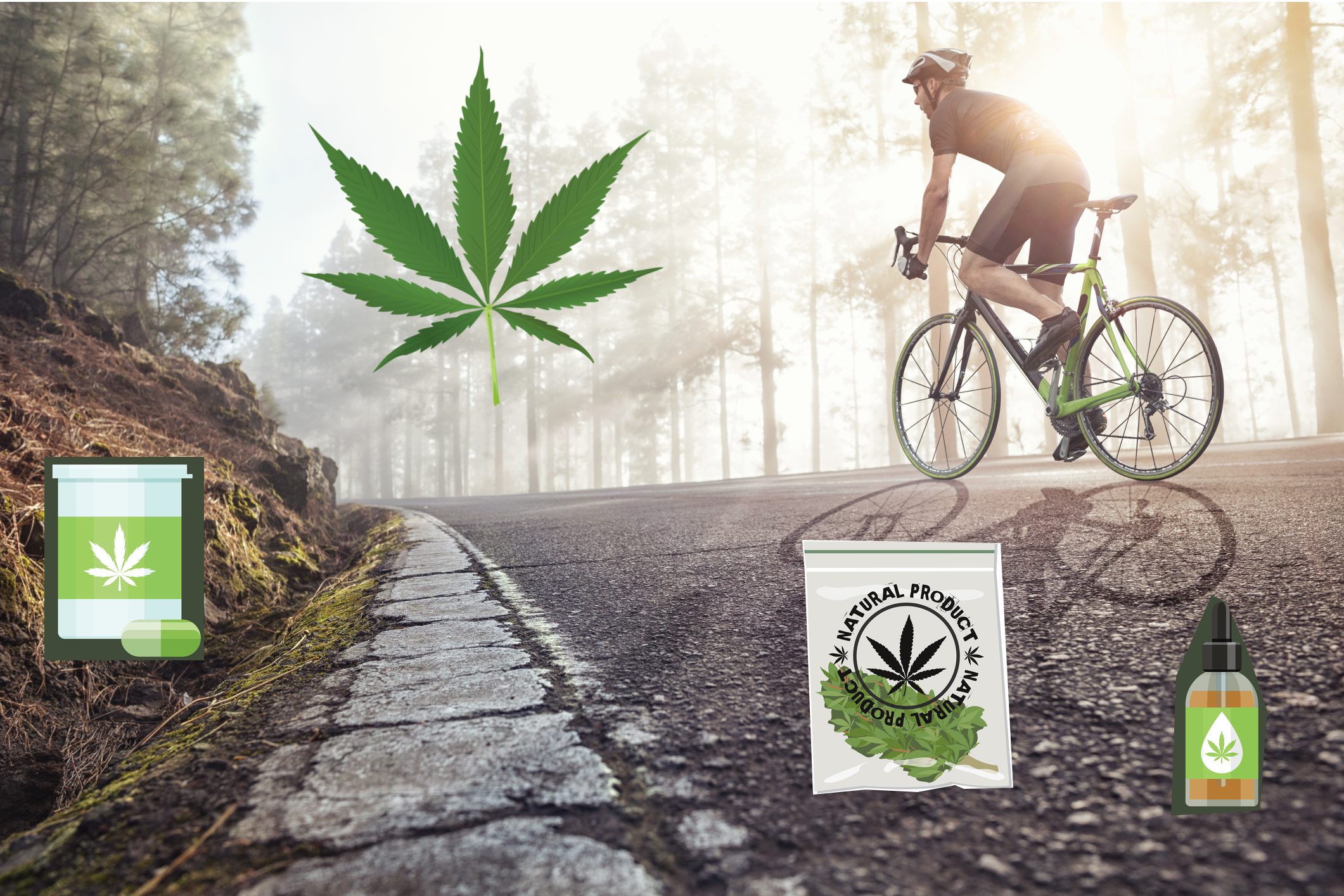 On Wednesday, cannabis will become legal in Canada. While you will be allowed to consume the substance recreationally from Oct. 17 onward, athletes subject to the Canadian Anti-Doping Program (CADP) will not be able to partake as it will remain a prohibited substance and a positive test could still result in a sanction. But for cyclists who do not compete, using cannabis products could have some benefits that could help them get marginally faster. The medicinal properties of cannabis are not yet fully understood but there is growing research that shows there may be some possible performance-enhancing benefits.

While cyclists should not ride under the influence of cannabis, drug-induced driving is illegal, there are some theories that it can help athletes train a bit harder. It’s pain relieving properties can ease the strain on the body while its mind-altering effects can help some athletes get in the zone to push a little harder when the workout gets really tough.

“Cannabis has been shown to be good for pain control and can be useful while training at non-peak levels,” explained Harvard-trained physician and cannabis therapeutics specialist Jordan Tishler to Men’s Health. “Like a runner’s high, cannabis can help with endurance.”

Cannabis physician June Chin agrees that athletes can use cannabis during training to help with recovery, ease pain, and push a little harder as long as the athlete is not risking injury or hurting themselves. “The goal is that they don’t get bogged down by that stubborn knee or lower back pain. They can run the longer distance, be faster and more efficient. They can power through it,” Chin told Men’s Health.

Cannabidiol, known commonly as CBD, has therapeutic qualities that can potentiall help athletes recover from their workouts. For athletes, this could mean managing inflammation post-workout, reducing muscle strain and managing dehydration from streneous training. Perhaps, even some injuries can be dealt with by using CBD oil rather than over the counter drugs.

Floyd’s of Leadville, the cannabis company started by former professional cyclist Floyd Landis which will sponsor an elite UCI cycling team based in Canada in 2019, advertises their CBD properties as having a variety of benefits for athletes. “Studies are showing CBD to be a very strong anti-oxidant with impressive anti-inflammatory and anti-anxiety properties,” the website reads. CBD is the only cannabinoid not on WADA’s list of banned substances.

While the affects of cannabis can vary widely depending on the individual and the strain of marijuana, there is some evidence that it can help certain athletes increase their sensor awareness to help make their muscle movements more precise and their workouts more efficient. There are also focusing effects that can help athletes with active minds from getting distracted during their workout.

The downsides of cannabis use for athletes

Smoking marijuana has negative health impacts on the lungs so for endurance athletes, consuming cannabis through another means is probably recommended. The use of cannabis induce sleep has also been shown to disrupt the REM sleep cycles during which the body releases hormones that are vital for muscle growth and recovery.

Cyclists should not consume cannabis products before riding. Marijuana can impair your ability to drive, “affecting motor skills, slowing reaction time, impairing short term memory and concentration, causing drivers to vary speed and to wander, and reducing the ability to make decisions quickly or handle unexpected events,” warns the Government of Canada. Cyclists in Canada have the same responsibilities as drivers to obey all traffic laws including those associated with drug-impaired driving.

Finally, using cannabis close to target events or when you are trying to reach your best performance isn’t advisable. “Cannabis has been shown to be a performance-degrading drug, so for peak performance you should not use cannabis,”cannabis therapeutics specialist Tishler said.