This weekend, Kate O’Brien will be competing in the C4 500 m and omnium at the Milton Para-cycling Track World Championships. This will be O’Brien’s first Para-cycling World Championships, but she’s no stranger to international competition. After overcoming a major injury, para-cycling is now the third sports category in which the 31-year-old ranks as a world class athlete. 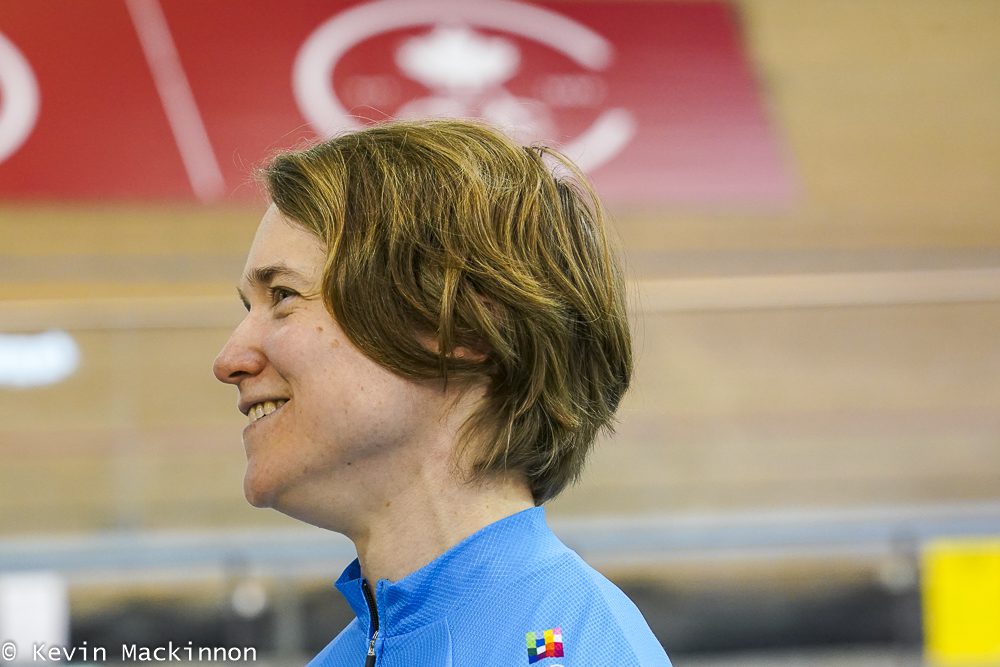 In her youth, O’Brien played basketball for a number of years, but was forced to stop due to a knee injury. In university she did a year of skeleton, which led her to bobsled. As a bobsledder, she competed at the 2013 FIBT World Championships, with expectations of making the Sochi Olympics. A badly timed torn hamstring took her out of the first half of the Olympic season and she missed qualifying as a bobsleigh brakeman for the 2014 Winter Olympics.

After missing out on Sochi, O’Brien was recruited to track cycling. “I’m not superstitious, but it feels like it was weirdly meant to happen that way,” she says. The Milton velodrome had just been built and team Canada was coming together. In track she quickly found success, competing in the 2015 Toronto Pan-Am Games and the 2016 Rio Olympics.

In the summer of 2017, O’Brien was at home in Calgary, doing a demonstration at the Glenmore Velodrome. Midway through a motorpacing effort, her rear tire blew out. She almost managed to hold up the bike, but ended up losing control and hitting the back of the motorbike. falling uptrack, she broke a number of bones but the most major injury was to her head.

Recovering from severe traumatic brain injury took time. “It’s been two and a half years now and I’m still going through it,” says O’Brien. As she recovered, her physiatrist encouraged her to look into para-cycling. Determined to return to the sport as she knew it, O’Brien rejected the suggestion and got back in contact with the able-bodied team. As time went on, she looked into para-cycling more and realized that she actually may be classifiable in the C4 category. “I said ‘Ok, lets give this a shot.’ and so far it’s been one of the best decisions that I’ve made,” she says. 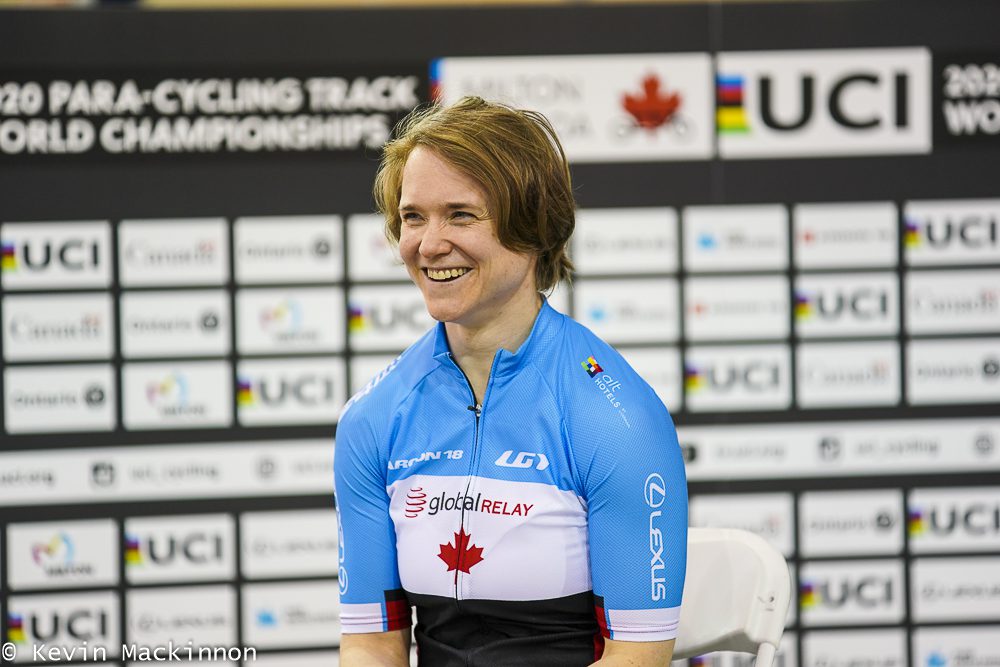 RELATED: What you need to know about the 2020 Milton Para-Cycling Track World Championships

“It might be the best team that I’ve been a part of, they’re extremely positive,”says O’Brien. The experience of training with the para team has shown her that even as a para-athlete, she still had a personal bias going into it. “In my head there was this difference between able-bodied and para, but there really isn’t,” she says. “ It’s not this distinct thing, where para is so different from able-bodied. Everyone’s an athlete, and they’re all going super fast.”

Entering this new phase of her athletic career, O’Brien is now looking towards the Paralympics. “ It’s a goal for sure,” she says, “but i’m just so happy to be back here competing for the reasons that I initially had. I just love this sport. If I get to go to the Paralympics that’s great but if not that’s totally great too.”