It’s official. Michael Woods is headed to the Tour de France which begins in Belgium on Saturday. The Canadian was third at the world championships in 2018 and won his first Grand Tour stage at the 2018 Vuelta a Espana. Now Woods is headed to his debut Tour with the intention to liven up the Tour with attacking racing while giving Canadian cycling fans a fan favourite to route for. 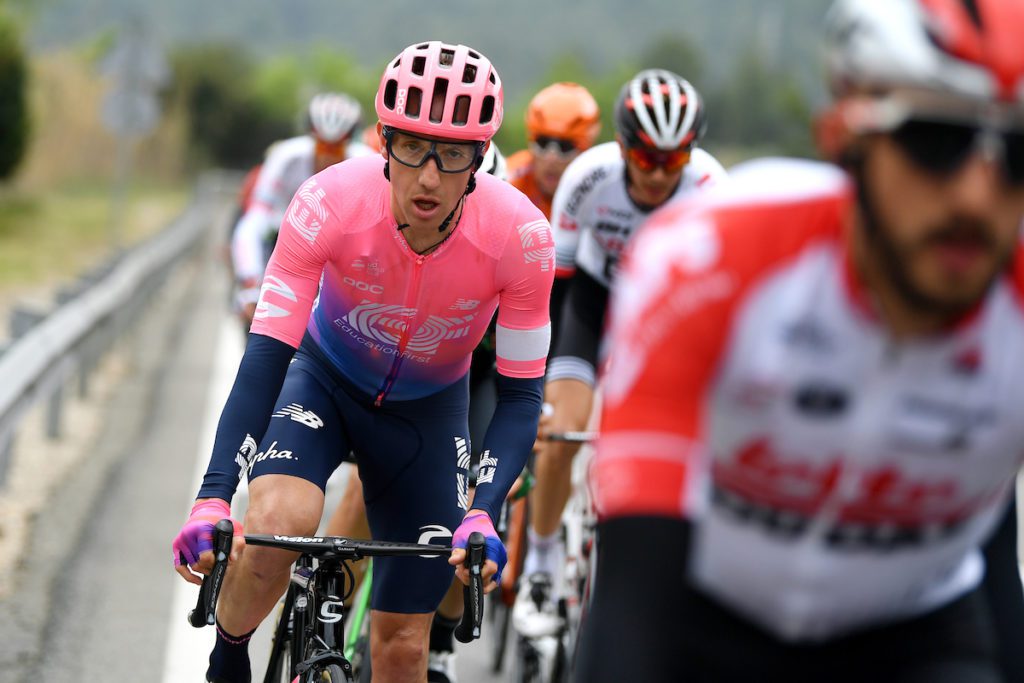 “I have been more consistent this season, and I have been consistently present on the attack. That’s something I want to do at this Tour. I want to be visible,” Woods said. “I want the fans, particularly the Canadian fans, to turn on the TV and see a Canadian at the front of the best race in the world. I’m not here to be a passenger.”

“Our specific ambitions we will leave to ourselves. As giving it away wouldn’t be any fun,” said team CEO Jonathan Vaughters. “And we’re all about having a bit of fun.”

Woods has enlivened men’s pro road cycling with his rapid rise and success in Europe since signing with Vaughter’s team in 2016. The 2019 Tour features a mountainous course with lots of potential opportunities for attacking riders giving Woods a lot of motivation to be a visible presence in the three-week Grand Tour.

“I’m here to be active and influence the outcome, so that some Canadian kid back home can watch and say: ‘That’s Mike Woods. I want to grow up and race like Mike Woods.’ That’s what motivates me,” Woods said.

RELATED: How to watch the 2019 Giro Rosa for free in Canada

While Woods won’t likely be contesting the GC, here are five riders who are the likeliest overall contenders for the win.