Rapha has announced the release of an EF themed comic book they’re calling the EF Annual 2019. This comic is promoted as a way for readers to relive the season’s greatest moments in cartoon form and includes quizzes, a behind the scenes look at the team bus and interviews with the EF athletes.

Although Cyclist.co.uk called this the only cycling comic annual, they simply need to look towards their Commonwealth siblings to find that Education First are, in fact, not the first to put out a pro bike team comic book. Canadian continental team Symmetrics released a comic book, titled S Team in 2006. Similar to the EF comic, it shows the team in action on their bikes and includes a team photo, going over the team members and those who work behind the scenes. The comic, now a collectors item, was created by screenwriter and comic book writer Matt Hansen, a former bike racer who had contacts on the Symmetrics team. “When we did the comic in 2006, I knew it was a cool way to promote not just the team, but healthy lifestyles” said Hansen. “It’s cool to see one of Svein Tuft’s former teams make one as well. (He was on the cover of ours.) I’d love to see all pro teams make one!” 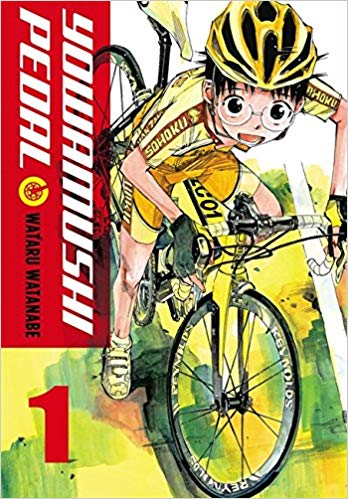 While there are currently only two real-life pro team comic books available, fans of the format will find ample reading material in the more than 25 (english translated) volumes of Yowamushi Pedal. The Japense manga, written and illustrated by Wataru Watanabe, follows a young rider climbing the ranks in the cycling world, a part of the growing trend of sports based manga and anime.