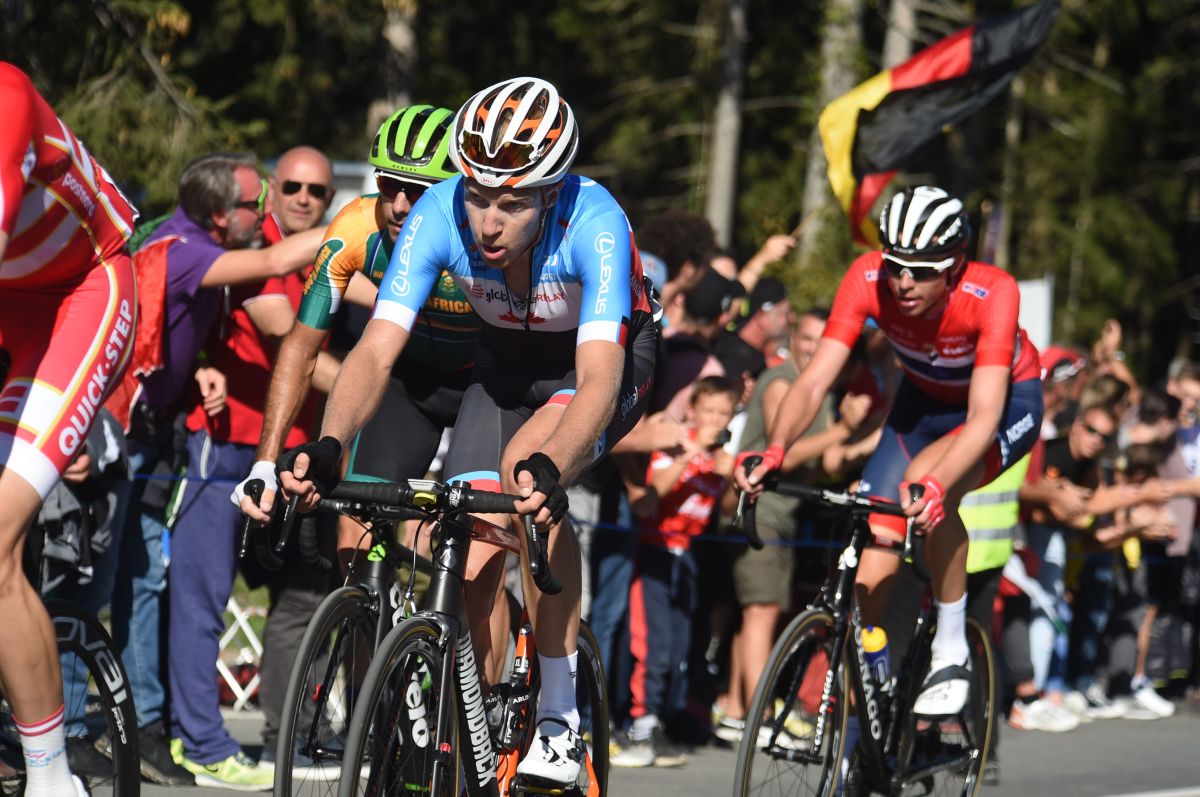 Rob Britton played an important role in Michael Woods’ bronze medal at the UCI Road World Championships in the elite men’s road race on Sunday. Britton rode in a strong breakaway composed of a combination of rouleurs, strong time trialists and climbers for over 200 km. From the drop of the flag until he was caught by the peloton on the penultimate ascent of the Igls climb, Britton lay down some serious power. Lucky for us and like Woods who also posted his ride bronze medal ride on Strava, Britton posted his world championship ride on Strava with power.

Over 5 hours 45 minutes, Britton rode putting out an average power of 290 watts. His heart rate averaged 171 bpm but peaked at 197 bpm and his cadence was a steady 89 rpm. Over that time the breakaway averaged 37 km/h, as it built up a gap that maxed out at 19 minutes.

RELATED: Michael Woods insane ride to bronze at the world championships is on Strava with power

Looking at the power Britton had to maintain to stay with the break until he popped on the penultimate ascent of the Igls, which averaged 5.7 per cent for 8 km, it’s clear the immense effort added up.

Up the Mairbach Climb, the first major obstacle of the day, Britton averaged 371 w for 11:34 on it’s 9 per cent slopes for 3 km. The break then entered the main circuit and on the six ascents of the Iglis we get a glimpse of how hard Britton and his breakaway companions pushed to try and hold on to their gap.

Unfortunately for Britton, to get to the finish line the hellish Höttinger Höll climb had to be climbed. On it’s most devastating parts, Britton had to do 326 w for 10:33. Compare this to the 411 w Woods, who is lighter than Britton, did for 7:19 to stay with the leaders.

Britton’s relentlessness paid off. Instead of being a DNF like so many of the other riders who took the start, he finished the race as the last finisher in 76th place 19:37 after winner Alejandro Valverder, second place Romain Bardet and Michael Woods crossed the line.