Hawaii is well known as the host for Ironman world championships, but where do you ride to escape the crowds?

For Matt Lieto, professional triathlete, commentator and coach, escape lies on the lesser known ribbons of Hawaii’s gravel roads. Mist shrouds the Big Island’s peaks, adding to the sense of escape. After the excitement of a full non-stop day of commentary and reporting for the Kona world championship live broadcast, when Lieto’s tires touch gravel it’s a much needed shift in pace, and setting.

Watch Lieto roll through Hawaii’s lesser known and less-than-paved surfaces. Then check out the Ironman commentator’s Allied Cycle Works gravel bike below, build up with Easton EA90 seatpost and stem with ICM Garmin mount, as reviewed by Canadian Cycling Magazine. 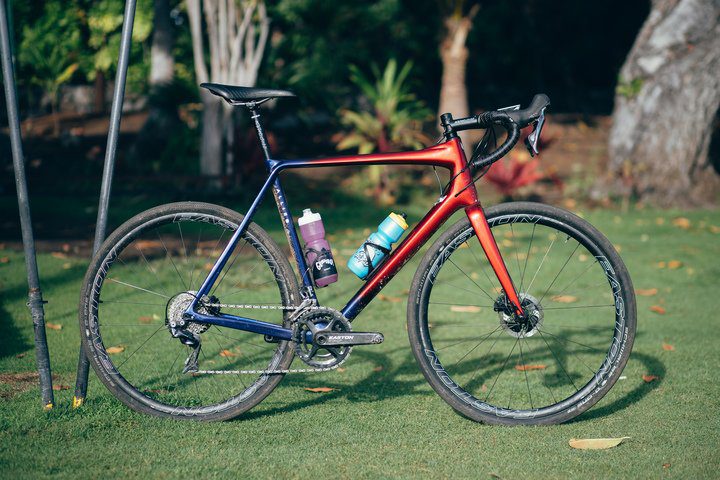