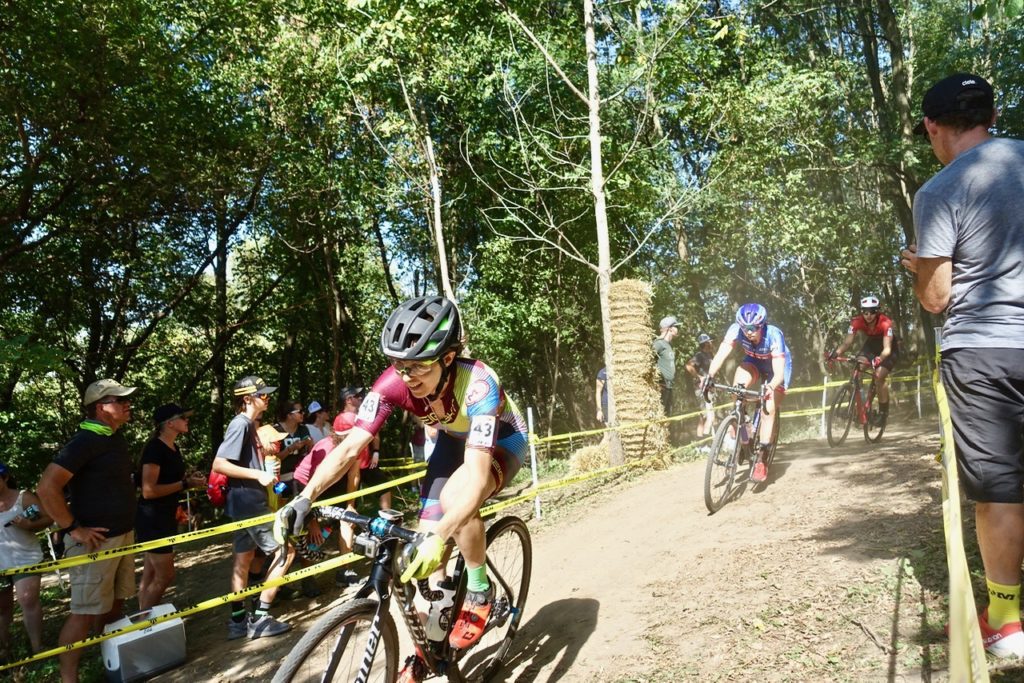 The racing was hot and dusty. 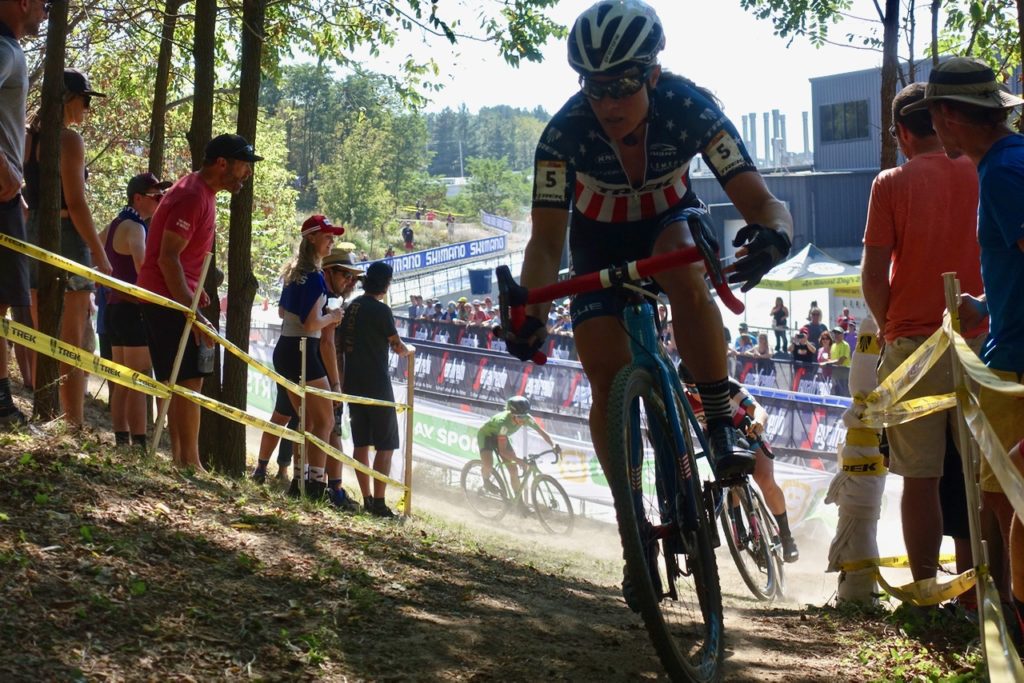 U.S. national champ Katie Compton made a strong charge early in the race. 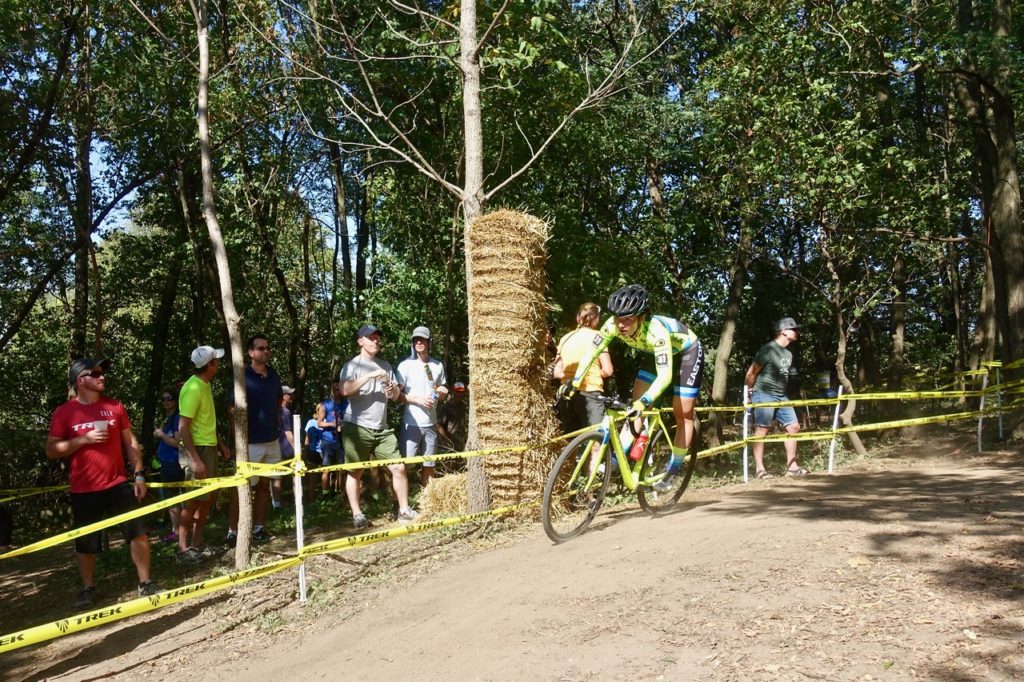 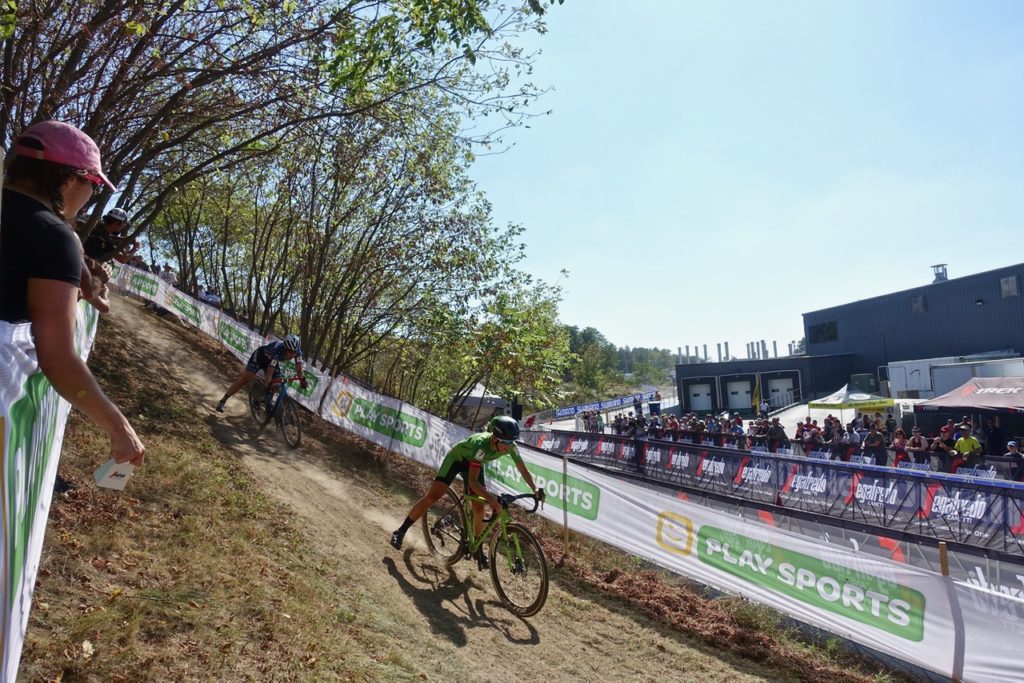 Racers were right on the edge of control on the steep and off camber "Junkyard drop". 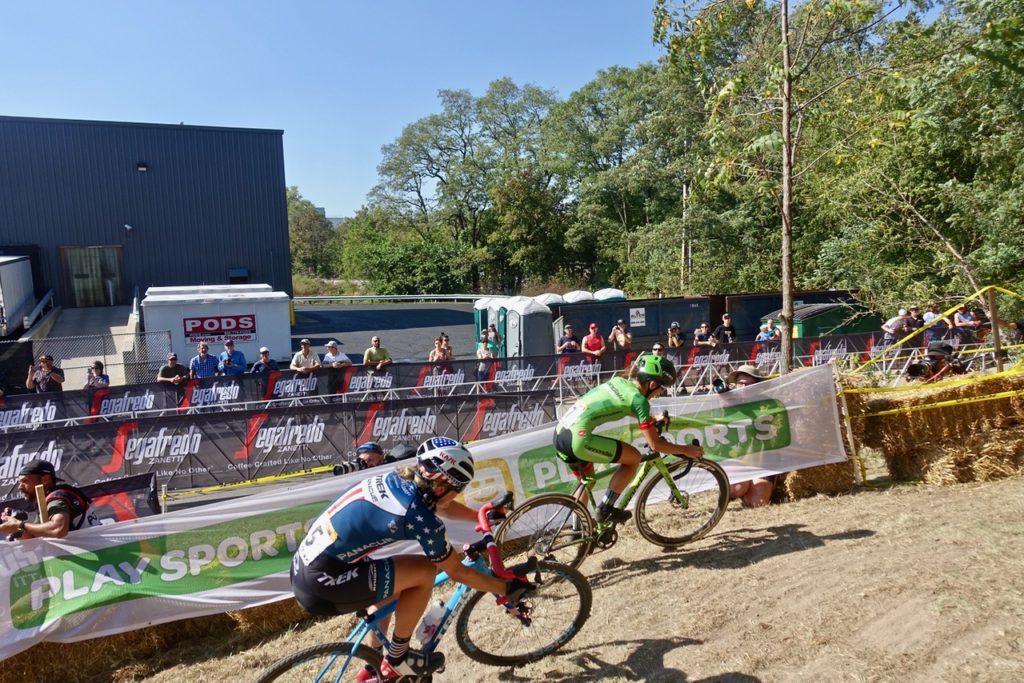 Places were won and lost on "Junkyard drop" depending on one's combination of skills and bravery. 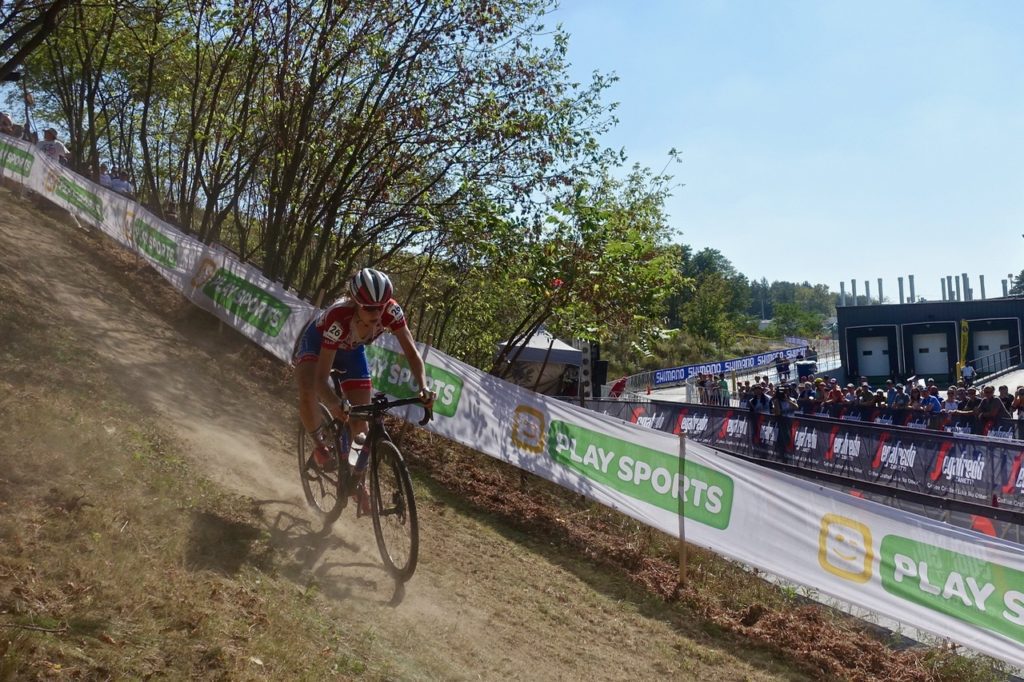 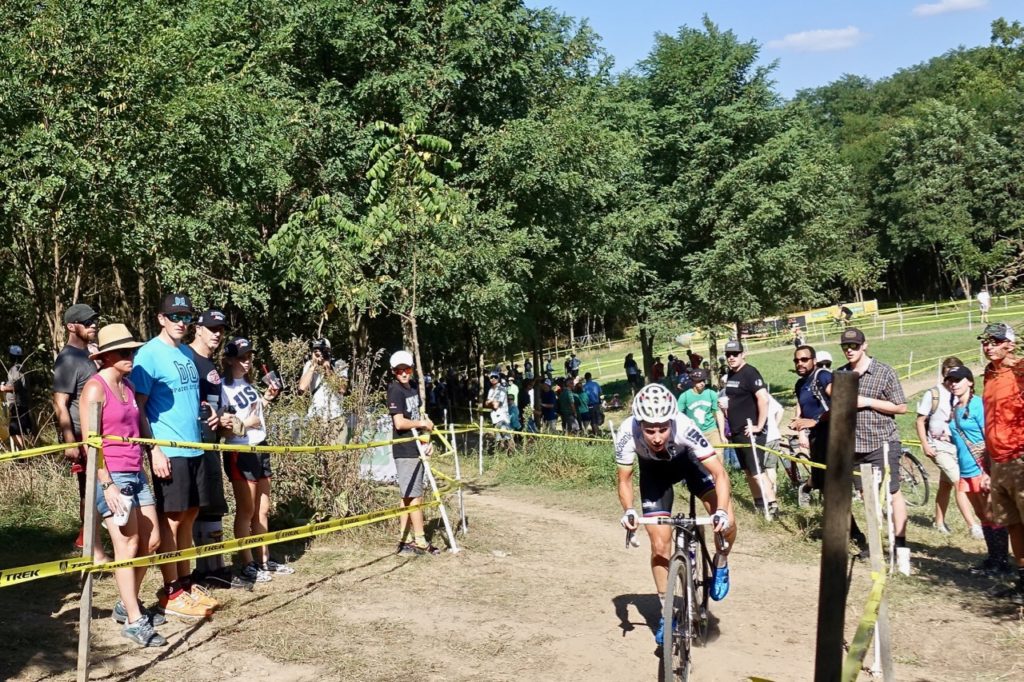 World Champion Sanne Cant took control after a few bobbles on the first lap, growing her gap lap after lap. 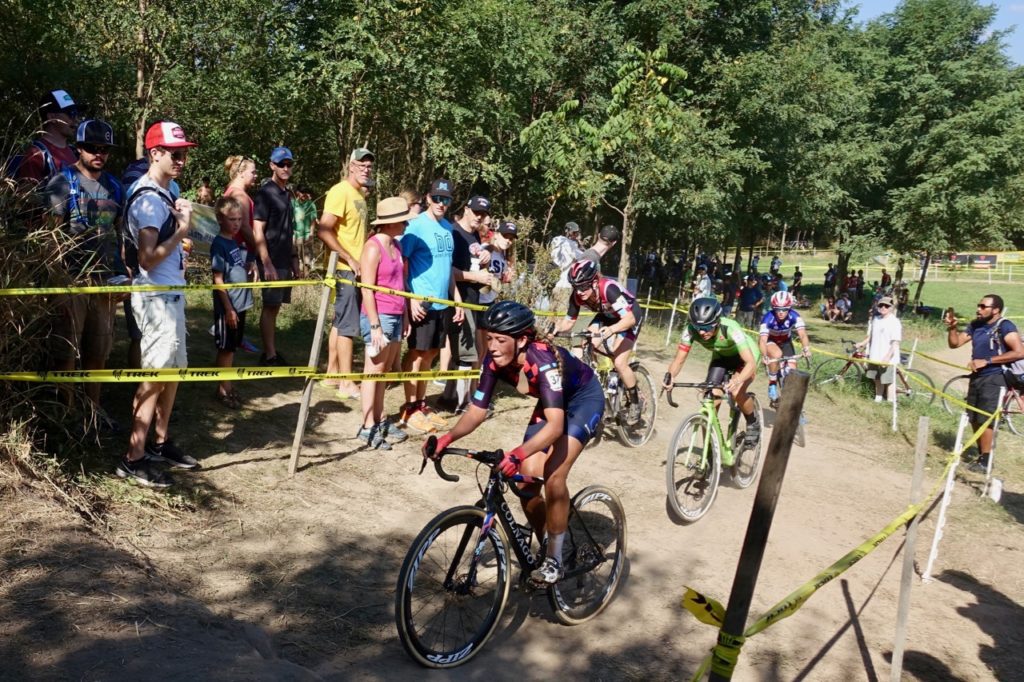 Behind Cant, a chase group of Sophie DeBoer, Kaitlin Keough and Ellen Noble fought to keep Cant in sight. 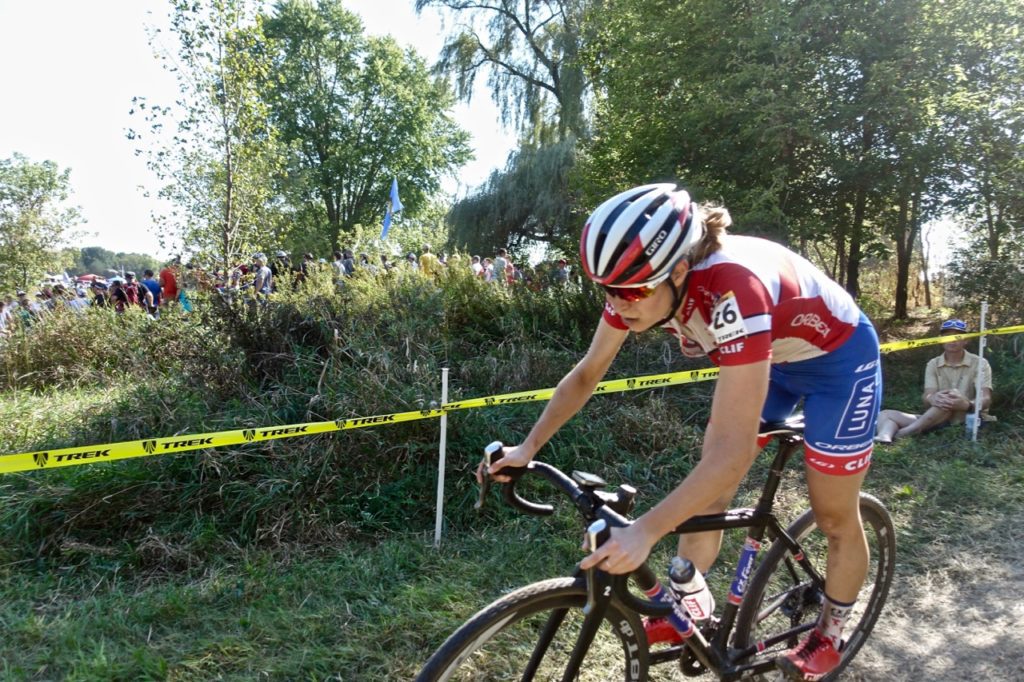 Rochette at the World Cup in Waterloo, Wisconsin. 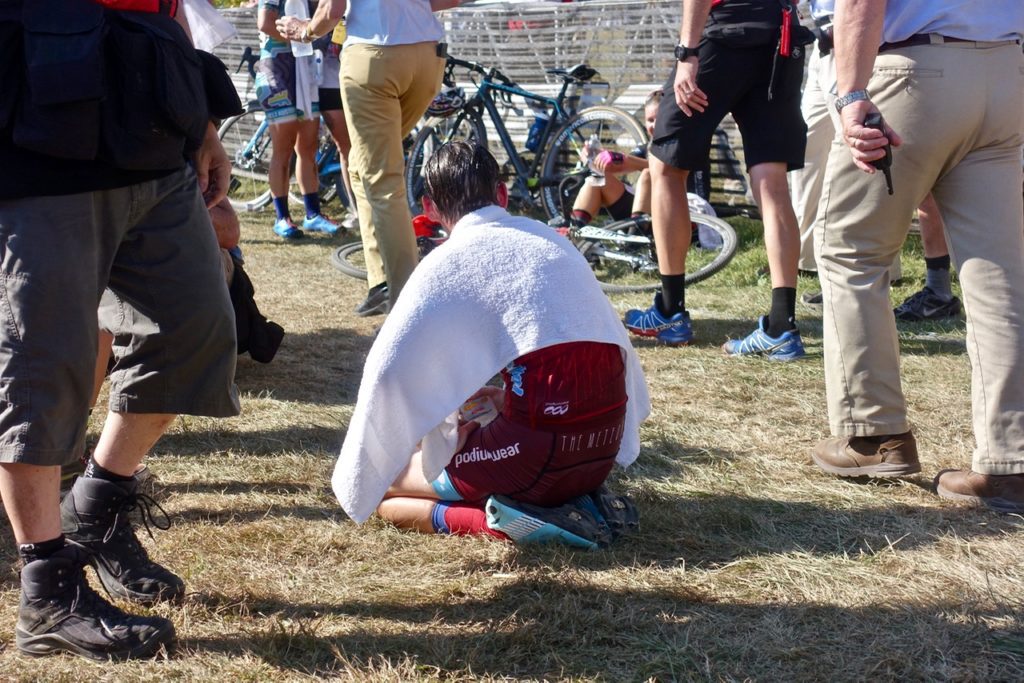 Many of the racers collapse almost immediately upon crossing the line. 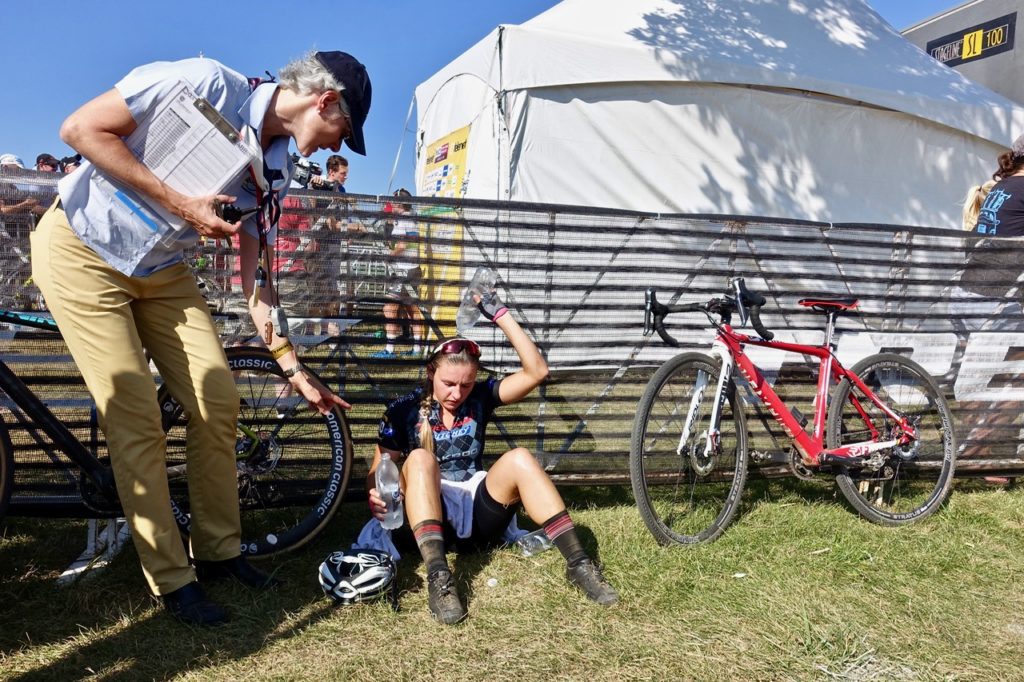 They sought shade where ever it could be found. 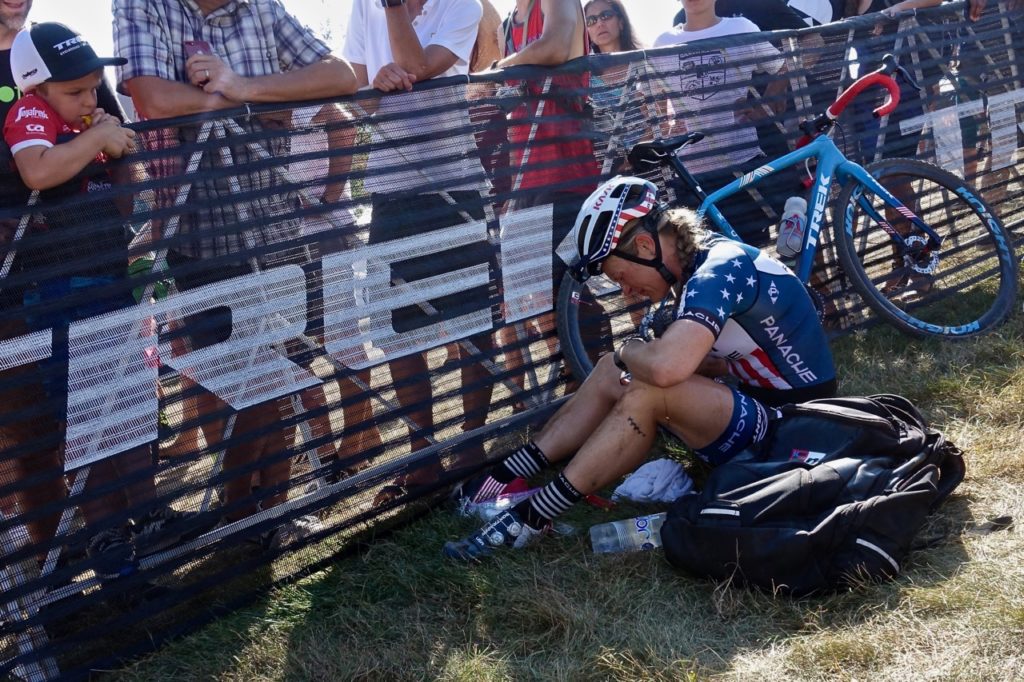 Katie Compton suffered an asthma attack brought on by a bee sting mid race, falling out of contention. The U.S. national champion still valiantly battled on to finish the race. 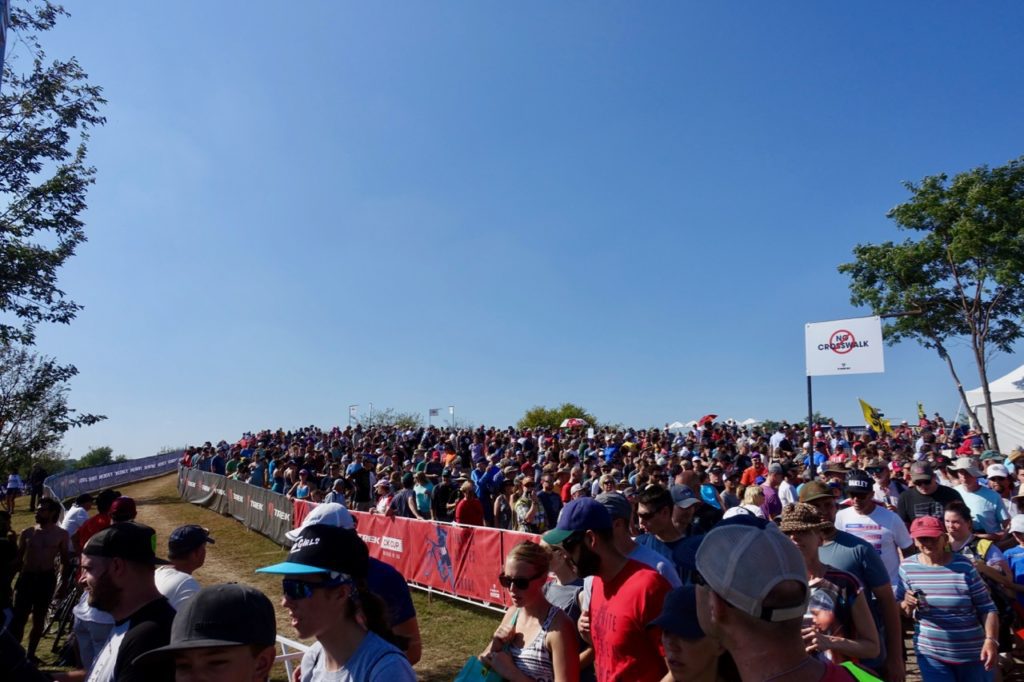 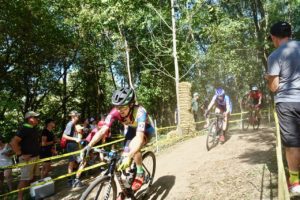 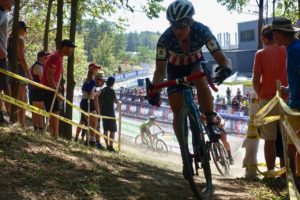 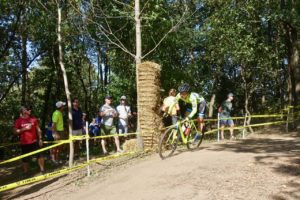 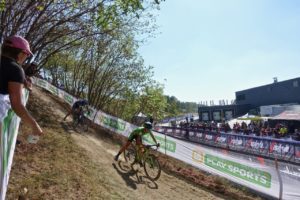 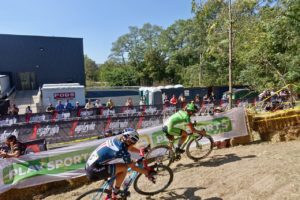 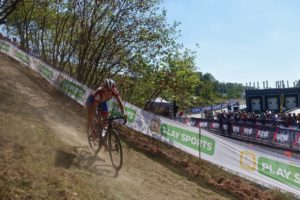 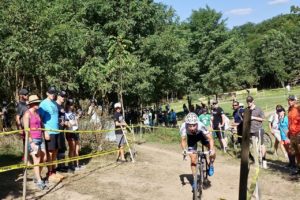 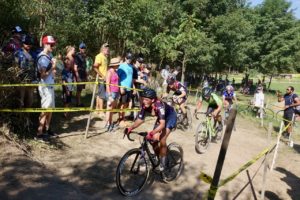 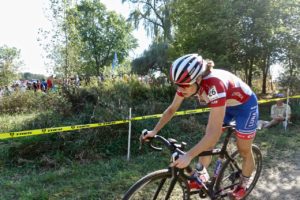 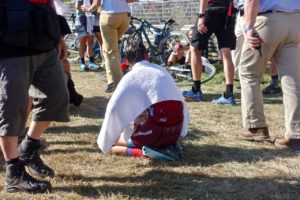 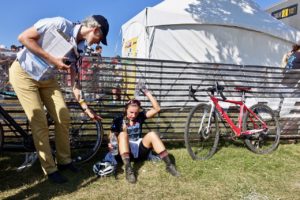 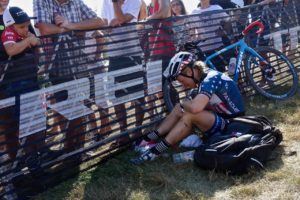 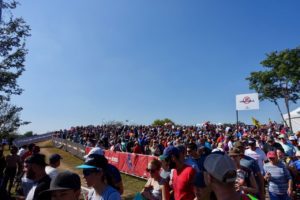 In the end, Keough and Noble filled out the second and third step of the podium. Christel Ferrier-Bruneau had a fantastic race, finishing ninth as the top Canadian. The days scotching hot temperature which reached 33 C and the punishing pace, had the field strung out after just a couple of laps. With much of the field looking shelled at the finish line.