With the decade coming to a close, the editors at Canadian Cycling have decided on this definitive list of the top 10 Canadian cyclists of the 2010s.

Squamish’s hometown world champion, Miranda Miller had an unconventional road to success. The B.C. rider trained and raced as a privateer, working between races and in the off-season to get to World Cups, before finally landing a factory team spot on Specialized Gravity. In 2017, it looked as if Miller’s struggle with injury might follow her. Instead, at Cairns, Australia, she became the first Canadian woman to win the world championships since 1990. That rainbow jersey adds to her two Canadian championships, in 2016 and 2017. Miller now races on the Enduro World Series with Kona Factory Racing. 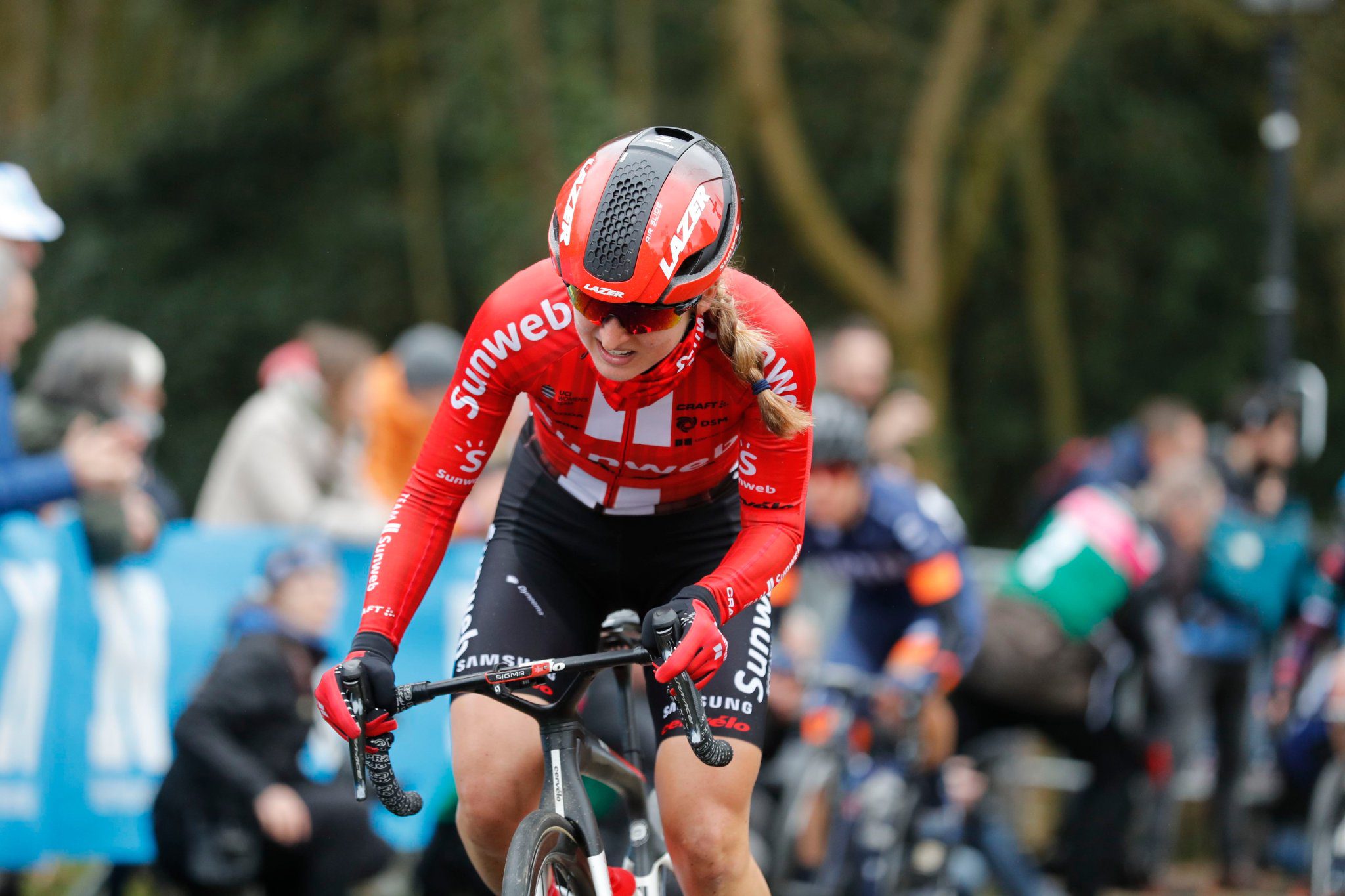 Leah Kirchmann’s career took off at the beginning of the decade, with her 2010 Canadian under-23 road and crit wins. Since then she’s consistently been on the national podium. Internationally, she sprinted to third at the inaugural edition of La Course, where she was second in 2019, won stages at the Tour of California and Giro Rosa and worn the Pink leaders jersey, and was a member of the winning Team Time Trial squad in 2017. At the 2014 Canadian road championships, she won the road race, time trial and the criterium, making her the first woman to win all three titles in the same year. Since 2016 Kirchmann has been racing for UCI World Tour team Sunweb.

Tristen Chernove has been a staple of Canadian paracycling since the latter half of the 2010s. He podiumed three times at the 2016 Paralympic Games, bringing home one of each colour of medal. In 2017, Chernove won gold in all his races at both the world track championships and world road championships. He followed his impressive 2017 performance by climbing the podium multiple times in the same races in 2018. He was named Canadian paracyclist of the year in 2016 and again in 2018.

Canada has been on the women’s team pursuit podium since the event’s Olympic debut in 2012. At the London 2012 games, Gillian Carleton, Jasmin Duehring (née Glaesser) and Tara Whitten captured the bronze medal. Four years later at the Rio 2016 Olympics, Laura Brown, Kirsti Lay, Allison Beveridge, Georgia Simmerling and Duehring once again took third place for Canada in the women’s team pursuit.
The Canadian women’s team pursuit squads also made a name for themselves this decade at the UCI track world championships, winning silver medals in 2014 and 2016 and bronze in 2012, 2013 and 2015.

In 2013, Steve “Chainsaw” Smith became the first Canadian to win the UCI downhill World Cup overall title, overtaking Gee Atherton at the season’s final race in Leogang, Austria. Before that, he’d already started inspiring Canadian mountain bikers, on and off the bike. His easy going, friendly personality was matched by a fierce competitive drive to race that propelled him to a second place at the Mont-Sainte-Anne world championships in 2010. That was followed by more World Cup wins, another world championship podium in 2012 and then the World Cup overall in 2013. After two years of results marred by injury, Smith was looking to be back on form when he finished second at the Lourdes World Cup in 2016. Tragically, Smith he died in an enduro motorcycle accident at home in Nanaimo, at the age of 26. His legacy lives on in the Steve Smith Memorial Bikepark in Nanaimo, and in the roar of chainsaws at every race. #longlivechainsaw.

Paracyclist Shelley Gautier spent 2010 to 2015 winning numerous gold medals in both the time trial and road events at the UCI paracycling road world championships and World Cups. In 2016, she won bronze at the Rio Paralympics. After more worlds first-place wins in 2017, Gautier came first in all six paracycling World Cup events in 2018. Having also won both road and TT world titles she ended the year unquestionably at the top. 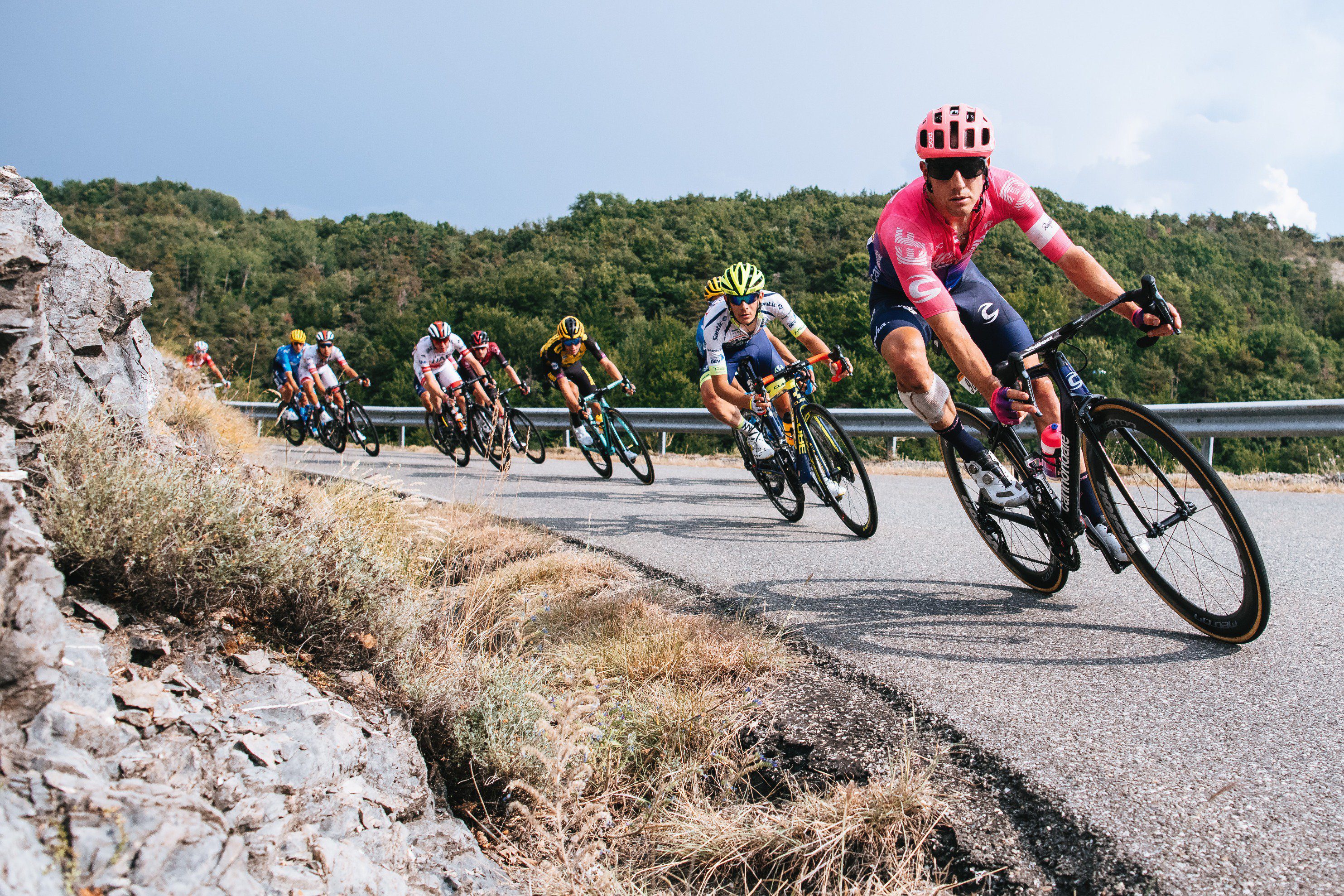 4. Mike Woods, a star that’s still on the rise

Mike Woods only started his cycling career halfway through the decade, but he has already left his mark on Canadian cycling history. In 2018, Woods rode away on the steep final climb to Balcón de Bizkaia winning the 17th stage of the Vuelta a España. Later that year, he finished third in the road world championships, Canada’s first elite men’s podium performance since Steve Bauer finished third in Barcelona in 1984. Woods ended the decade on a strong note by winning the 100th edition of Milano–Torino this past October. 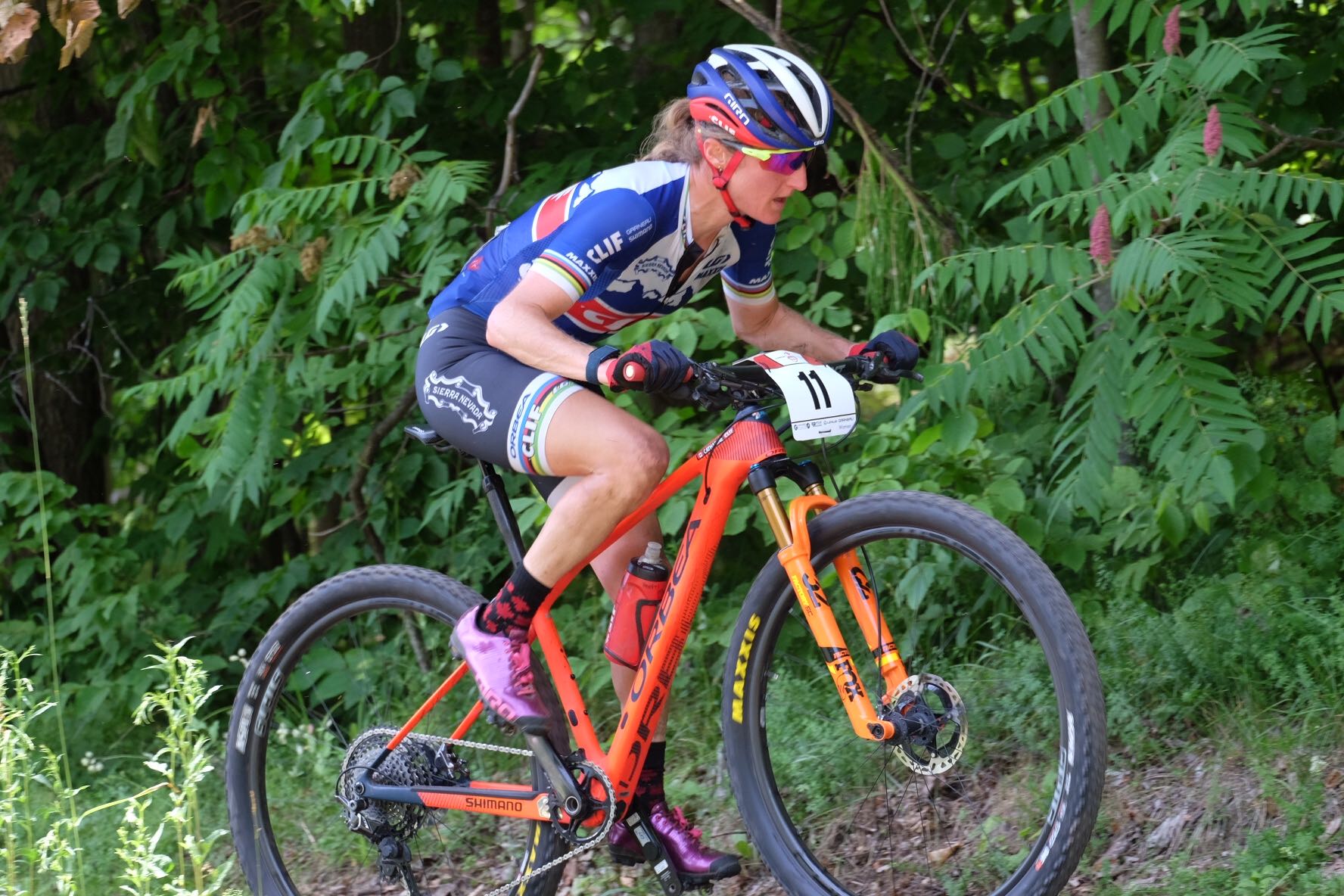 The 2010s were a good decade for Catharine Pendrel and the women of Canadian mountain biking. The Clif Pro Team racer started by winning the World Cup overall title in 2010, and earned her first world championship title in 2011. Going into the 2012 London Olympics, Pendrel was feeling the combined pressure of wearing the rainbow jersey, winning her second World Cup overall title, and missing the 2008 Olympic podium by nine seconds in Beijing. Her 2012 Olympics ended in disappointment, with the Canadian sliding to ninth place. Pendrel bounced back to win her second world championship title in 2014, as well as Commonwealth Games gold, and a silver medal at the Toronto Pan Am Games. Olympic redemption finally came at the 2016 Rio games, where Pendrel fought back from an early crash to earn bronze, her first Olympic medal. 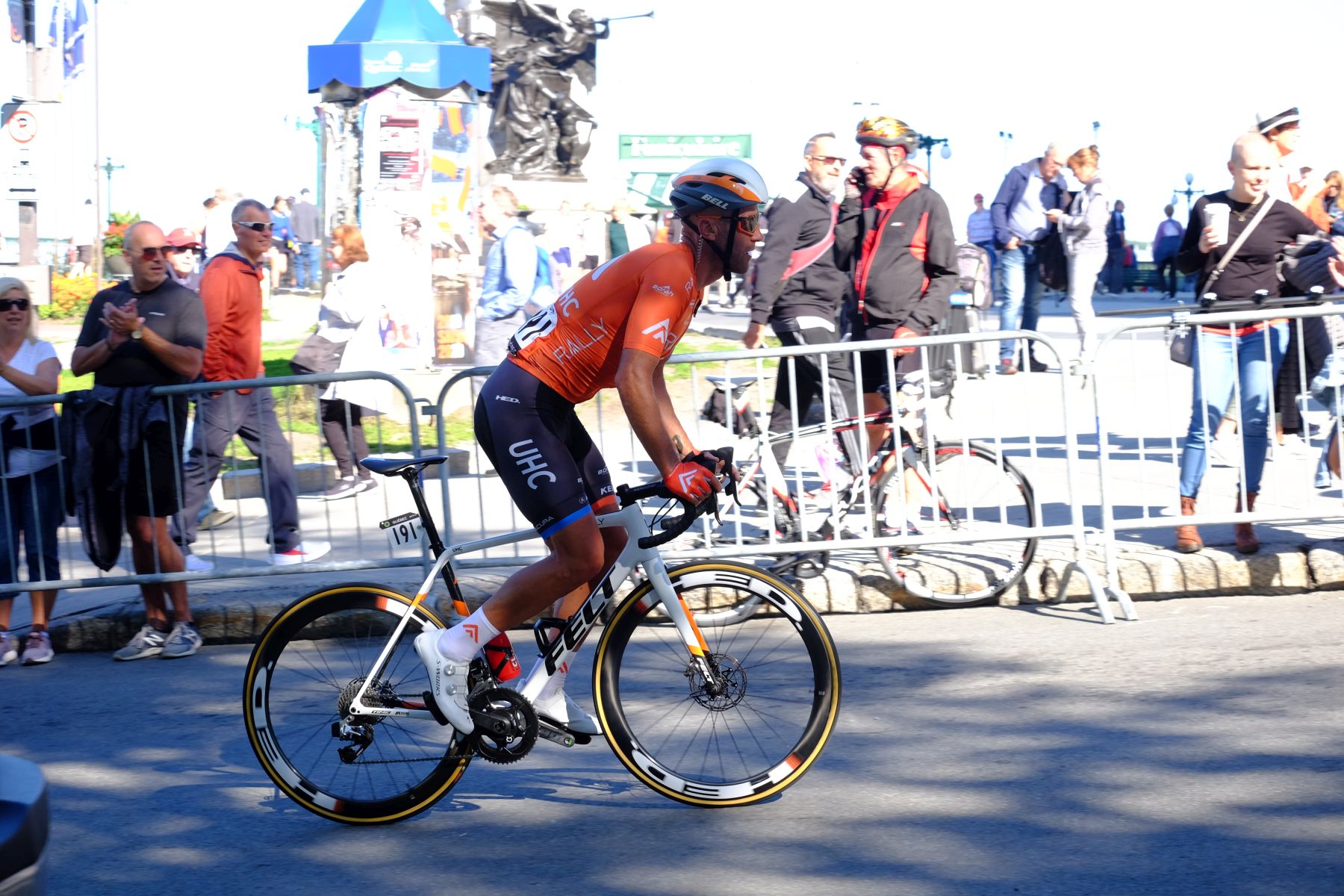 Svein Tuft, the two-time national road race champion, and an eleven-time national time trial champion, has spent the past decade competing at the highest level of road racing. In 2013, his team GreenEdge (now Mitchelton-Scott) won the team time trial stage of the Tour de France. The following year he once again helped GreenEdge nab the team time trial stage win at the Giro d’Italia, which put him in the pink jersey on his birthday. The 42 year old Rally UHC rider has made a career in pro cycling and continues to race today. 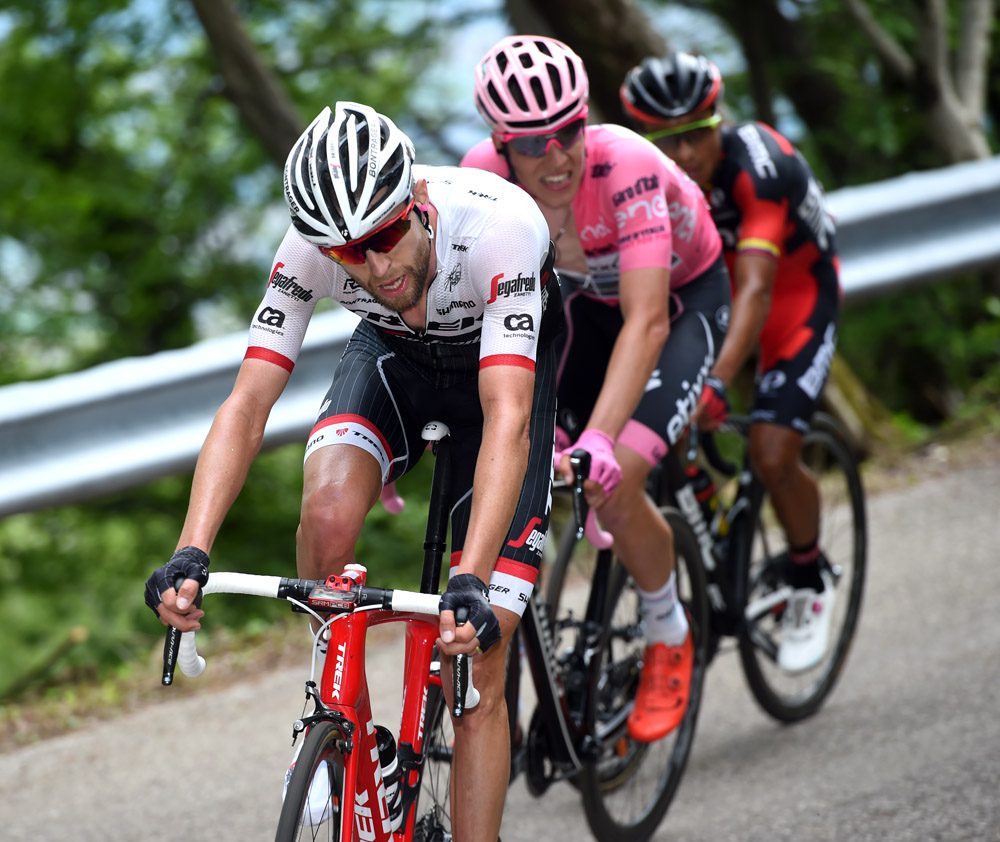 Having finished fifth place at the 2010 Tour de France, Ryder Hesjedal was at the peak of his cycling career at the beginning of the decade. In 2012, Hesjedal was the first Canadian athlete to win a Grand Tour, taking first in the general classification at the Giro d’Italia. In 2014, he won a stage at the Vuelta a España, 10years after his first stage win at the Spanish Grand Tour. These were the first Vuelta stage wins by a Canadian athlete. After riding for Trek–Segafredo for a year Hesjedal, retired in 2016. Controversy surrounds the Victoria rider. In 2013, he admitted to doping early in his career. He maintains that he was clean throughout the 2010s.