Fat. Just the very word often conjures up images of unhealthiness. After all, eating so-called “fatty foods” was presented as an express ticket to Diseaseville for decades. But we now know that fat no longer needs to be off the table for the Lycra crowd as the importance of this macronutrient for overall better health and performance has played out in modern research. Far from a dietary boogeyman, fat is something you need in your diet to produce vital hormones, keep metabolism humming along and bolster satiety – the one reason why very low-fat diets often fail to bring about long-term weight loss. No, you still shouldn’t pig out on bacon and stash sticks of butter in your jersey pocket, but you can feel good about dropping these unapologetically fatty foods into your grocery cart. 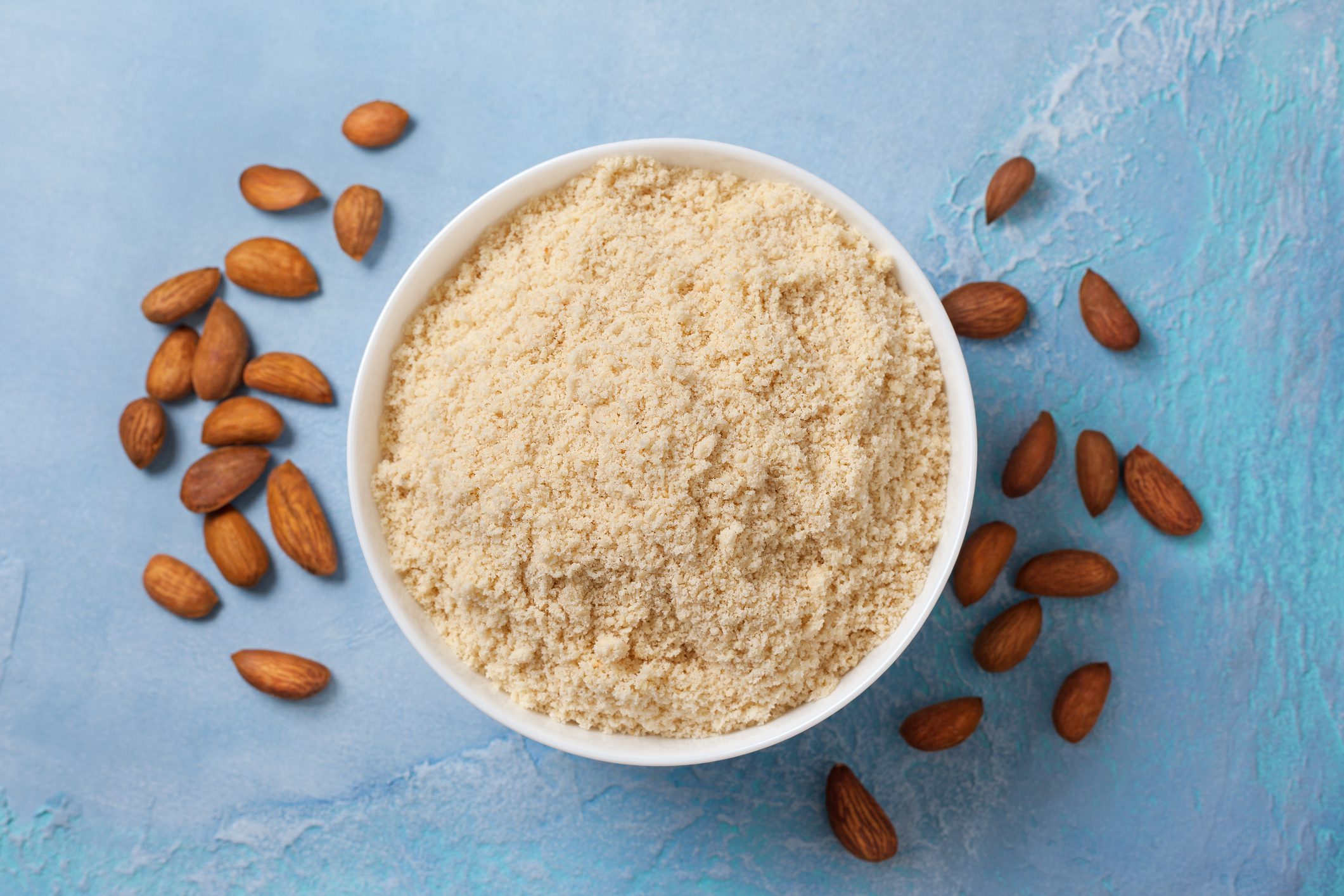 Percentage of calories from fat: 79

Not all flour is a carb bomb. Made by finely grinding up whole or blanched almonds, almond flour is fatty in a good way. It provides a lofty dose of monounsaturated fat – a type of fat shown to be especially heart-healthy. The power flour also delivers about three times the protein of typical wheat flour as well as notable levels of antioxidant vitamin E. What’s more, a study in the Journal of the International Society of Sports Nutrition found that a daily intake of almonds may elevate endurance performance in cyclists potentially by improving oxygen utilization. When rustling up a batch of pancakes, cookies or muffins, swap about 25 per cent of the regular flour with the almond version for a nutty edge. Stir it into a pot of simmering oatmeal, or use as a coating for chicken or fish. 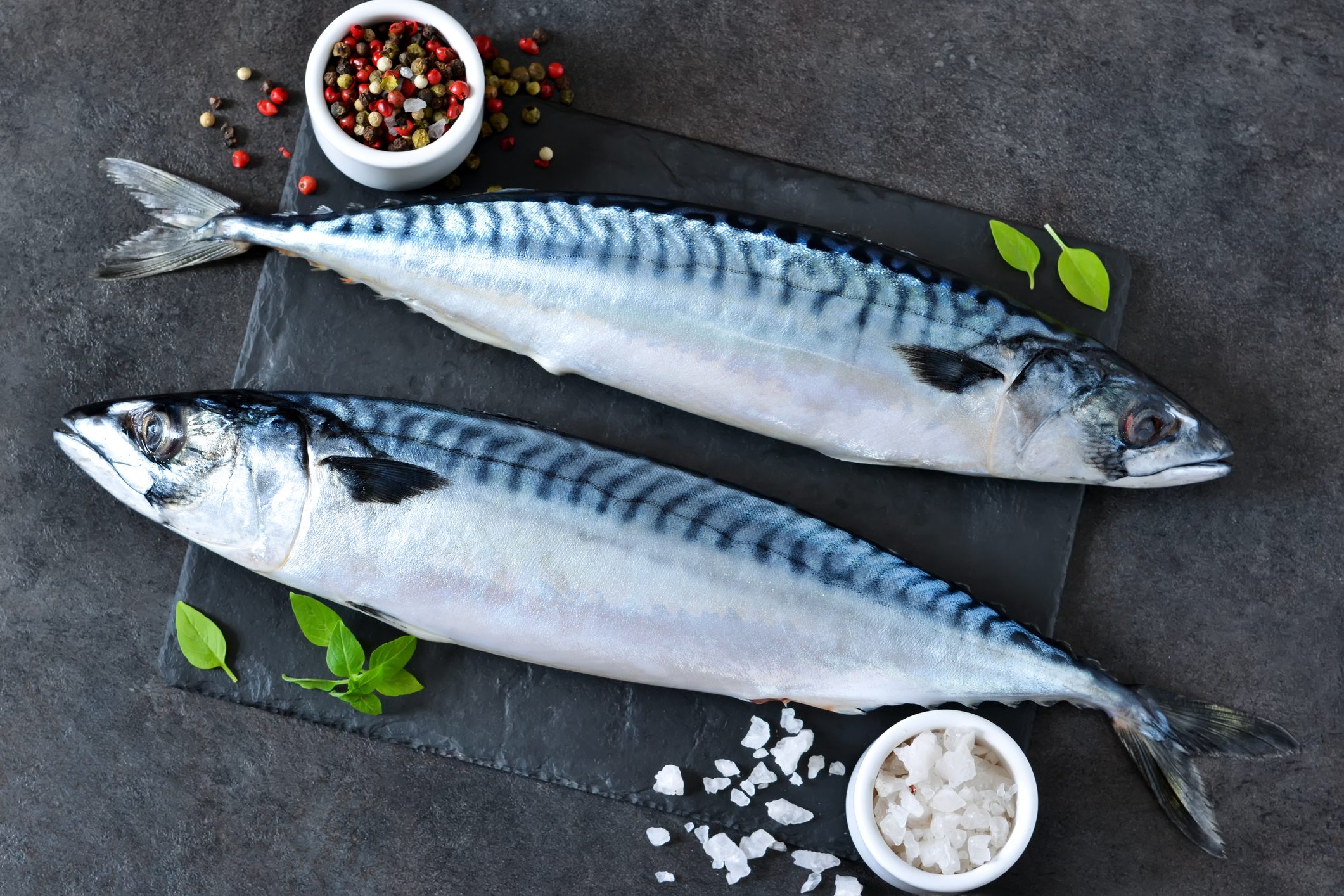 Percentage of calories from fat: 62

Time to cast your line for this swimmer more often. Richly flavoured mackerel is among the best sources of EPA and DHA, the most potent forms of omega-3 fats you can buy. Beyond the trumpeted heart and brain benefits, research suggests higher intakes of these mega-healthy omegas can help lessen post-exercise muscle pain, perhaps via their anti-inflammatory powers. This gift from the sea is also a great source of protein to build stronger muscles to power your rides and vitamin D, a chronically under-consumed nutrient shown to help improve muscle functioning and bone strength in athletes. Some fishmongers sell fresh mackerel, but the easiest way to add more to your diet is via smoked versions. Smoked mackerel can add a nutritional boost to sandwiches, salads, crackers and egg-based dishes. 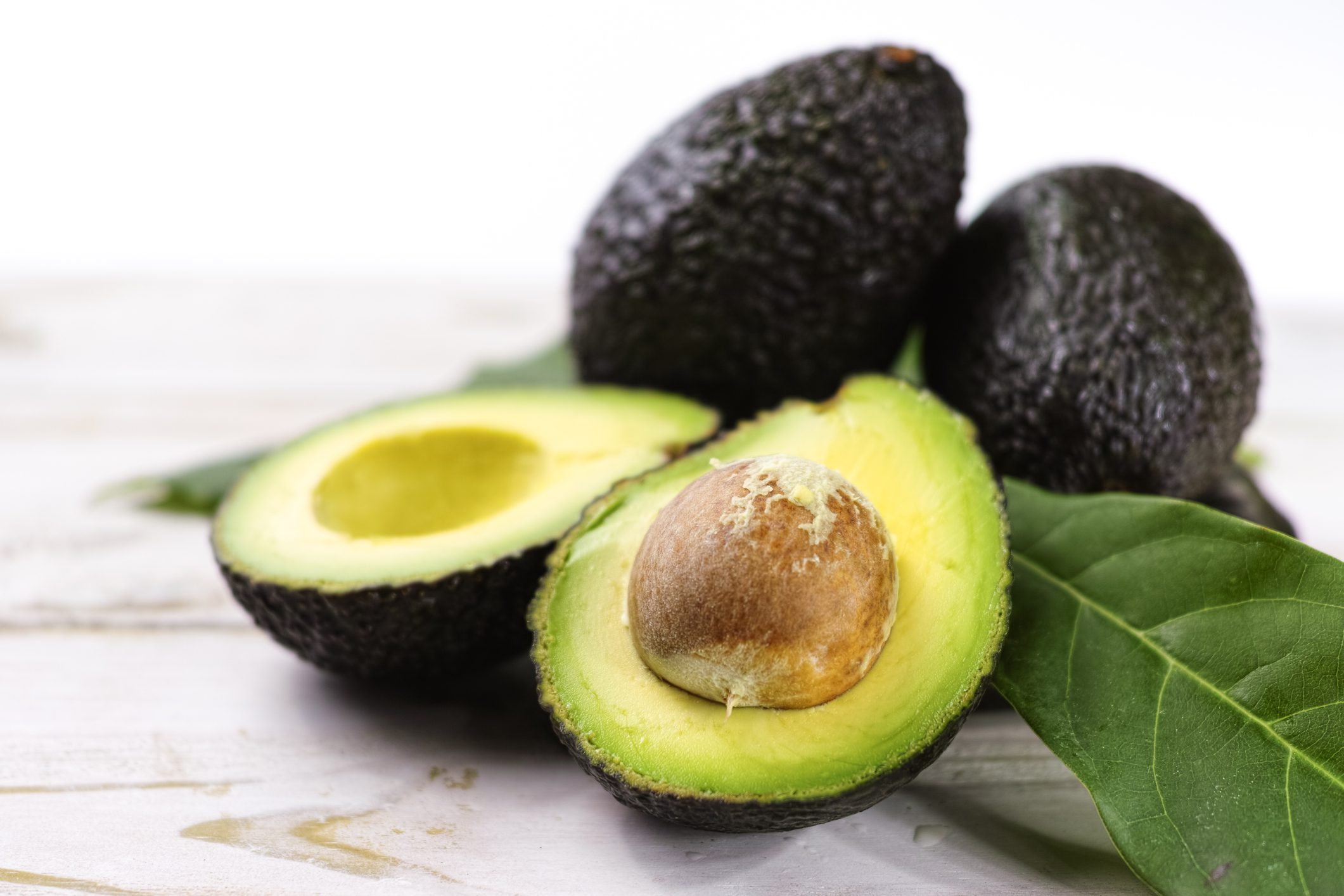 Percentage of calories from fat: 81

In contrast to other fruits that are fat-stingy, avocado is packed with it – and that’s a good thing. The main fat in Mother Nature’s butter is monounsaturated, which has cholesterol-busting powers and may do a better job than other types of fat at fending off weight gain. Studies also show that adding creamy avocado to meals can stamp out overeating later on; its high amounts of fat and fibre bolster satiety better than processed carbs. When added to veg-heavy dishes, like salads, the fat in this Instagram star (merci, avocado toast) has been shown to improve the absorption of important fat-soluble antioxidants in vegetables, including beta carotene and lycopene. Beyond guac and, um, toast, work avocado into tacos, scrambled eggs, post-ride smoothies and even desserts, such as chocolate pudding. (Seriously, Google it.)

Percentage of calories from fat: 100

It’s a completely natural reaction for health-conscious cyclists to think they shouldn’t coat their salad greens in oil. But adding the right oils to your meals can make them more satisfying, improve absorption of fat-soluble nutrients and add important stuff for better health, such as unsaturated fats, cancer-fighting polyphenols and vitamin E. Fat-free salad dressing? Not so much. So go ahead and reach for a bottle of up-and-coming camelina oil as a nice alternative to the imported olive variety. Cold-pressed from the seeds of Canadian-grown camelina sativa plant, this culinary oil has a palate-pleasing flavour reminiscent of spring-fresh asparagus and is a source of ticker-friendly omega-3 fats. Use camelina oil in dressings, dips and pestos. With a high smoke point, it can also line your frying pan.

Percentage of calories from fat: about 75

You still shouldn’t make glistening pizza a dietary habit, but research shows that the ripening process that produces oozy, moulded, full-fat cheeses, such as brie, roquefort and Camembert can boost levels of anti-inflammatory compounds in the body. Perhaps one reason why the hearts of the fromage-loving French beat so strong. An investigation in The American Journal of Clinical Nutrition found that people who ate about 2.5 oz. of regular-fat cheese daily for three months experienced no differences in health measures such as LDL (bad) cholesterol levels, blood-sugar control or waistline girth compared with those who consumed the same amount of reduced-fat cheese. And a large review of studies published in the European Journal of Nutrition showed that people who consumed a little more than an ounce of cheese daily had a 14 per cent lower risk of developing heart disease and were 10 per cent less likely to have a stroke than those who rarely or never ate cheese. The mix of calcium, protein, probiotics and other compounds in cheese may counteract any potential negative effects of its saturated-fat content. Because real cheese, such as Stilton and Gruyère, have a ton of flavour, you’ll be satisfied with less. 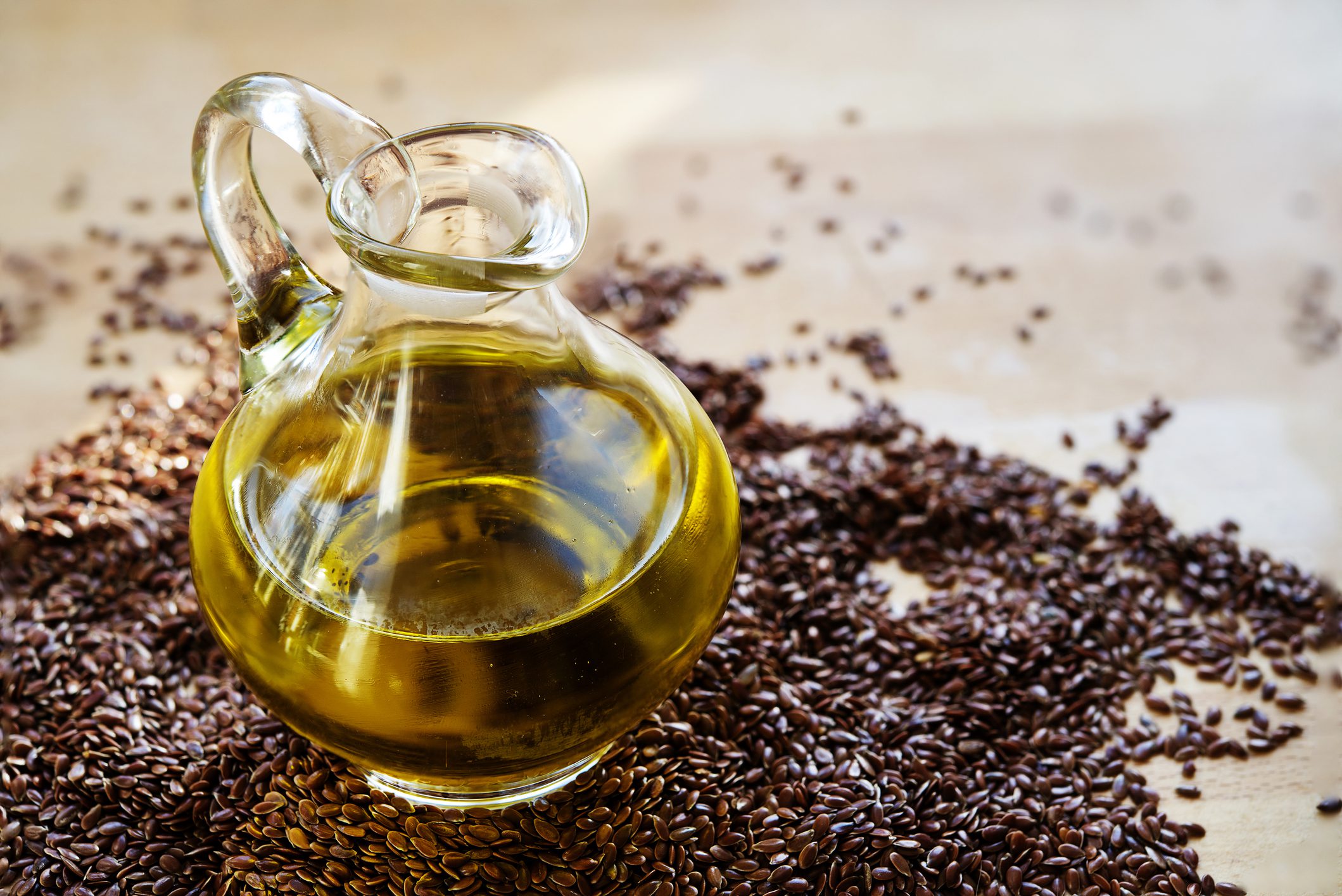 Percentage of calories from fat: 71

Seeds are more proof that Mother Nature works in marvellous ways. The bearers of life from the ground up, seeds contain all the makings of an entire plant. In turn, they are packed with a nutritional treasure trove. Flax is no exception. It has a mix of the omega-3 fat alphalinolenic acid, dietary fibre (4 g in 2 tablespoons ground) and lignans, a unique group of phytochemicals, thought to be behind flax’s seeming ability to bolster heart health by improving cholesterol and bloodpressure numbers. To reap the full benefits of flax, it’s best to consume it in its ground form for better absorption. It’s an easy addition to morning oatmeal, smoothies, pancake batter, DIY energy bars and balls, and even as a replacement for bread crumbs in dishes like meatloaf.