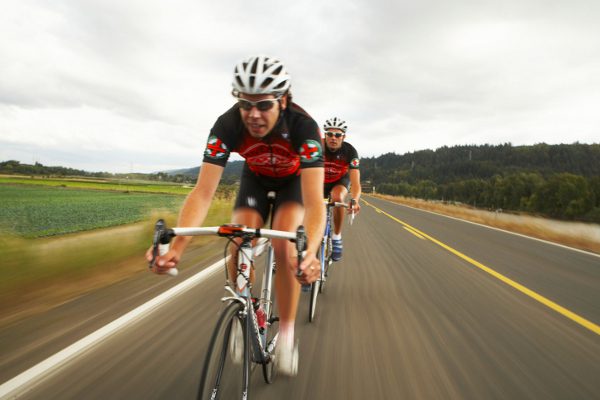 This article originally appeared in our April/May 2012 issue.

Season after season, cyclists measure themselves against their previous times or others in the group. Most riders want to improve, but they feel an increase in performance would mean getting on an organized program and that usually means time, lots of it.

Cyclists often forfeit performance because of the mistaken belief that improvements can only come with more hours of training each week. However, high intensity interval training can improve every aspect of cycling performance without having to increase training time.

Although not new to the world of exercise physiology, the cycling world was slow to adopt high intensity interval training. It could be because most sports measure their training programs in minutes, while cyclists measure it in hours. Training volume is the stuff bragging rights are made of, because, who isn’t impressed and jealous of the guy who logs 10,000 km a year.

But just because you don’t have that much time doesn’t mean you can’t make improvements. Research suggests the only way to improve performance in highly trained athletes is with intervals.

When tested against traditional heavy-volume training protocols, high intensity, brief intervals are shown to be a time-efficient strategy to improve performance. A 2006 study compared time trial performance after two weeks of interval training against two weeks of endurance training. The endurance group spent four times as long training but had slower TT times.

For time-starved, busy cyclists, this is great news.

Want to try it yourself? Here is the protocol used in the study: Six repeats of 30-second all-out cycling followed by four minutes of recovery. Start the 30 seconds with a fast cadence and as much resistance as you can handle and within 10 seconds you won’t be able to sustain the cadence.

The interval should be performed at an intensity so great the 30 seconds will feel like 30 minutes. If you feel a bit queasy during the workout, you know you’re doing it right. The whole workout can be done in as little as 30 minutes. Ideally, due to their intense nature, these intervals should be safely performed on an indoor bike or trainer.

The purpose of high intensity interval training is to repeatedly stress the physiological systems that are used during activities like cycling. This stress results in cellular improvements that result in greater overall oxygen efficiency (VO2 Max) and lactate threshold.

The downside is that cardiac output, a measure of the volume of blood that can be pumped from the heart, an indicator of heart health, doesn’t see much benefit from this type of training. To keep things balanced, an interval program should be complemented by at least one long, sustained aerobic effort each week.

Louise Blais is completing a Masters in Applied Health Science while working as the General Manager at The Club at White Oaks in Niagara-on-the-Lake, Ont. With barely enough time to brush her teeth, she’s using HIIT to prepare her for a 14th year of mountain bike racing.