Canadian cyclists had some incredible results in 2018. Across race disciplines, Canadians distinguished themselves against the worlds best on dirt, the boards and tarmac, on roads inclined and flat, and on home soil and abroad. From world championship medals to stage race victories, there is no doubt 2018 was one of the best for Canadian cyclists in recent memory. Here are the top-11 performances in Canadian cycling in no particular order: 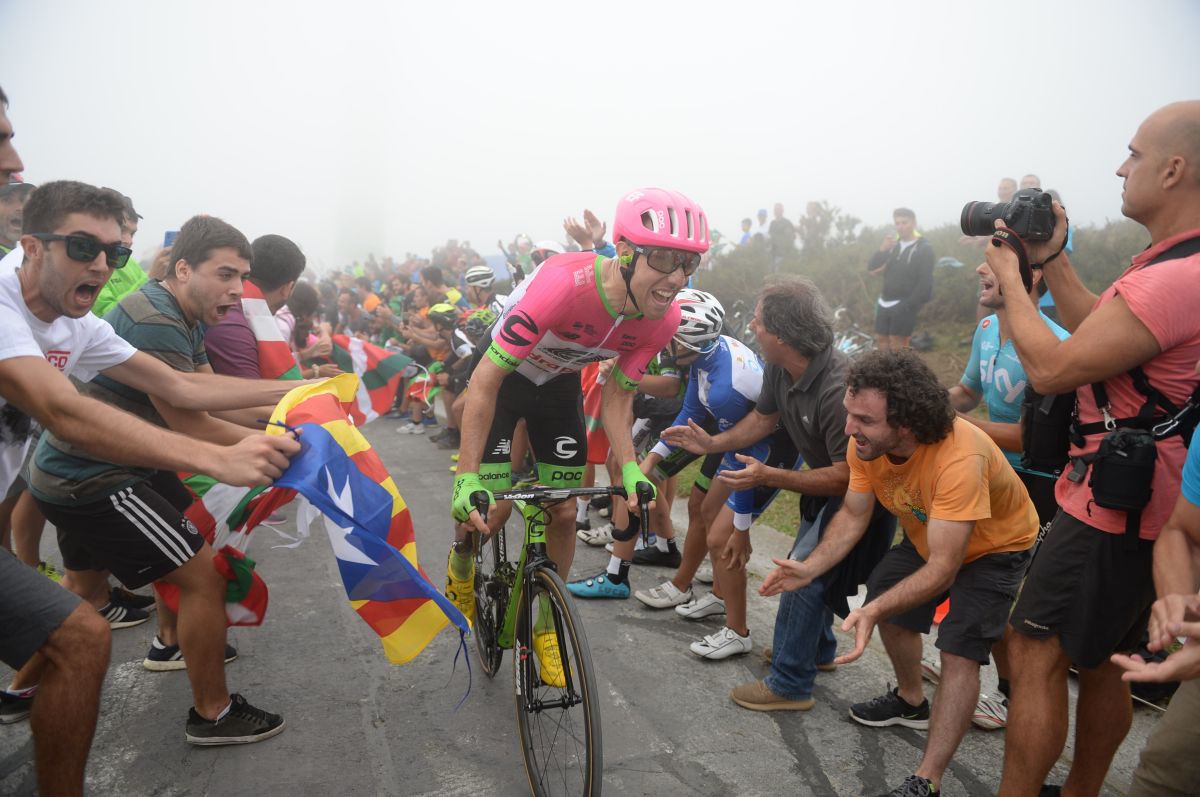 Michael Woods – Winner Stage 17 of the Vuelta a España

Michael Woods has been knocking on the door of a big win for a couple of years now and he finally got it on a mountaintop finish at the Vuelta a España. After finishing second at Liège – Bastogne – Liège, it was a huge win for Woods. It only became more so when he dedicated it to his stillborn son Hunter who had passed away at birth only weeks before the start of the race.

Haley Smith – Bronze at the Commonwealth Games in the Gold Coast

2018 was another big year for Haley Smith. After advancing steadily through the crowded ranks of women’s World Cup cross country racing, Smith started her season with a Commonwealth Games bronze medal on Australia’s Gold Coast. The hardware must have given Smith confidence. The Uxbridge, Ont. racer followed up with her first World Cup top-10, finishing eighth at home on Mont-Sainte-Anne, then jumped up to sixth at UCI world championships in Lenzerheide, Switzerland.

Sara Poidevin has shown she is one of the best climbers in North American cycling and one of the most talented under-23’s in the world. This season was her best yet. A great third place finish on Mont Ventoux at the Tour de l’Ardèche helped her to win the best young riders competition at the race. In California, she climbed to seventh overall and also topped the young riders competition. Earlier in the season she was second at the Tour of the Gila which was a sign of things to come. Poidevin finished her season in impressive fashion with 14th at worlds and was the top U23 rider in the race. 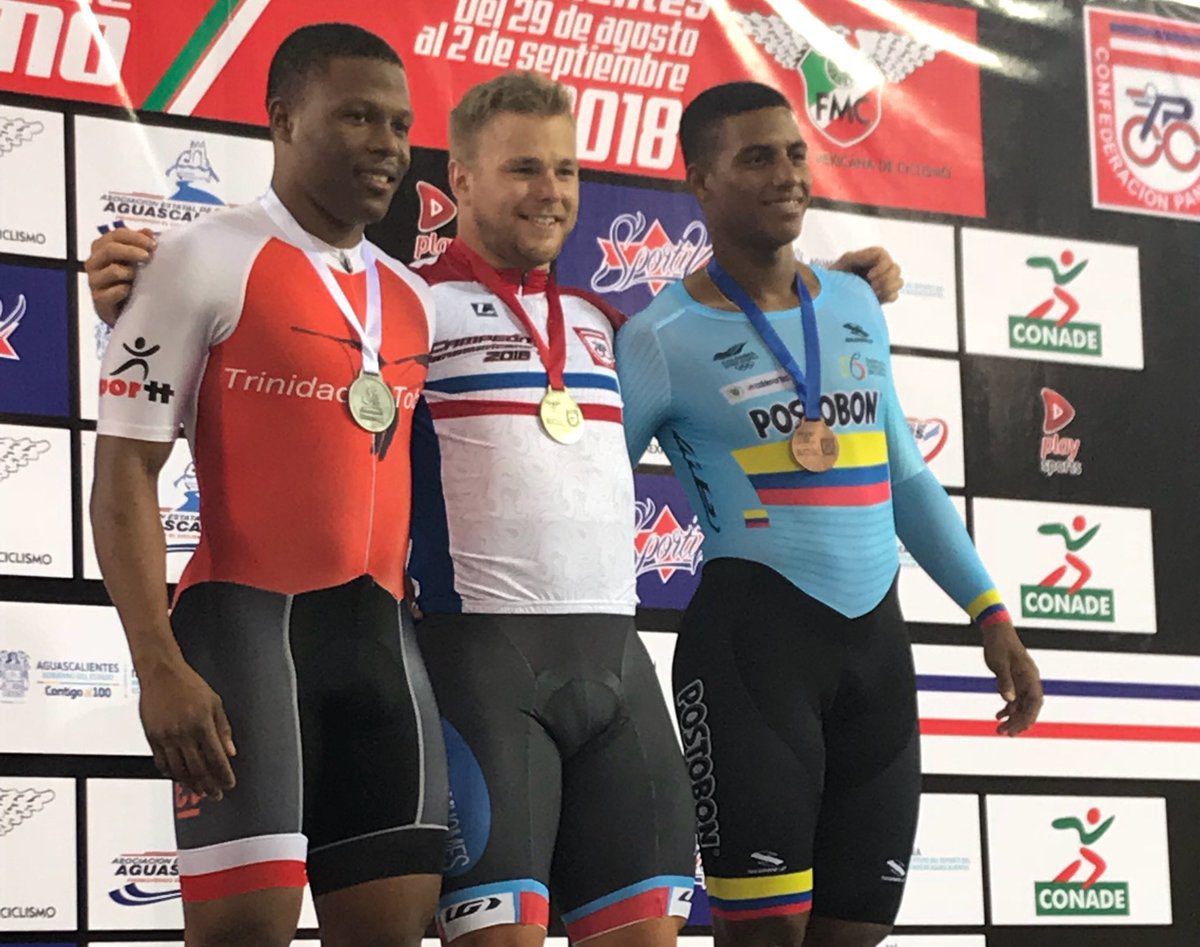 Hugo Barrette’s road to the 2020 Tokyo Olympics has gotten off to a stellar start. At the Pan American Track Cycling Championships in Aguascalientes, Mexico, Barrette finished the competition with two gold medals in the Keirin and the sprint. He didn’t stop there taking bronze at the UCI World Cup in Milton as he continues to build towards the world championships in 2019. 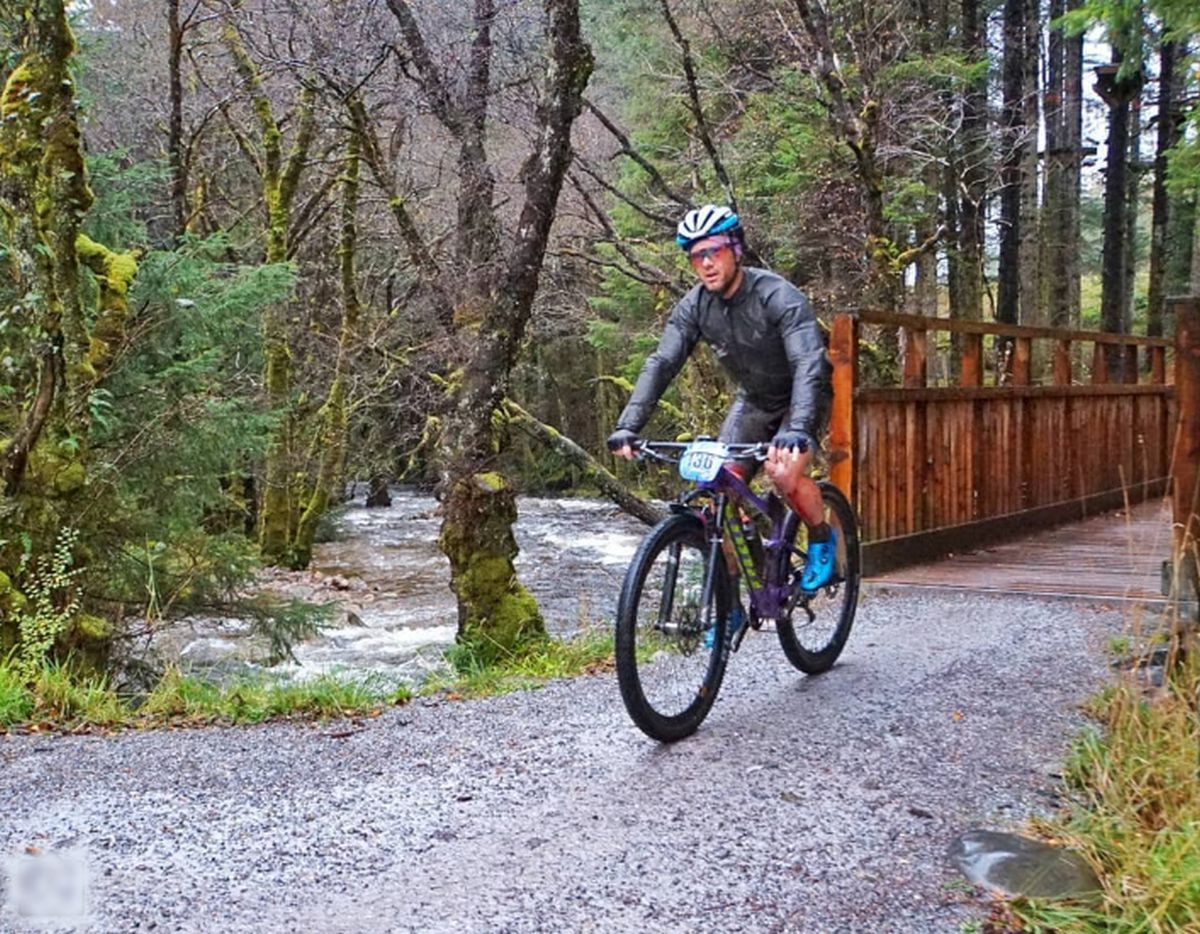 Few athletes consider a mountain bike marathon a “short” effort, but for Cory Wallace those events are a warm-up for the big show. The Jasper, Alta endurance athlete raced through constant rain to win his second straight WEMBO 24-Hour Solo mountain bike world championship in Fort William, Scotland. Wallace uses that fitness for more than racing, too. In November, he rode 220 km on Nepal’s Annapurna Circuit to raise funds for the country’s growing mountain bike program. 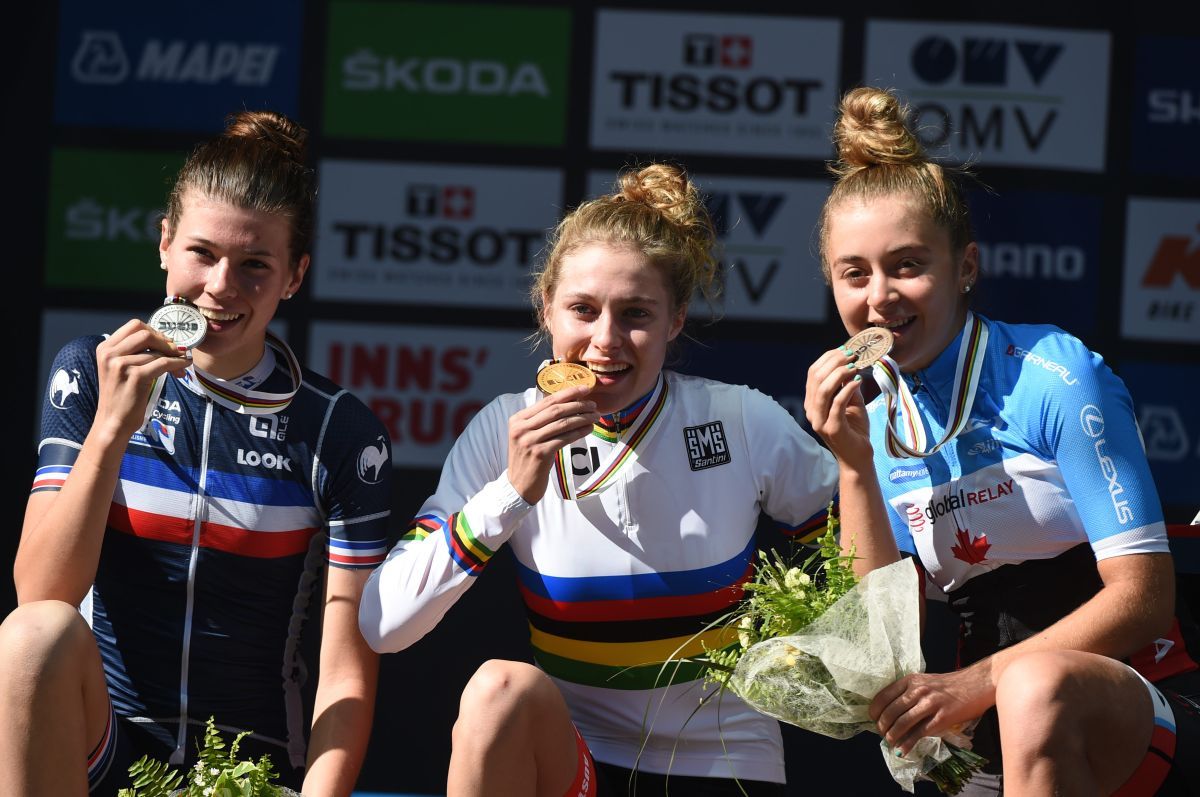 Simone Boilard is one of Canada’s most promising athletes moving through the junior ranks and at the world championships in Innsbruck, she reaffirmed her potential taking third in the junior women’s road race. The performance capped off a strong year that included the Canadian ITT and crit titles. Boilard will go professional with UCI team Twenty20 in 2019.

Over a ridiculously strong second half of the UCI XC World Cup season, Emily Batty finished either second or third at the final four rounds of the season-long competition. Her year culminated with third at the world championships in Switzerland where she battled with winner Kate Courtney and Annika Langvad for the title. Batty has become a consistent threat at international mountain bike competitions and 2018 was a very good year for the Brooklin, Ont. native. 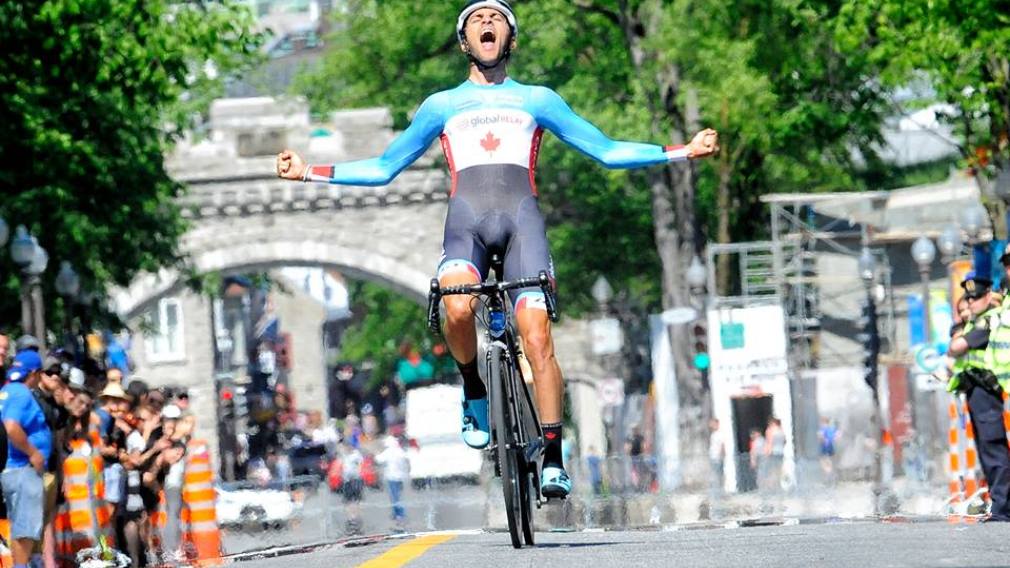 No Canadian had won the Tour de Beauce since Svein Tuft in 2008. Team Canada lined-up with a strong squad that included Tuft who was eyeing a result in the individual time trial while Montreal-native James Piccoli was the teams GC leader. On Stage 4 in Quebec City, Piccoli was on the attack with a strong breakaway and slipped away in the final laps of the circuit race. He took a brilliant stage win by 46 seconds and moved into the race lead with on stage to go. The win set Piccoli up for overall victory but a tactical stage in St. George followed and he held on for the biggest win of his career. He followed that result up with strong rides at the Colorado Classic, and World Tour races in Quebec City and Montreal. 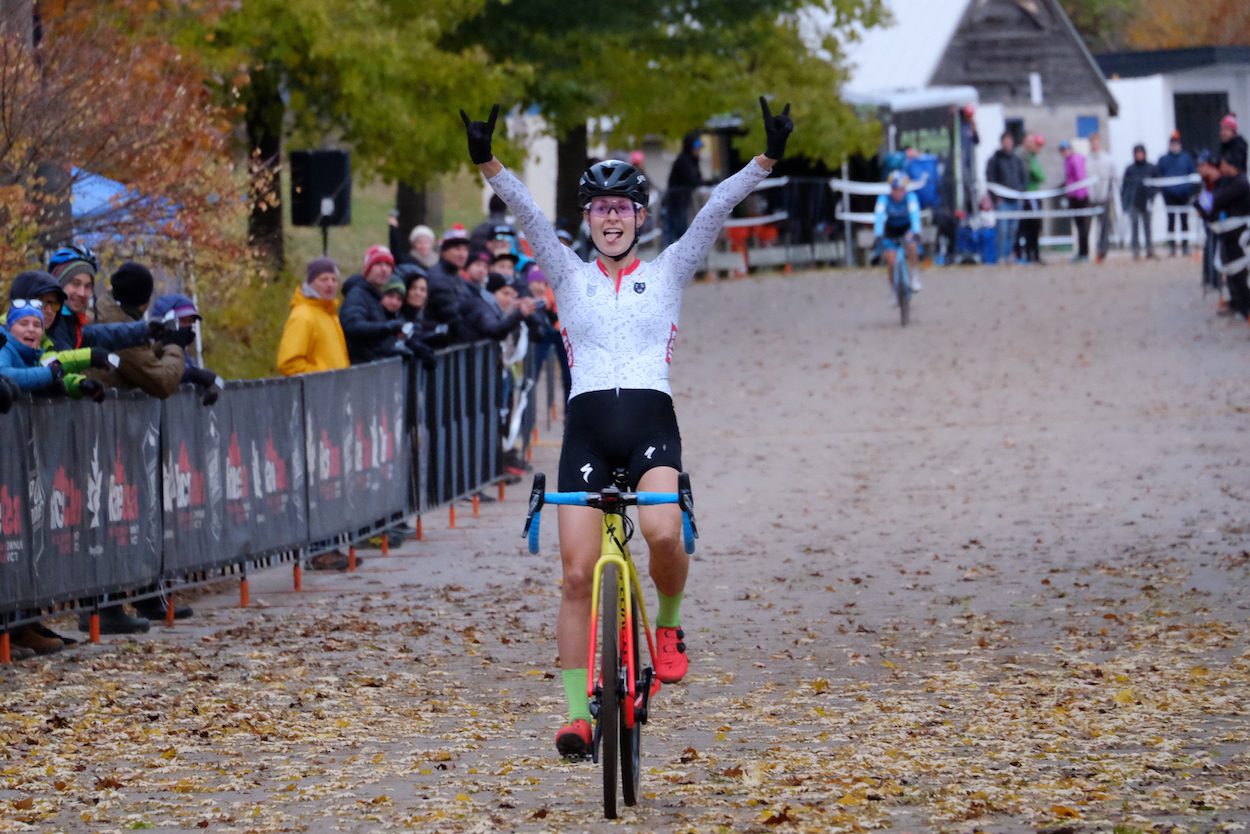 Maghalie Rochette Gold at the Pan Am Championships in Midland, Ont.

When Maghalie Rochette launched her CX Fever cyclocross program sponsored by Tenspeed Hero and Specialized you had a feeling the singular focus on cyclocross would pay dividends. It certainly did at the Pan Am race weekend at the Silver Goose where she was engaged in a close battle with Ellen Noble before riding away in the final lap to win the championship title, her biggest career win to date. She followed that up with the Canadian title as is now in the midst of a three month long European campaign. 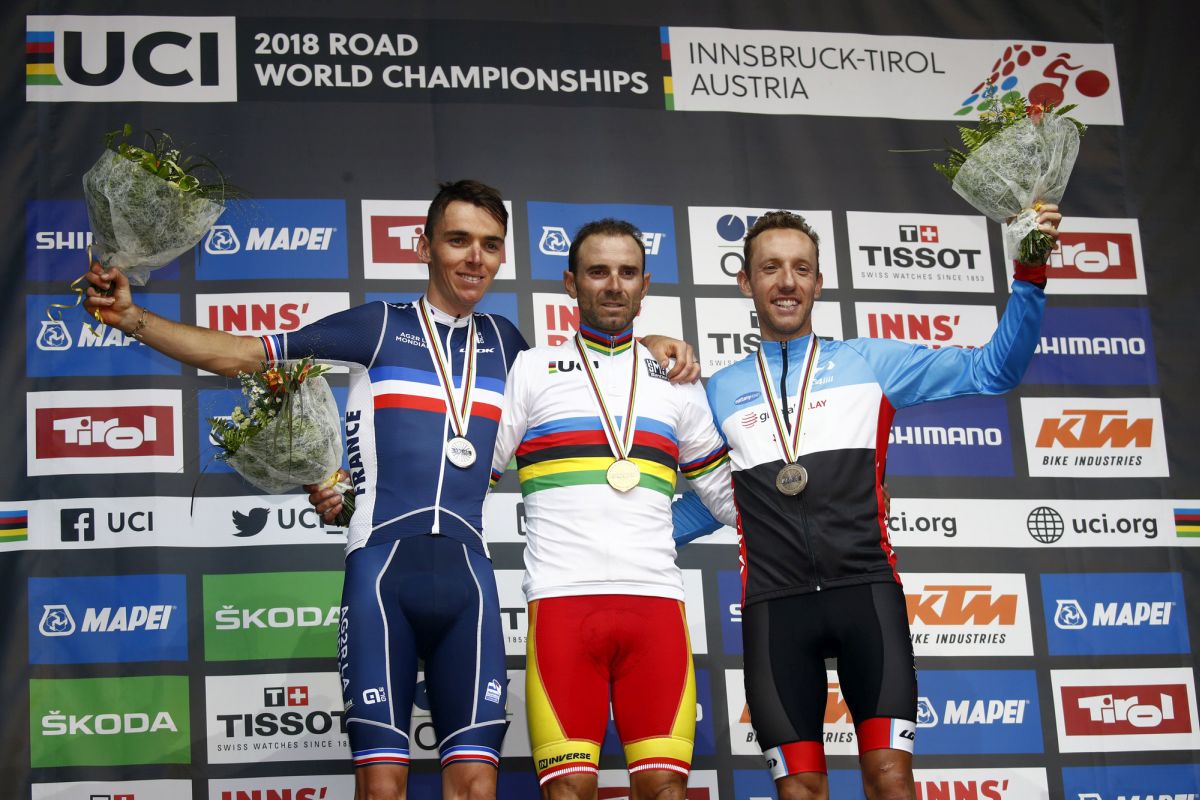 Arguably the most exciting moment in Canadian cycling in 2018 was the breathtaking elite men’s world championship road race where Ottawa’s Michael Woods stormed up the steep slopes of the Höttinger Höll climb in Innsbruck on his way to taking bronze. Woods unfortunately didn’t quite have the sprint to really be a threat to Alejandro Valverde who would claim his first world title but Canadians across the country were holding their breaths in the final kilometres of that exciting race. It was a tremendous ride to cap an incredible season for the former runner.

Shelly Gautier had a home crowd in as she completed her sweep of all six World Cup events of 2018. The Canadian athlete won both her Women’s T1 road race and time trial at the final World Cup, held in Baie-Comeau, Que. to complete the perfect season. The World Cup sweet added to Gautier’s two gold medals at UCI Para Road World Championships in Maniago, Italy earlier in August. The Canadian now has an incredible 13 world titles to her name. Gautier’s perfect season led a strong year for the Canadian Para Cycling team, which included more world championship medals and a record 12 World Cup medals at Baie-Comeau alone.