Although Zwift brings an entirely new definition to e-sports, it tries to maintain some fundamental similarities to real cycling: Power to weight ratios still apply, hilly routes will feel harder and each bike performs differently. That being said, the online training/racing platform is very different from lining up in real life (as many pro cyclists have discovered this year).

Teams like Rally have decided to lean into Zwift’s differences and have used them to their advantage, bringing on expert Zwift racer Holden Comeau as a coach/advisor for the team’s virtual races.

But Comeau isn’t the only one who has skills to bring to Watopia. Gamers will find that when you join the Zwift community there’s a bit of an advantage to having experience in the virtual world. Zwift is, in the end, a complicated multiplayer online video game, with individual playthrough (training programs), campaigns (everesting), and time-limited events (tour of watopia).

Here’s how gaming experience can help you on Zwift:

1. Grinding to level up

All gamers know the struggle of repeatedly performing a task in order to gain access to cooler features or to improve your character stats. In Zwift, you’re quite literally grinding away on your pedals, riding the extra few kilometres or pushing to climb a few extra metres when you’re close to the next level. Just like in traditional games, new levels unlock maps (like Alpe du Zwift) and gear, such as bikes, accessories and more. The ultimate reward for hours spent climbing is the Zwift Concept Z1 (popularly known as the ‘Tron’ bike)—the best bike in the game.

If you’ve ever gotten really into a video game, whether it was League of Legends, Tony Hawk’s Pro Skater 2, Call of Duty or Animal Crossing, you’ll know there is tons of literature online that can help you figure out how to master the game. Zwift is no exception. Websites like Zwiftinsider.com explain many of the more subtle tips and tricks of Zwift racing (such as pedaling hard right before a race starts) and break down maps and routes so you can scope out your race in advance. 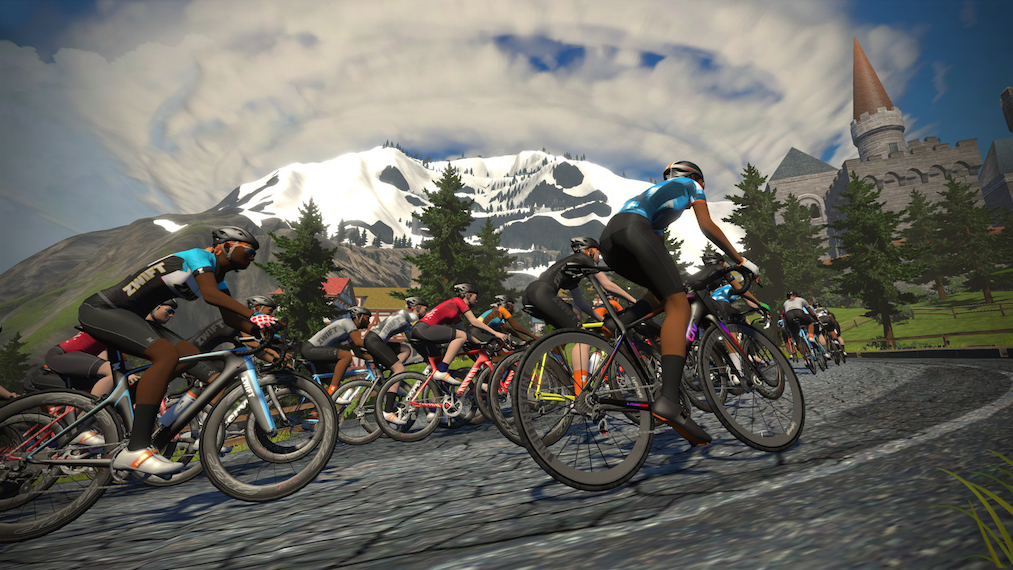 Non-gamers might not think to look for little extra features in Zwift, but just like many other video games there are a few easter eggs and cheat codes. For example, there’s a hidden single-track map and codes to unlock all the different kits (don’t worry there are no cheat codes for racing).

4. Avoiding lag and having the right hardware to run Zwift

Zwift is a heavy program, and many computers aren’t fit to run it. Fortunately, those who are into PC gaming will probably already have a computer powerful enough to handle Zwift. Equipped with a graphics card able to handle Zwift’s relatively basic graphics, PC gamers are also likely to have already optimized their internet connection to avoid lag and dropouts (the worst way to end a Zwift race).

5. Using the gaming features to their advantage

The strategy aspect of racing is still very present in Zwift, but experienced gamers will be able to use the gamified elements to their advantage. There are strategic ways to use power-ups and it’s important to know which ones to hold onto and when to deploy them. Drafting, while slightly different from real life, still has very specific rules of physics associated with it in the game and can be used to great advantage by riders.