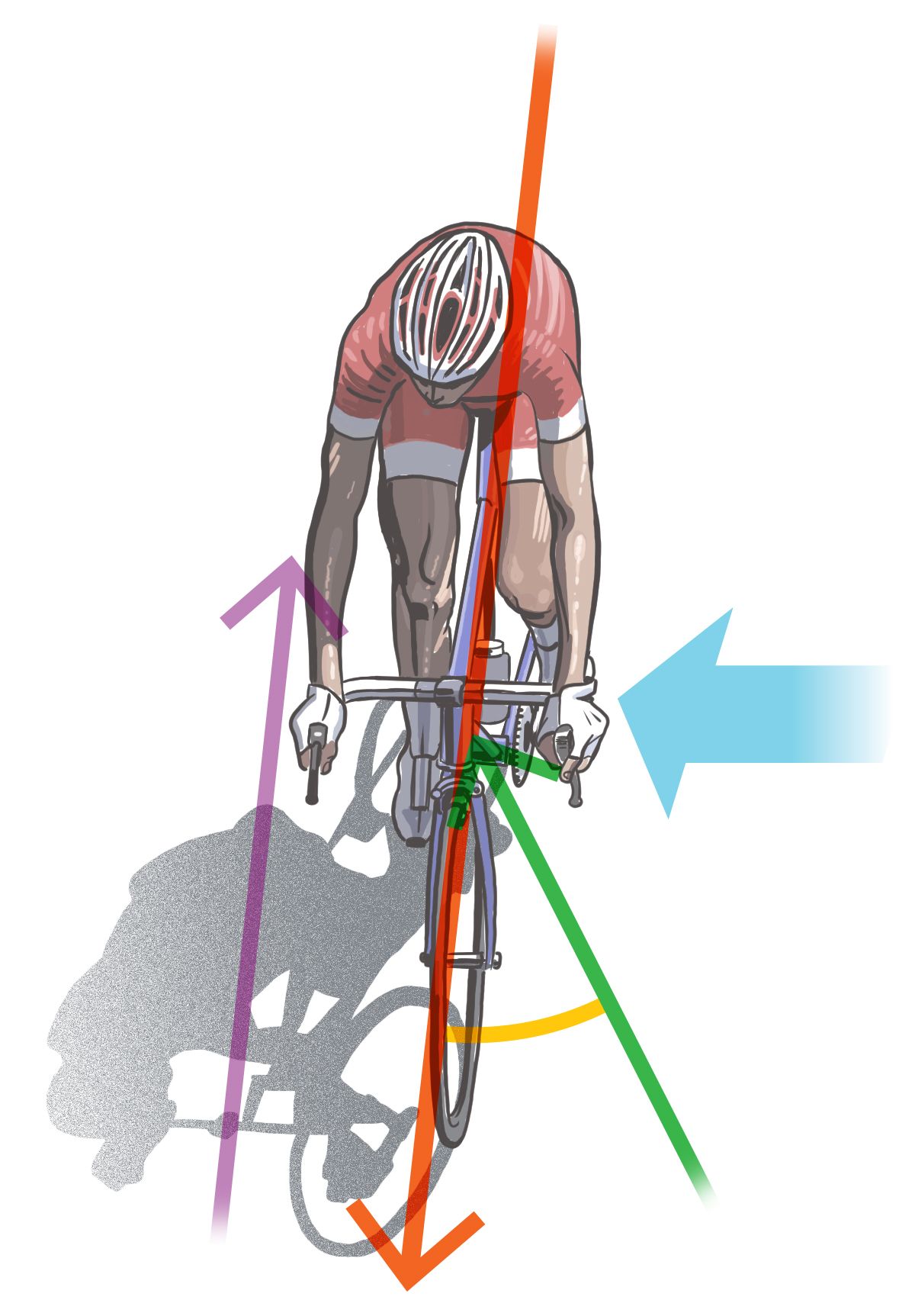 Most cyclists who start out riding solo before joining a group ride will find themselves blown away by the amount of energy they can save by drafting properly. The wind might provide resistance that can make you stronger, but in race situations or in fast group rides, the air is a major consideration.

“The wind is not our friend and we have to try to make it our friend,” said Jeff Schiller, an elite racer in London, Ont., and head coach at Epic Sports Performance. “Riding in the wind with others is an important skill to learn,” he said, adding that most riders start with basic pacelines.

RELATED: Top 5 windiest places to ride your bike in Canada

“A good example of a single paceline is what you see often in a team time trial,” Schiller said. “Generally, a team uses a single paceline to give as much of a slipstream as possible.” The “slipstream” or “draft” is the reduced air pressure behind a rider leading into the wind. You can save from 20 to 40 per cent of your energy in the draft of another rider, depending on how fast you’re moving. In a single paceline, your group moves like a bulldozer track, as riders circulate to the front of the line, hit the wind and then drift back. It’s essential that everyone move at a constant speed. It’s not uncommon for novices to start pulling too hard and for too long at the front.

The double paceline is more common in lower-pressure riding situations – think a big group on your club ride. “You’d probably never do a single paceline with 15 or 20 people. It’s not efficient. With a bigger pack, it’s easier and safer to double up to move the group along the road,” Schiller said. With a double paceline, in a non-race scenario, the group rides two-up. The two riders at the front pull swing off to their respective sides when it’s safe to do so. 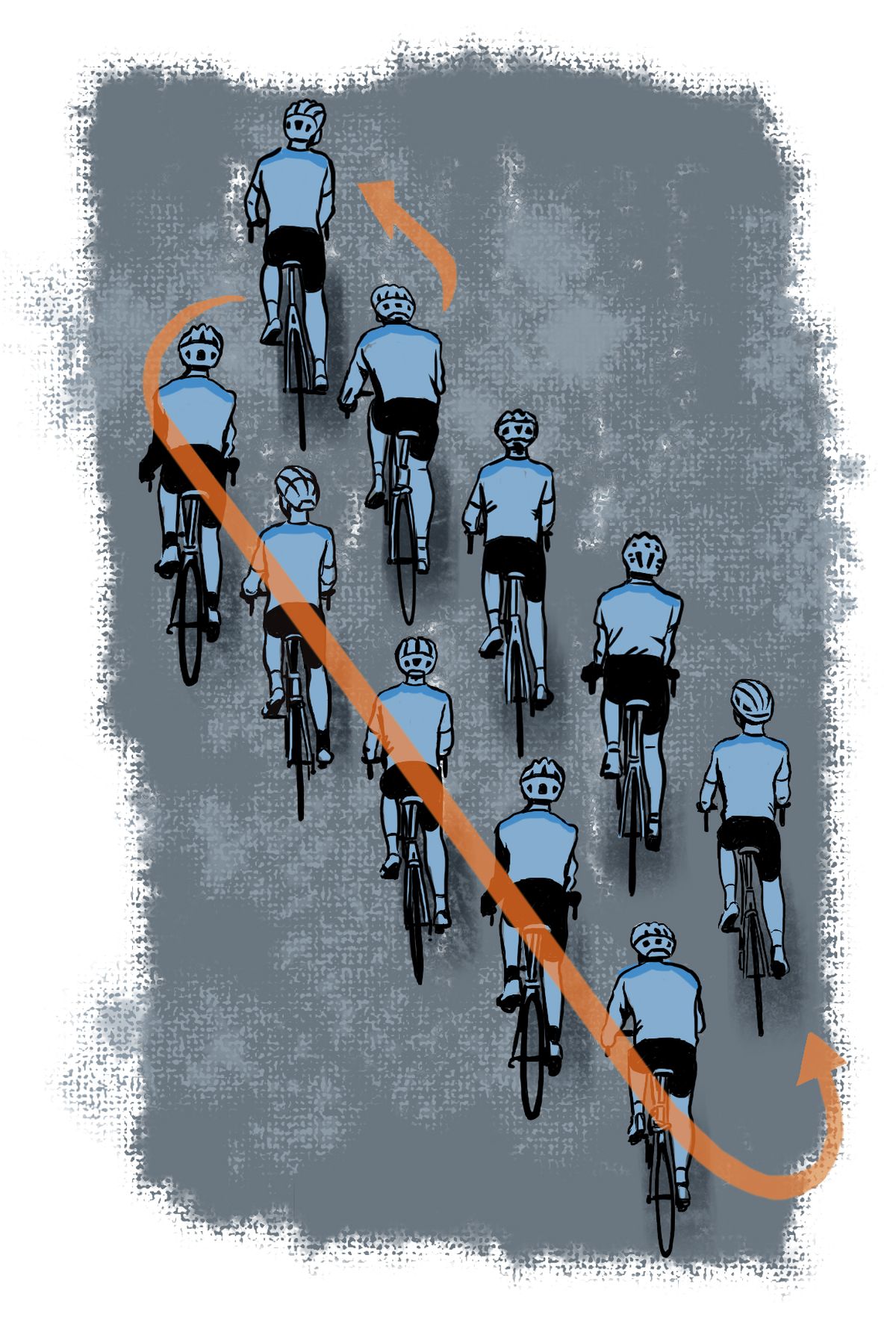 When a group faces serious crosswinds during a race, the echelon is the formation of choice. In theory, an echelon is simply a diagonal single paceline. If the wind is coming from the left side of the road, the leader of the group will be on the left and the others will trail off to the right. Riders in the front “track” will move upward to the left, while riders in the back “track” will drift to the right.

Ag2r-La Mondiale rider Hugo Houle, who’s participated in windswept races such as the Tour of Qatar and Gent-Wevelgem, gives an unequivocal “No” when asked if riders can really practise echelon riding outside of a race. Amateurs can’t usually take up a whole road with their echelons. Lower-level races with yellow-line rules don’t allow for proper echelons to form. Tactically, the echelon is much more than a diagonal paceline.

“An echelon happens so quickly,” Houle said. “You just have a few seconds to realize that it’s going to form. Then you have to get to the front as fast as you can because it’s really hard to get back on otherwise. Once you’re in, you want to stay in. You have to take your pull. It’s not a good thing to try to stay at the back. If there’s a team working and its riders kill the echelon, you’ll be the first one to get dropped.”