It is important to adjust your eating when you reduce your riding in the off season. Yet, many of the Lycra crowd eat as much, if not more, during hockey season as during cycling season. In spring, it can show on your waistline. Darn, those oh-so-dangerous holidays. Just remember that what you eat now can play a big role in how you perform when the outdoor cycling season finally rolls around again so with that in mind, here are some healthy strategies you can use to stay summer lean over the winter.

Unless you are lucky enough to hibernate in Arizona or Girona, it’s likely you’ll experience some reduced mileage and intensity between late fall and early spring. In turn, calorie requirements also drop. “This should be accomplished through a combination of smaller portions and consuming fewer energy dense foods,” says Kelly Anne Erdman, a sports dietitian at the University of Calgary Sport Medicine Centre and former Olympic cyclist. She recommends keeping your kitchen stocked with summer and winter plates, the former for the larger portions needed to meet increased calorie requirements with the latter making it easier to stick with better portion control when energy needs are less. “Habitual plate volume can lead to winter overeating,” Erdman notes. 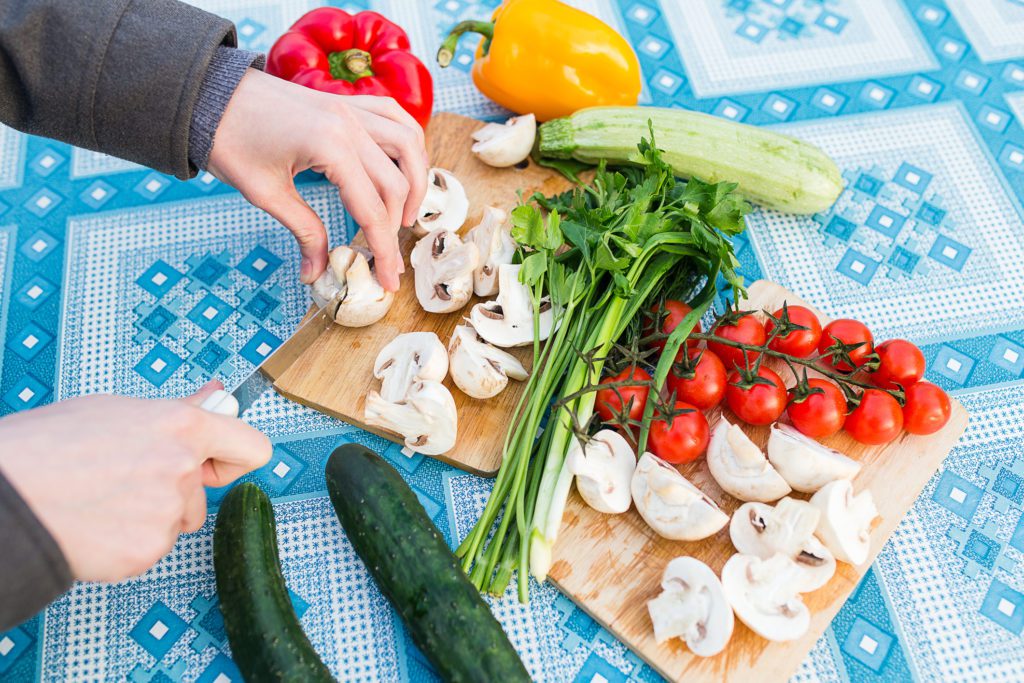 The trick to feeling satisfied on less is to eat plenty of low-calorie, high-volume foods like vegetables, water-rich fruits such as grapes and broth-based soups. Since it looks like you are eating a lot of food, you’ll feel fuller on fewer calories. So instead of having 2 cups of pasta, try 1 cup pasta mixed with a cup or two of steamed broccoli.

To sidestep winter Buddha belly, it’s often a good idea to adjust your carbohydrate intake based on volume of exercise. High training loads during the summer months typically mean the need for higher carbohydrate intake. But when the season tapers down and calories burned from endurance exercise lessens, it can be a good idea to swap out some of your carb grams with those from protein. “Eating more protein makes it easier to get by on fewer calories since it does a better job at promoting satiety,” Erdman says. Our bodies also burn more calories to digest and process protein than than they do from carbohydrates. And a few extra grams of protein can also make it easier to hold onto metabolism revving lean body mass. For these reasons, studies show that higher protein diets can be helpful in maintaining healthier body weights. In general, your off-season daily calories should be made up of 45 to 55 per cent carbs, 25 to 35 per cent protein and 20 to 25 per cent fats. You want to aim for 25 to 30 grams of protein at each meal and about 10 to 20 grams with snacks. On days when you might spend a significant amount of time on the trainer or other pursuits, such as fat biking or cross-country skiiing, Erdman says you can then bump up carb intake closer to what you would during peak cycling season to sustain your performance. 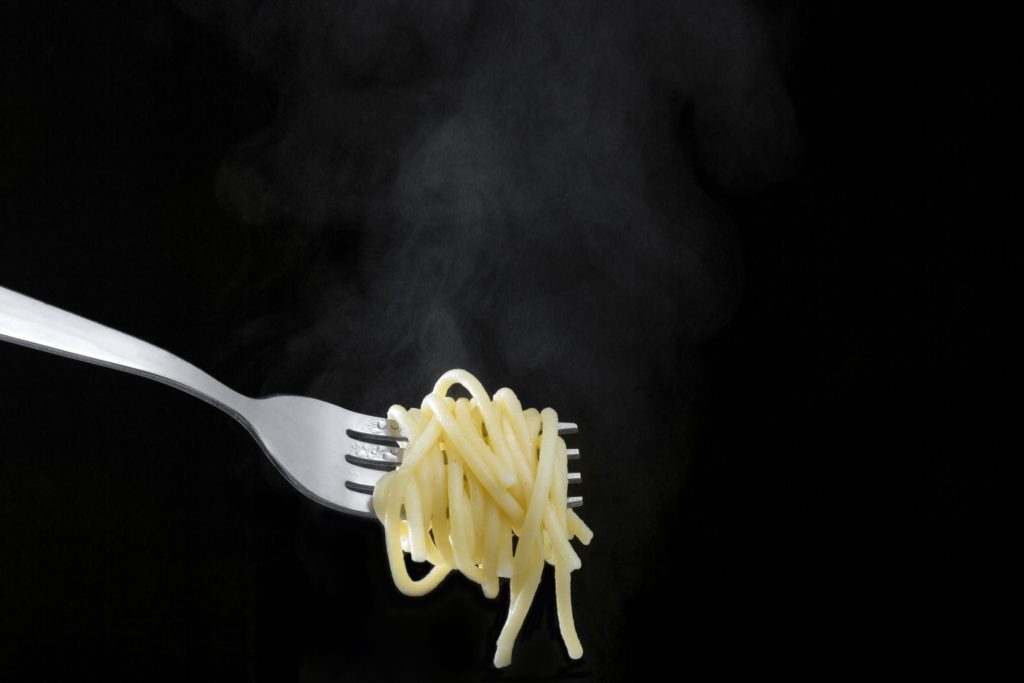 You need not obsess about counting every gram of carbohydrate or protein. “At each meal, try to devote half of your plate to vegetables, one-quarter to starch, like quinoa or rice, and the remainder to a protein such as fish, tofu or chicken,” advises Erdman.

If you want to stay on good terms with the scale, it’s essential that you spend more time dining in. “When you dine out too often, you lose control of what you are eating. Purchased meals are notorious for their hidden calories,” Erdman explains. No wonder research shows that those who eat out frequently are more likely to be overweight and less likely to meet all their nutritional needs. And it’s not just trips to the golden arches that are going to have waistline repercussions. A 2016 study in the Journal of the Academy of Nutrition and Dietetics determined that family-style sit-down restaurants dish out entrees that, on average, have 35 per cent more calories than meals from fast-food establishments. The upshot is that a huge part of your off-season eating plan should include meals and snacks that feature you as the chef. After all, if you’re spending less time training, why not invest some of those free moments on another healthful activity like cooking. 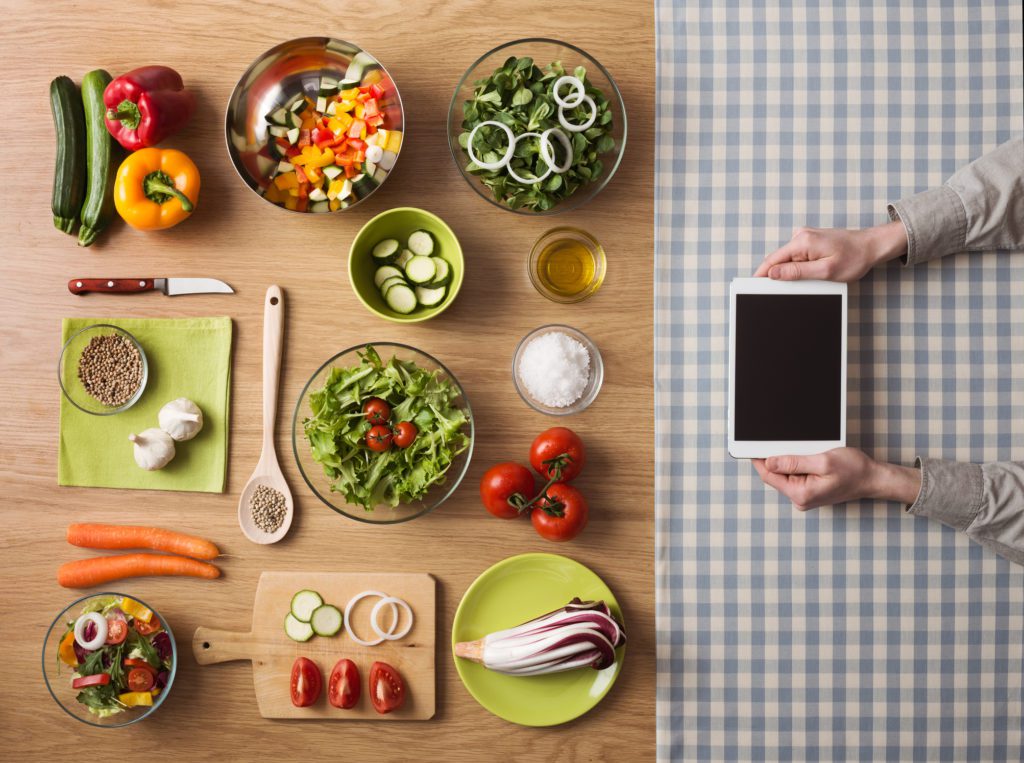 To get excited about cooking again, pick a new recipe or a couple of new foods to try each week. Visual potluck sites such as foodgawker.com or tastepotting.com can inspire you to cook up a storm.

Live in the present

As with your eating habits, you should also match your food itself to the season. That means you should take a pass on the bunch of asparagus from Peru and juiceless strawberries from California. Instead, focus your shopping efforts on cold-loving fruits and vegetables. Seasonal items, such as beets, pears, turnips and hearty greens like kale, can infuse your diet with better flavour along with maximum nutrition potential. The more nutrition you get for your buck, the easier it will be to hop back on your bike in the best health possible. When it comes to out-of-season foods, such as berries and corn, Erdman suggests seeking them out in the frozen food aisle. “Since they are frozen quickly after harvesting, they can be more nutritious than fresh versions shipped in from afar,” she says.

RELATED: The proper way to pedal with one leg 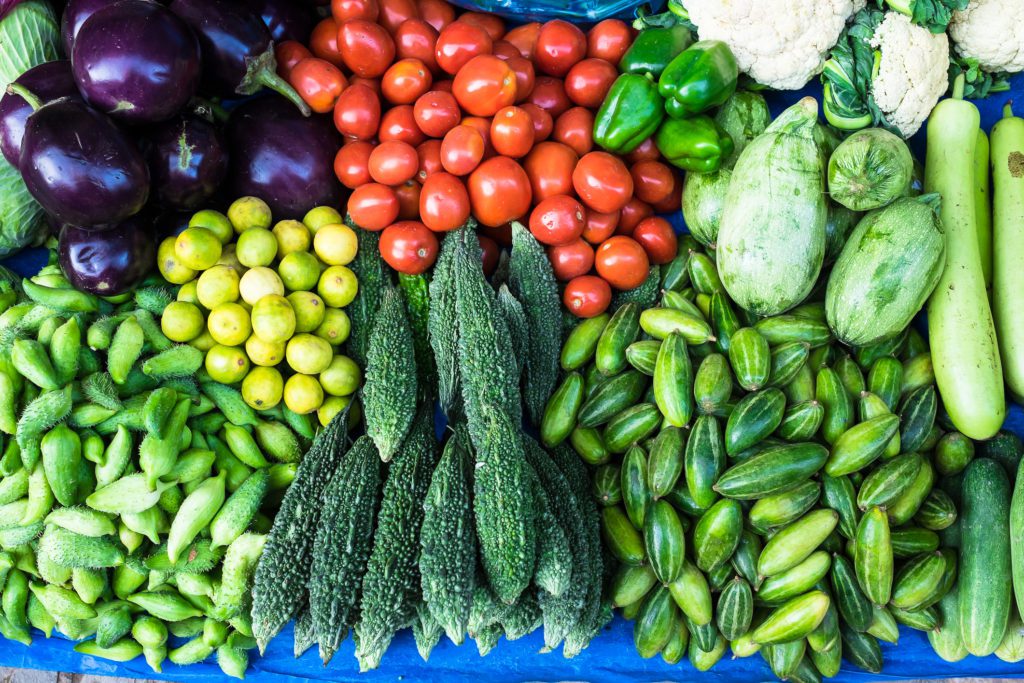 Farmers markets are not just for sunnier days. Many cities now run markets year-round where you can load up on seasonal foods grown closer to home.